21 tech gift ideas for every budget

Dec 2, 2019 6:25 PM PHT
Rappler.com
Facebook Twitter Copy URL
Copied
From audio-capable sunglasses to retro consoles, here's a list of interesting gadgets to pick up if you need some gift inspiration 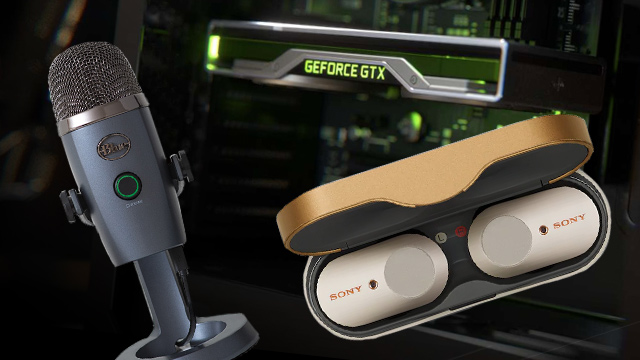 MANILA, Philippines – Oftentimes, you know exactly what material gift the special people in your lives would appreciate for Christmas. But in some cases, they can be a bit vague. “Ikaw na bahala,” they’d say. Great. Now, you’d have to rack your brain for something that, aside from peace and love, will truly give them endless joy – well, at least until Apple comes along with the iPhone 12.

So here’s us helping you out with a couple gift ideas, from cheap to uber expensive, that your signifant other, favorite sibling, BFF, parents or you yourself will actually make use of. 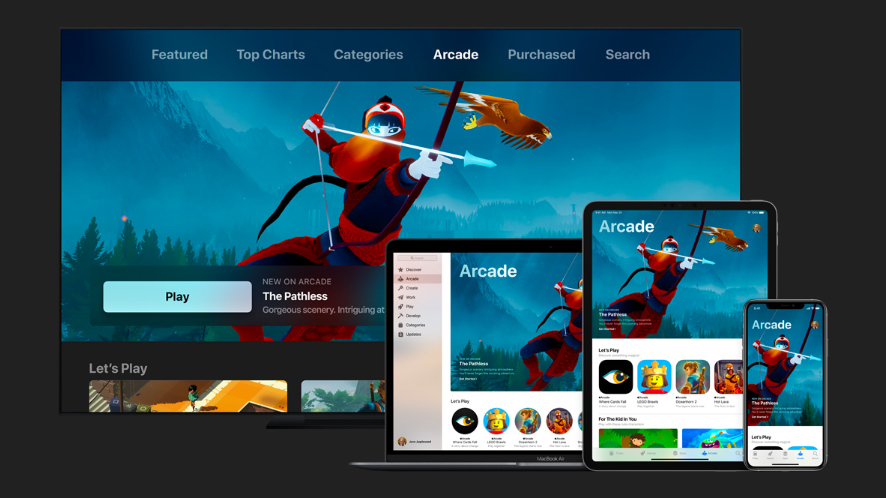 In case you missed it, Apple’s making a pivot to services this year. But the best of the bunch has been their Apple Arcade games. For P250 a month, you get about a hundred games that attempt to not feel like a traditional mobile game that sometimes nickel-and-dime you with in-app purchases. While there are bot standouts and busts, Apple Arcade games, in general, are designed to give players a satisfying experience without asking for any other in-app purchases. 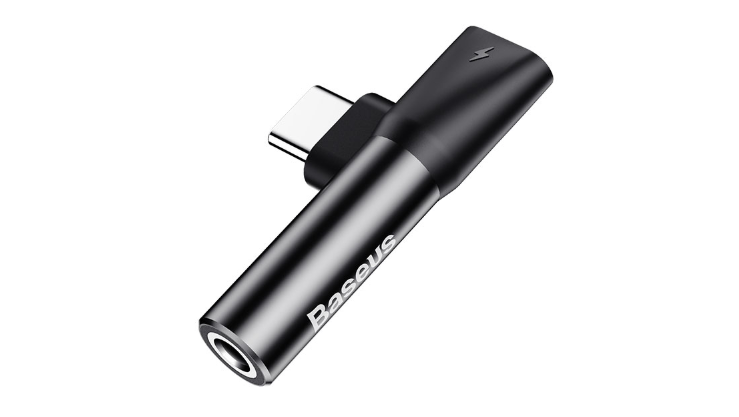 Here’s something practical for all the times we need to charge while listening to music on our smug, new USB-C-equipped smartphones.

There’s one for iPhone users too. 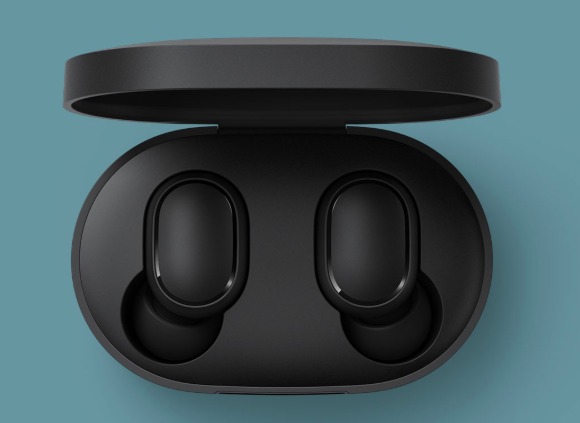 Huawei and Samsung both have true wireless earphones that are so much cheaper than Apple’s popular AirPods. But Xiaomi undercuts them all with the Mi AirDots, a 2,000-peso pair that has been noted for its nice looks, good sound quality, and easy connectivity. There’s also a more expensive version priced at P3,490 with noise-canceling features. An affordable option for those who’ve always wanted to try truly-wireless pairs. Just be careful when ordering online as there have been reports of counterfeit versions that may break easily. Available at Xiaomi stores and tech stores. 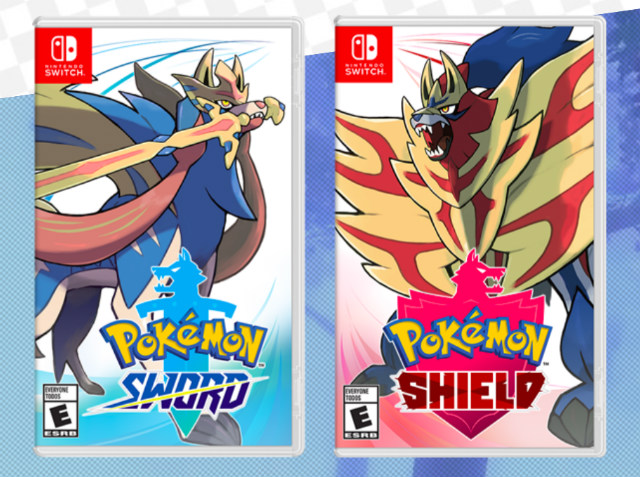 Set in the UK-inspired Galar region, Pokemon Sword and Shield is the latest mainline entry into the massively popular Pokemon series of games. It introduces a new generation of Pokemon along with new gameplay enhancements and mechanics like the ability to “Dynamax,” which turn Pokemon into giant versions of themselves. It’s one of the hottest games of the season. If your special someone doesn’t own a Nintendo Switch though, get them either Death Stranding on PS4 or Red Dead Redemption 2 on PC. Available at local game stores. 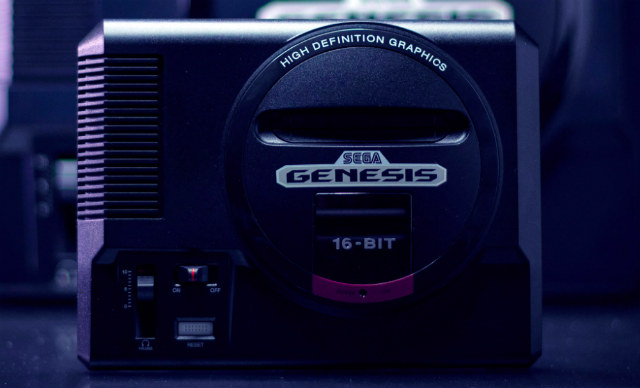 Step aside, Nintendo. There’s a new retro star in the yard – the Sega Genesis Mini. It’s a modern reproduction of the iconic console, complete with replicas of the original control pads and over 40 beloved classic games like Sonic the Hedgehog and Streets of Rage. If the person you’re giving this to grew up in the ’90s, there’s no way they won’t love this – unless of course, they were adamantly, violently pro-SNES back in the day. In which case, try looking for mini-SNES released last year instead. Available at local game stores. 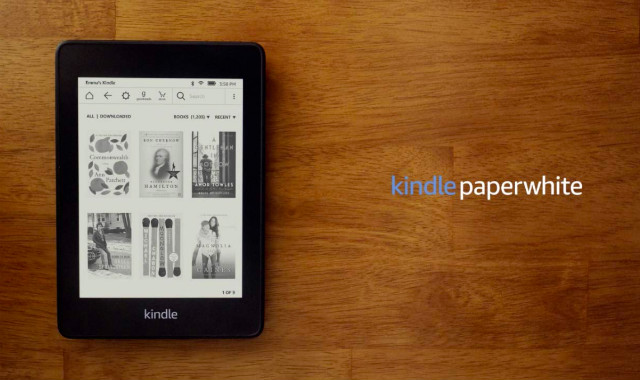 The Amazon Kindle Paperwhite doesn’t really look significantly different from the company’s other e-readers, but it received some noteworthy upgrades under the hood. For one, it’s thinner and lighter, making it good for on-the-go reading. You also now get 8GB of storage instead of 4GB. Best of all, it’s now fully waterproof in case you want to read a book while bathing. But the absolute best of all? It still has that beautiful E-Ink screen that mimics how printed works look on real paper, and a resolution of 300 pixels per inch, said to be the best resolution for text readability. Like the dog camera, you’ll have to get creative snagging one of these as it’s not officially distributed locally. 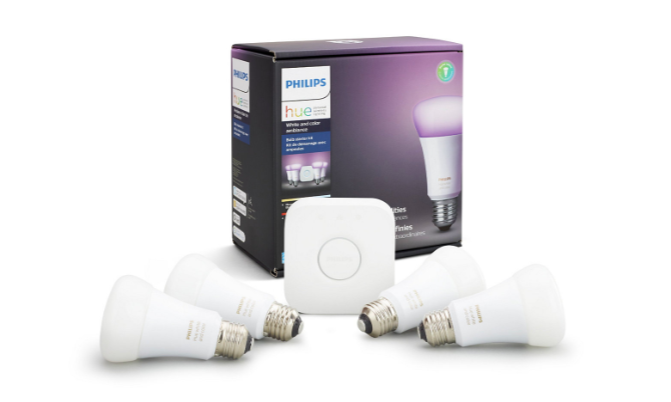 Bring your room to the future by installing Philips Hue smart lights that you can fully take control of. These LED lights let you personalize your home or room lighting experience with over 16 million colors to choose from. You can even sync your lighting choices with your music, games, or movies on an app, allowing you to easily create an immersive entertainment experience in the comfort of your own home. Available in select retail stores and on Lazada. 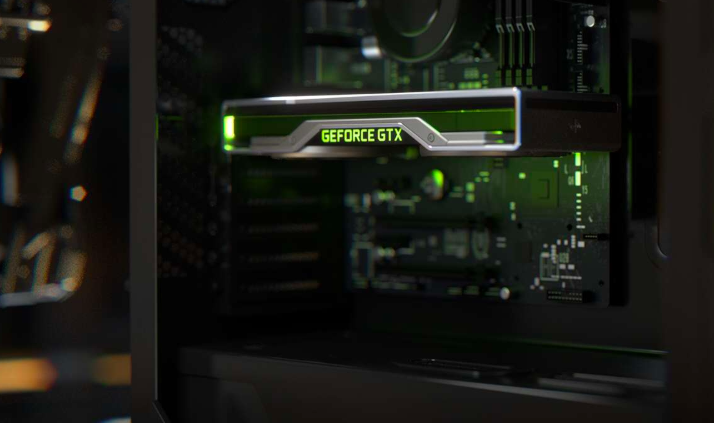 What’s that? Your sibling had your parents buy a desktop computer for school purposes but wasn’t allowed to get a graphics card? This GTX 1650 is a good choice, able to run most modern games smoothly at 1080p resolution. It sits at the lower end of the company’s lineup of cards, but for less demanding games like, say, Fortnite or Overwatch, it more than gets the job done. If your special someone is looking to upgrade from a budget graphics card, a GTX 2060, which is around P20,000 may be what you need. Available at computer stores. 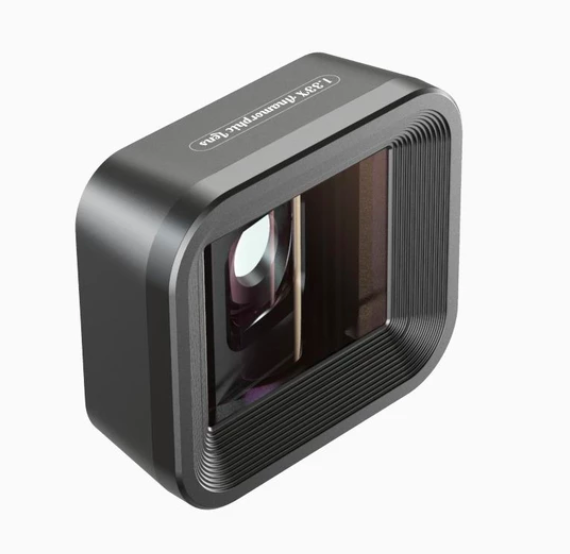 It’s not exactly ideal to use a mobile phone to shoot a movie. Sure, some movies have been shot using phones in the past, but they pale in comparison to real movie cameras in terms of video quality and cinematic look. But with the Apexel Anamorphic lens for phones, you get closer to that Hollywood look. The attachment lets you capture more in the frame with a 24:1 Cinemascope look, and also captures lens flares. A cool toy to have for anyone who has dreamed of shooting an entire movie with just a phone camera. Order from its website. 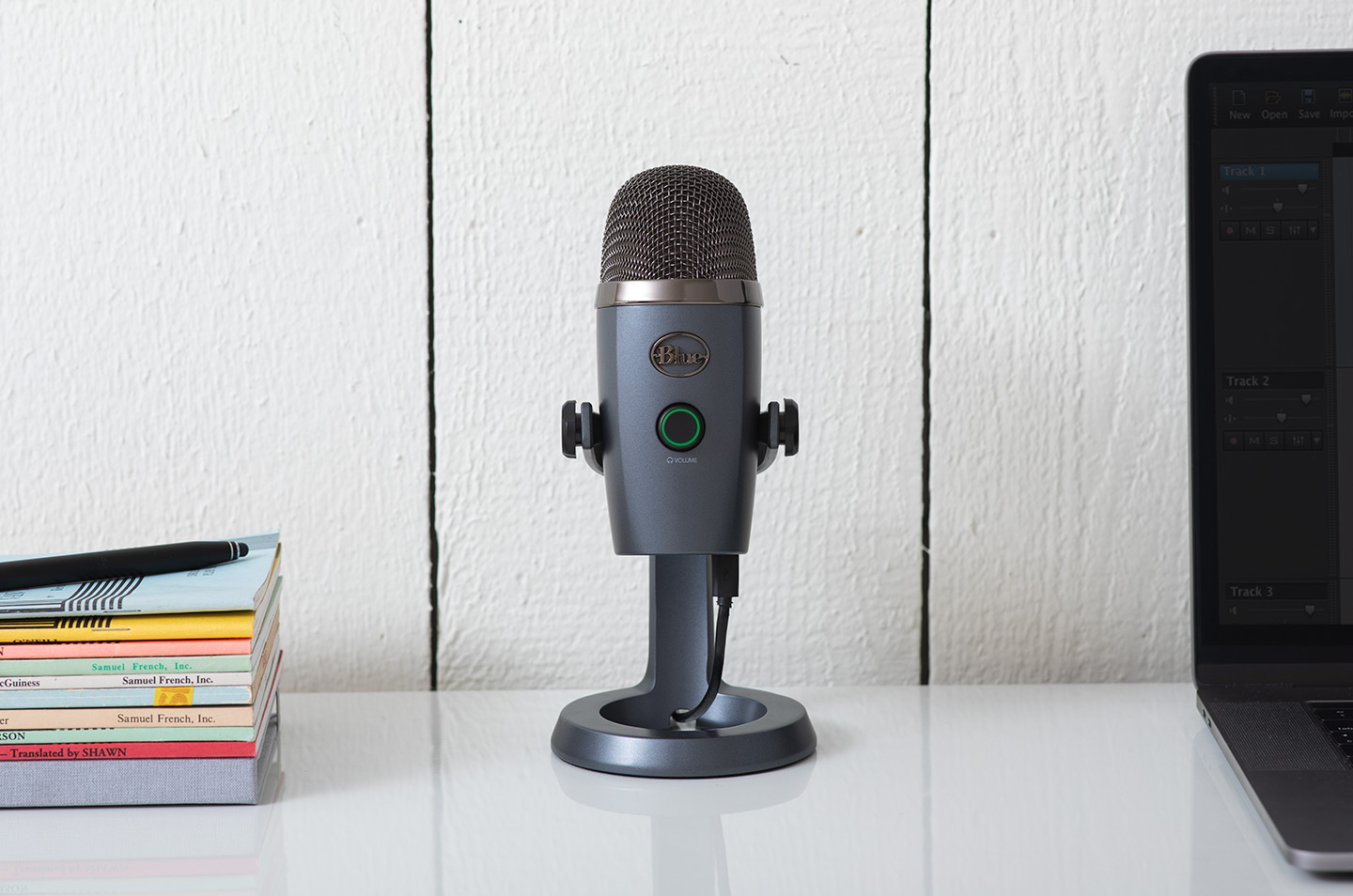 While some dream of making movies, some just want to do a podcast. Aside from personal wit, you need crisp audio if you’re going to do a podcast, otherwise listeners just tune out. While you can certainly get something much cheaper, the Yeti Nano condenser mic records broadcast quality audio, is among the best-reviewed this year, and is for those who want to take podcast recording just a little bit more seriously than their neighbor. It also offers different pickup pattern modes depending on how many people are recording. Available on Lazada. 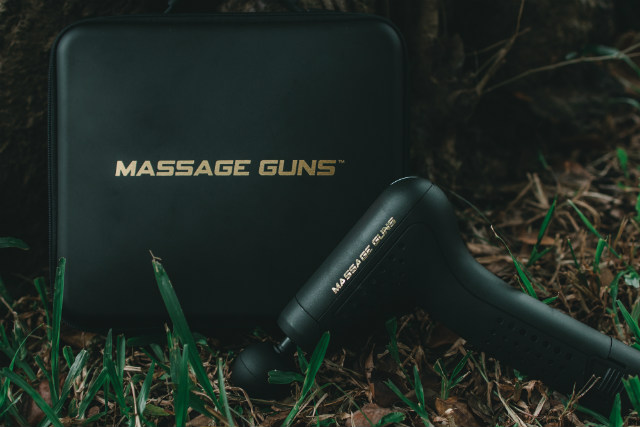 Here’s something for the after-work athlete. A brand endorsed by volleyball star Denden Lazaro, Massage Gun makes “percussive theraphy” devices, which are essentially vibrating self-massagers designed to relieve muscle pain caused by exercise. There are several brands in the international market such as Theragun and Hypervolt, but what makes the Titan attractive is its comparatively cheap price of P10,499. A good addition to the athlete’s toolkit. Available at their official Philippine site. 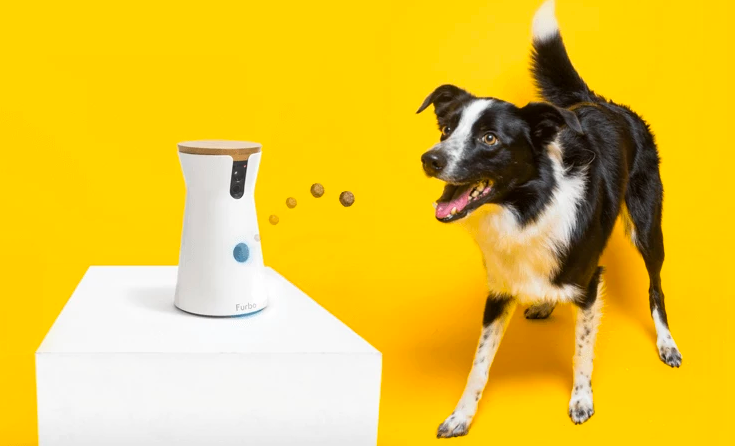 For your special someone who just can’t be away from their dogs. Equipped with a camera, it lets users see what the dog is doing through a phone app. It alerts the pet-parent when the dog is barking or is highly active, allows them to speak to their dogs via the device’s speaker, and tosses treats with the push of a button. It’s basically a security camera with dog-centric features, with testimonies on the product’s site saying that it’s helped save dogs’ lives a few times. The only problem? You’ll have to import as it’s currently not distributed locally. 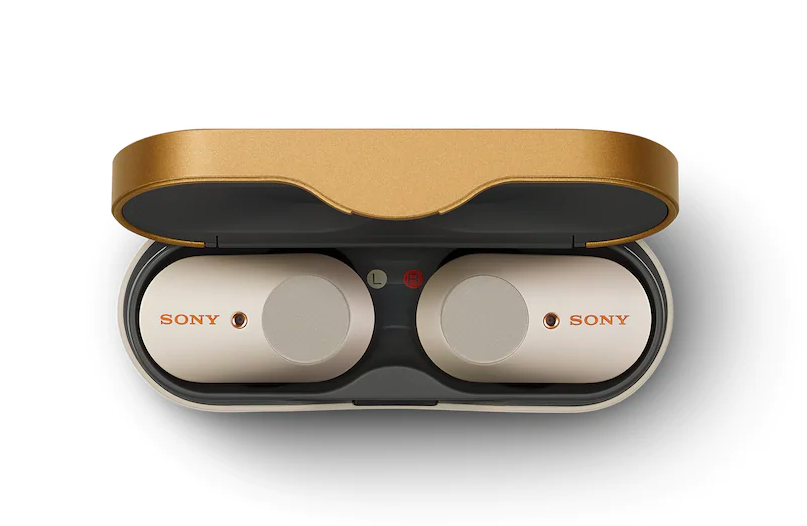 If it’s sound quality you’re after, this pair from Sony’s hard to beat, constantly placing on the top of best-of lists this year. The pair has been noted for its excellent sound quality, exceeding what most expect from in-ear headphones, paired with great battery life and great active noise-cancelling tech. Available at local stores. 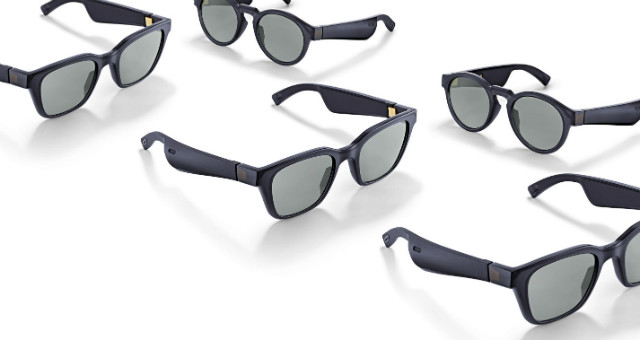 A hybrid device that looks cool and actually works. It comes in the classic Wayfarer shape and another with a rounder profile, and high-tech bone conduction technology. “They look good enough that I ended up wearing them even when not listening to music. And when you do switch them on they sound surprisingly good, with rich audio that sparkles with the right track,” says The Guardian. It’s expensive at $200 but considering some high-end shades fetch that high a price too, this fancy unit might just be justifiable for the hardcore technophile. Available at Bose stores. 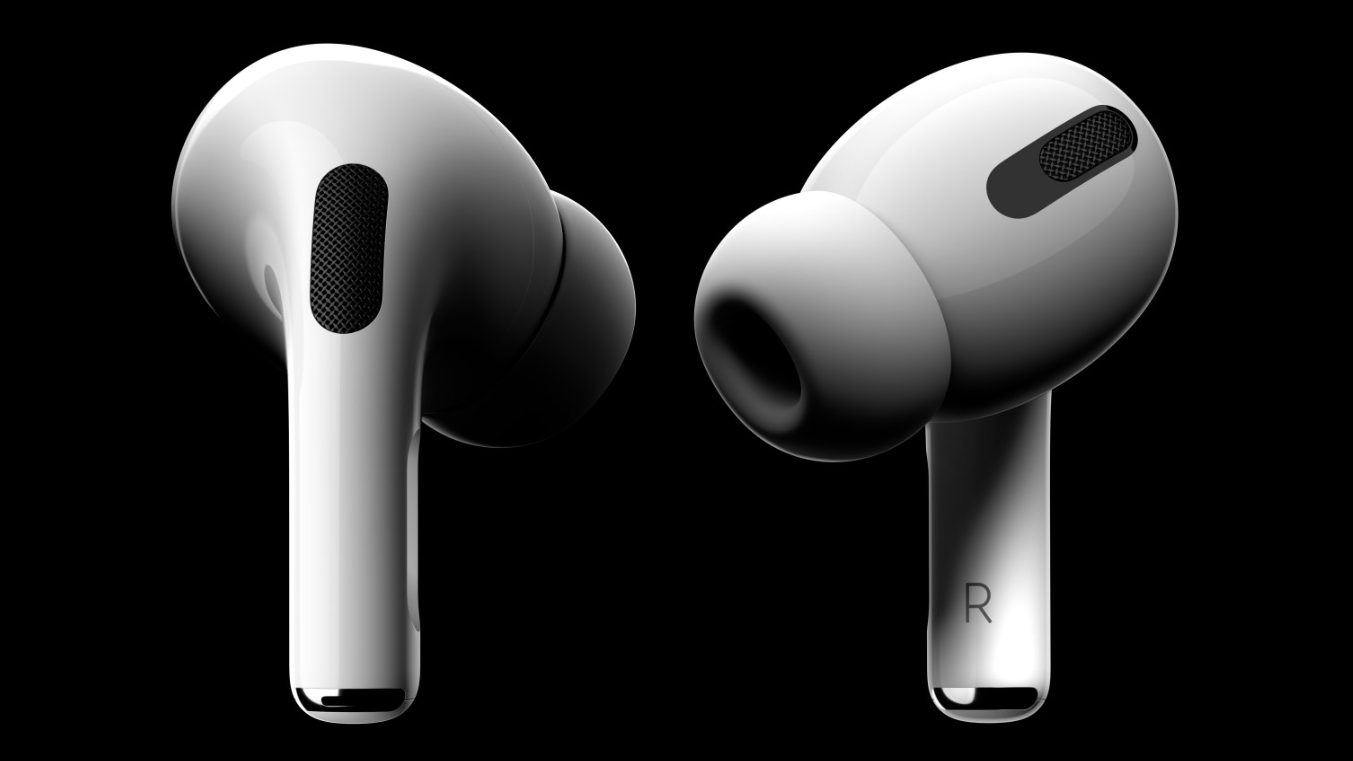 The AirPods get a “pro” version, which in its case, means it gets smart noise canceling features that block out the outside noise but lets in the ambient noise that you might need to hear such as an office mate calling out to you. It’s known for having a more comfortable fit since it now uses silicone tips, and it can now survive some rain and sweat – good for working out. Although if working out is your main concern, the slightly less expensive PowerBeats Pro, which is also by Apple, is specifically designed for exercising. Available at official Apple resellers. 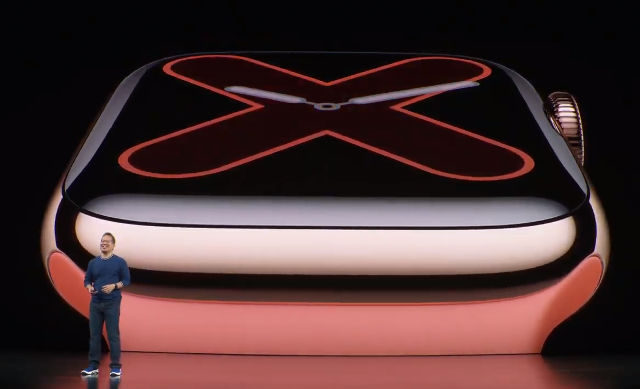 As with most other Apple products, the first complaint is, “It’s too expensive!” The Series 5 watch is no exception. But this one brings a big change: It now has an always-on display, meaning it’s now more like a traditional watch that you don’t have to shake or tap just to check the time. There’s no going back to smarwatches without an always-on display after this. It comes in a variety of finishes, and most importantly, a real, working ECG sensor. . Available at official Apple resellers. 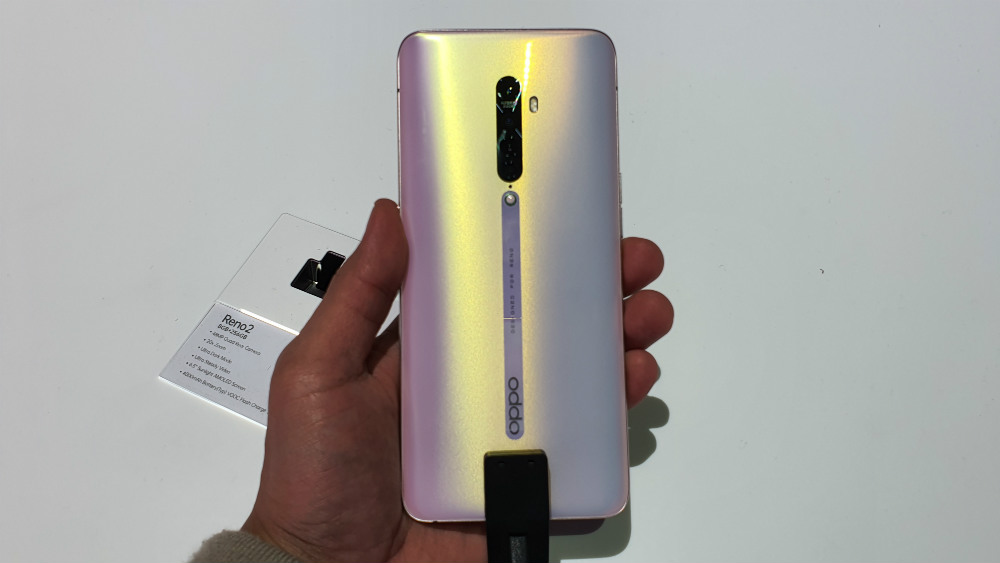 At the sub-P20,000 price range, you can pick up the Xiaomi Mi 9 SE or the Samsung Galaxy A50s for a smooth, no-frills experience and some style to go with it. But go higher the price ladder, and you can get a near-flagship package with the OPPO Reno2 with styling that would make its top-tier OPPO Reno 10x Zoom proud, and a quad camera array featuring standard, ultra-wide angle, telephoto, and monochrome shooters. It also has good stabilization with Ultra Steady Mode and 5x hybrid digital-optical zoom and 20x digital zoom – a downscaled version of the flagship Reno 10x Zoom’s 10x hybrid digital-optical zoom and 60x digital zoom. Available at phone stores. 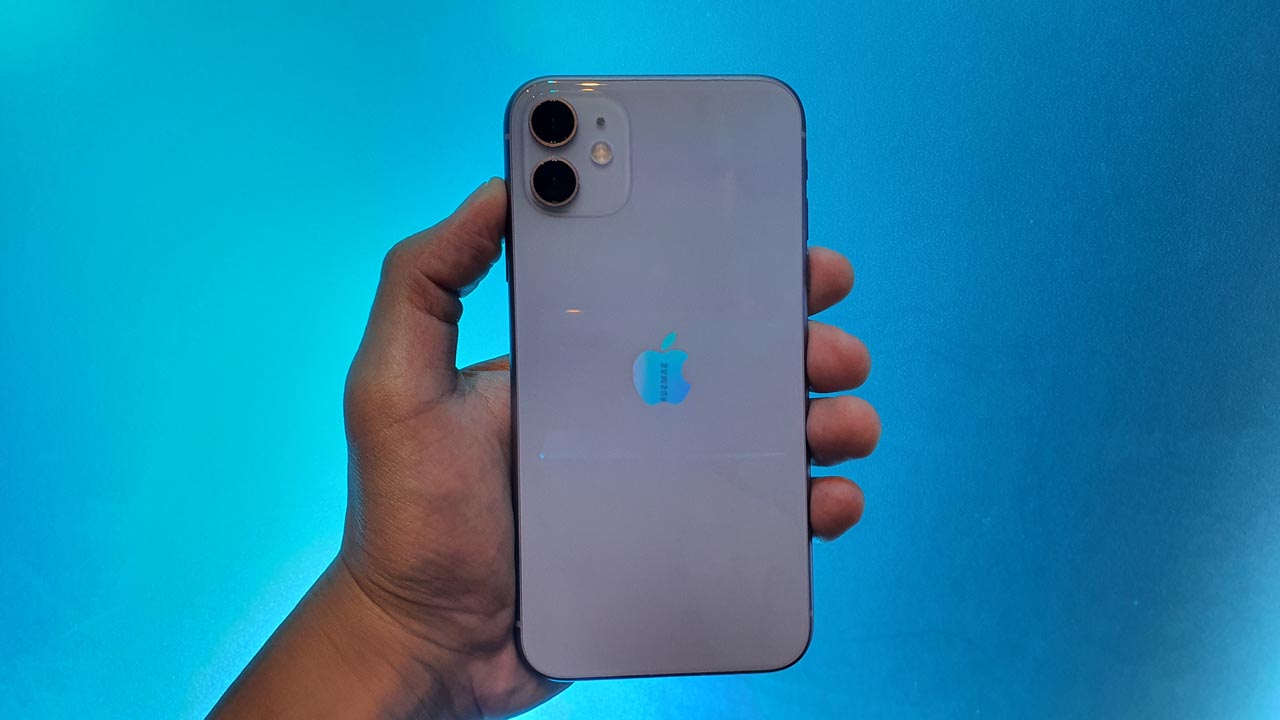 Despite Apple debuting the ‘Pro’ monicker in this year’s line of iPhones, it’s the base iPhone 11 that steals the show. It’s essentially the last year’s iPhone XR with an added dose of versatility, touting stellar dual-rear cameras, improved performance, and a small bump in battery life. Best of all, it’s cheaper than the XR when it launched. Or you can still get the XR at about P40,990. Available at official Apple resellers or via Smart and Globe. 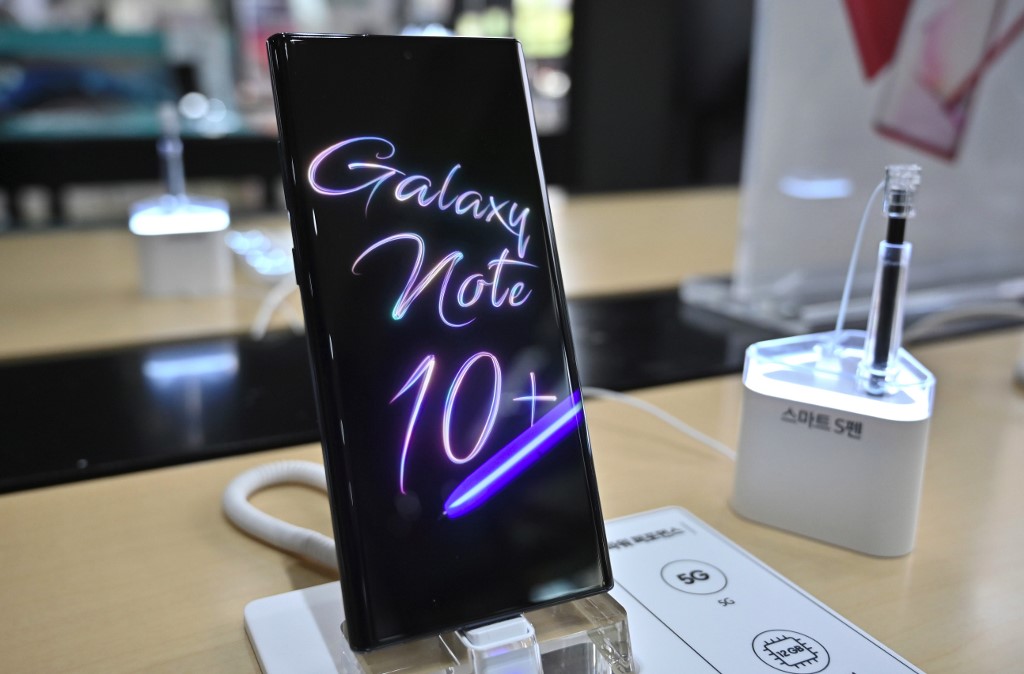 The Samsung Galaxy Note 10+ is one of the best, if not the best, Android smartphones you can own this year. If your spouse is due for an upgrade, and appreciates great design and powerful features (and you kind of want to really, really spoil and reward them this year), the Note 10+ is among the top tech gifts you can give. If you want to go a little bit cheaper, try the standard Note 10 or the OPPO Reno 10x Zoom, which are in the P50,000 range. Available at phone stores or via Smart and Globe. 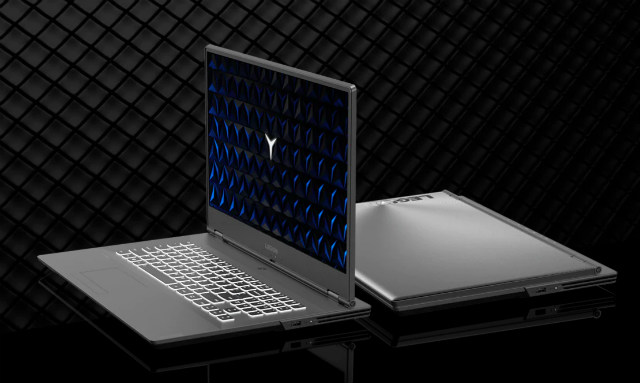 Most gaming laptops are big, loud, and flashy. Don’t take it the wrong way’ that’s not a jab at their designs. They’re just much harder to carry around due to their size and lack of subtlety. So when something like the Lenovo Legion Y540 comes along, touting decent performance in a sleek design, it’s usually hard to overlook. Available at computer stores or official Lenovo stores. 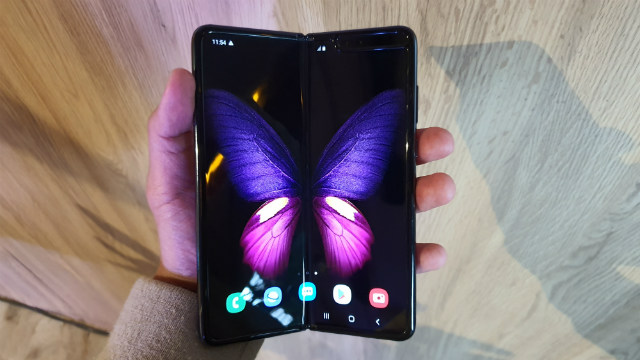 For the person who wants to take gift-giving to the absolute next level, there’s always the Galaxy Fold – the most expensive non-special edition phone released this year. It’s this year’s ultimate combo gadget: a phone and a tablet in one, equipped with an amazing new foldable screen. At a breathtaking P109,990, this one’s certainly for the gadget lover who has everything, and then some. It’s also more of a toy at this point, whose usability and necessity will still have to be proven and quirks that have to be ironed out, but boy does it look cool.