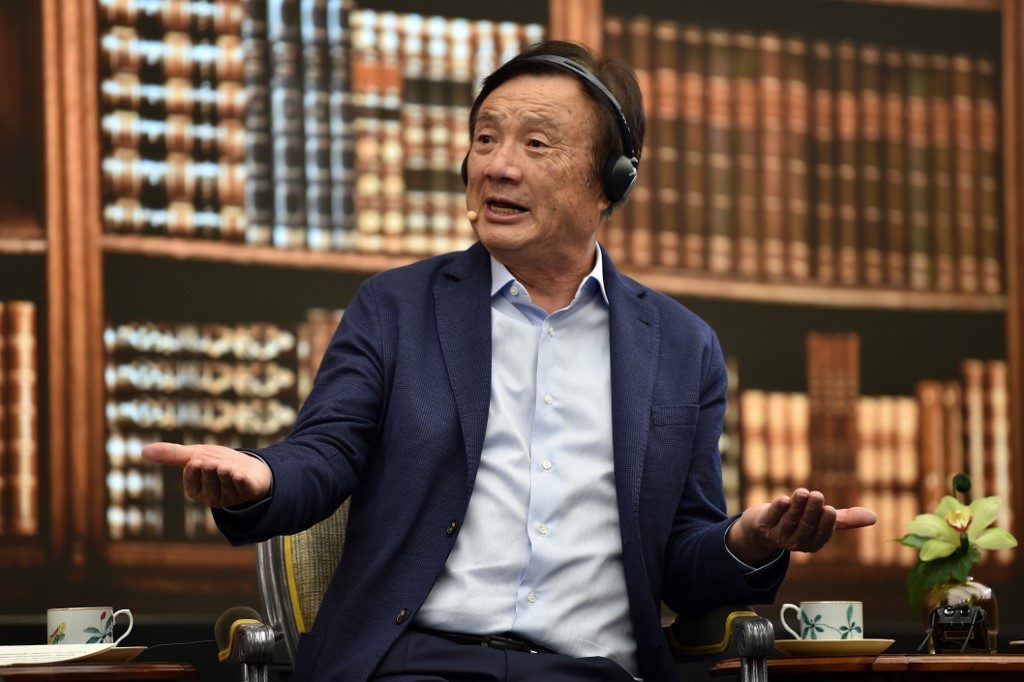 Facebook Twitter Copy URL
Copied
From video streaming wars to tech tinged with international intrigue, here are our picks for the biggest tech trends in 2019

2019 is almost history. But before it ends, we take a look back at 7 of the biggest technology trends and stories from the past year. We’ve already put together a list of all the key dates  but here we’ve picked out some of the biggest topics that emerged in 2019.

Witness the Huawei Mate X and Samsung Galaxy Fold. Witness their foldable screen. It’s amazing, and seeing them in person for the first time, it’s as mystical as we’ve felt towards a gadget in years. “How does it do that?!” (READ: 15 minutes with Huawei’s Mate X foldable: what’s hot, what’s not)

Unfortunately, things got off to a very rough start, with the original launch units of the Fold breaking a few days after being sent out to US journalists. They pulled them out, reworked the device, and launched them in September. Huawei followed suit in November (in China, at least), although it’s unclear if they too felt the need to strengthen their devices after the Samsung issues or this was another effect of the US trade ban. (WATCH: Unboxing: Samsung Galaxy Fold)

It’s a cutting-edge consumer device with an equally deadly price tag and unproven durability. Cool but at this point, it’ll take some years before this becomes a legitimate 2-in-1 product category that’s not merely aspirational.

The tech world’s biggest heavyweight match of the year. On one hand, a tech giant that was on pace to catch Samsung as the world’s biggest smartphone maker, having overtaken Apple in 2018. On the other, well, the US. In May, the latter dealt them a haymaker, putting the company in a trade ban list. Among other things, it forbade Huawei from acquiring a license for Google apps and Android, the most used phone operating system in the world.

Earlier, they hit Huawei with indictments on technology theft and Iran trade violations. Earlier still, in December 2018, the daughter of Huawei’s founder was arrested in Canada, where she’s been fighting extradition to the US this year.

In the background, the trade war between the US and China rages on. Huawei has denounced US actions, and has denounced spying allegations, moving foward with the development of its own operating system and the launch of its Google-less flagship, the Mate 30.

Speaking of espionage concerns, the Philippines has its very own. The military, in September, entered a deal with Dito Telecommunity – the so-called “3rd telco” but more crucially, is backed by China Telecom.

The “co-location” deal allows Dito to build telecom facilities in military bases and camps, just like Globe and Smart do. The big difference? China Telecom, which owns 40% equity in Dito, can spy for China. Beijing has a statute under its National Intelligence Law that states “Any organization or citizen shall support, assist, and cooperate with the state intelligence work in accordance with the law…” (READ: Experts warn of spying risk in AFP deal with China-backed telco)

The law is also commonly stated as one of the reasons why the US doesn’t want Chinese equipment in its telecom infrastructure from companies like ZTE or Huawei.  (READ: Key things to know about China’s Cybersecurity Law)

Worldwide, the Beijing intelligence law plus China’s reputation for spying are top reasons why countries practice caution when procuring equipment from China, if they aren’t banned outright. The Philippines appears to be bucking that trend in a deal that features risks that could have been completely avoided.

Experts have said that these fears over spying are valid but the deal, as of now, is set to continue.

Facebook just can’t get out of the headlines, can it? Since 2018’s Cambridge Analytica debacle, the controversies have only piled up for the social network, from leaked documents that show how they might be using data as a bargaining chip to a new digital currency that landed Mark Zuckerberg another date with the US Congress. 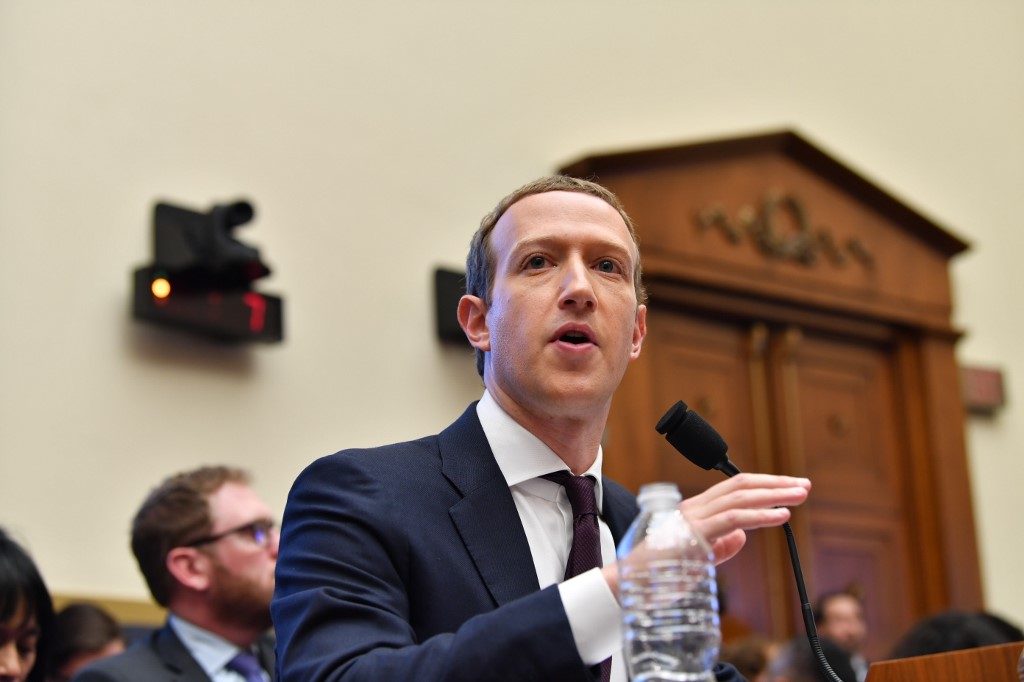 There have been calls for a shutdown/breakup, including one from a US presidentiable who mocked Facebook’s lax policy on political ads by running a fake ad of her own. Google and Twitter made things worse for Facebook by coming out with more stringent policies while Facebook’s own employees joined in on the criticism with an open letter.

The bottomline though? Well, Facebook’s has been impervious. Profits, revenues, user base, share prices – they’re all up.

On the flipside, they did take down networks conducting what they call “coordinated inauthentic behavior” earlier this year – one run by a former social media manager of President Duterte and another by the company behind the website Trending News Portal.

The year was marked by an increasing distrust for large tech companies. In addition to the usual suspects of social media, we have seen pushback against many major tech companies, both from the outside and inside. Google has been the target of backlash many times this year, from the removal of its AI ethics board, to its involvement in military projects, leading employees to protest and users to boycott as many products as they can. (READ: U.S. antitrust hammer for Big Tech: What happens next?)

Often thought as being forces of good and positive change, this perception is very quickly changing for the worse. Tech companies are having more and more difficulties in justifying their actions as “ethical”, in a time where their influential involvement in political issues becomes more apparent. Furthermore, they face country-specific pushbacks, while their decisions come solely from the view point of American law and politics.

6) Creating a Netflix for games

Coming back from the ashes of OnLive, game streaming is now a thing again. Google launched Stadia this year, their games-as-a-service platform, with mixed reactions. Boasting impressive promises, Stadia provides a fresh competitor to PlayStation Now, and is soon to be joined by Microsoft’s Project xCloud, another streaming platform. If any company has the money and manpower to build a true Netflix for games, it may very well be Google. It cannot be denied that these services are an alternative for anyone not able to afford a powerful console or PC, but much work is to be done.

Concerns have been expressed as to the lack of ownership of games paid at full price, in addition to a subscription. There’s also the issue of having to be able to afford or have access to a stable fiber connection to play games at an acceptable latency, an issue that even American consumers face.

However, an alternative to this full streaming service takes form in Microsoft’s Xbox Game Pass (and Game Pass for PC), as well as Apple Arcade. A single subscription, for unlimited access to a rotating catalog of games, containing impressive first party titles and indie releases. These services have taken off this year, and are proving to be a great success.

When Netflix got into movie streaming, it provided a single, centralized place for all the movies you want to watch. Gone were the days of waiting for it to air on TV, or renting it. Unfortunately, with Netflix’s competitors finally finding success, the landscape has now become more and more fragmented and movies and shows are once again split into different “channels” or services.

The very problem that Netflix sought to fix has popped up again, this time online.

While HBO, Amazon, and Apple are growing, right now, all eyes are on Disney+. The behemoth company has gnawed at Netflix’s legs this year thanks to bringing in excellent shows such as The Mandalorian on release day. Unfortunately, Disney+ comes at a price for consumers. A lot of Disney show favorites have been pulled out from Netflix and now consumers must either be ready to shell out money for both services or choose only one service.

It’s cable TV all over again.

5G is making its first forays into our homes, starting right now. Towers and antennas are being setup, providers are offering it on plans and even on replacements for fiber/DSL. Phones are getting their 5G modems across various manufacturers. Samsung is of course in this list, offering 5G support for their $2000 Galaxy Fold, as well as a new version of the S10, the S10 5G. Huawei is naturally providing a 5G-compatible phone too, being the company holding many of the 5G patents and installing it throughout the world. Other major constructors (ZTE, Motorola, LG, OnePlus, OPPO, etc.) have also announced their future mobiles supporting this technology. (READ: Here are all the 5G phones we saw at MWC 2019)

The first 5G networks in the world were installed in South Korea, the United States, China, and Japan. Now that this first wave has passed, it has spread through the world, including the Philippines. Globe is the first provider to make a move. They announced in June their 5G home station, with the plan of replacing the installation of fiber into homes. – Rappler.com