Big Tech not immune to coronavirus 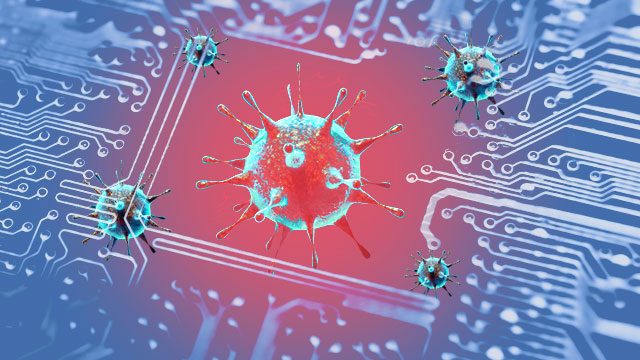 Facebook Twitter Copy URL
Copied
From misinformation to supply chain disruption, here's how the virus is affecting the tech industry

MANILA, Philippines – Multi-million dollar companies are hardly a priority when a deadly virus threatens the world.

But perhaps showing just how scary the outbreak has become, tech companies themselves have felt more than a pinch.

At the forefront, not surprisingly, are Facebook, Google, and Twitter. The 3 along with other social apps such as YouTube and TikTok are under pressure to curb the flow of misinformation on their respective platforms – at a time when fear could make people more vulnerable to believing and spreading false, unverified information. Harvard says it plainly: Be careful where you get your news about coronavirus. (FACT CHECK: Misinformation on novel coronavirus that spreads online)

The social platforms mentioned above have all announced methods to prevent people from encountering false information and to redirect them to reliable information such as the websites for the World Health Organization and the Centers for Disease Control and Prevention. (READ: WHO launches campaign against China virus misinformation)

In China, some citizens are resorting to creative means to document the outbreak and find reliable information, given the distrust they have over the country’s state-controlled media and the government’s censorship. One woman has resorted to diligently collecting and archiving people’s experiences of the outbreak posted on Chinese social networks as the government deletes posts criticizing the state’s handling of the outbreak.

In Hong Kong, some citizens are relying on “tiny news networks” on social apps to get reliable news. People form small, closed chat groups on apps such as WeChat, WhatsApp, and Telegram where news is curated usually from international news sources such as the Associated Press, Agence France-Presse, and the BBC among others.

It didn’t help China’s cause when state media outfits Global Times and People’s Daily published an image of an apartment complex and passed it off as the new hospital in Wuhan.

Supply chains for the technology industry are disrupted. Six Chinese provinces including Shanghai, Jiangsu, Guangdong, and Chongqing ordered the extension of the Lunar New Year to control the spread of the disease, stalling the tech manufacturing industry, said the Financial Times. Production grinds to a halt as the quarantine continues.

Among those hit is Apple supplier, Foxconn, which manufactures iPhones. Apple, who has closed its stores and offices in China until February 9, has about 290 plants (of a total of 800) in its global supplier list found in regions that have halted work.

Of the American tech companies, Apple may lose the most, CNN reports, given its heavy reliance on China manufacturing.

It’s not a complete shutdown though as some companies remained in operation after the Lunar New Year, which Reuters reports is “in line with a special exemption that allows certain critical industries to remain in operation, despite Beijing’s call to halt all work in some cities and provinces.” These include Huawei and Samsung, according to various sources by Reuters.

The outbreak has also affected tech companies in other ways. Samsung and Google are two other tech giants which have temporarily closed their offices or stores in China. Other companies such as Microsoft, HP, and Amazon have all restricted non-essential travel to China. GSMA announced that, in light of the outbreak, they will have “increased onsite medical support” at the Mobile World Congress in late February in Spain.

The tech giants though haven’t been completely helpless against the threat, as Nikkei Asian Review reports.

Alibaba has partnered with Global Health Drug Discovery Institute to use AI in their research to treat or prevent the disease. Other companies in other verticals have deployed resources inherent to their company to provide transport services, visual identification of people with fever, and population mapping.

Robots, as reported by Forbes, have been deployed as well to limit the spread of the disease: some allow doctors to interview and diagnose patients via a screen, and deliver meals or medicine while some others disinfect rooms and planes. – Rappler.com