Contact tracing by smartphone: a key to reopening society? 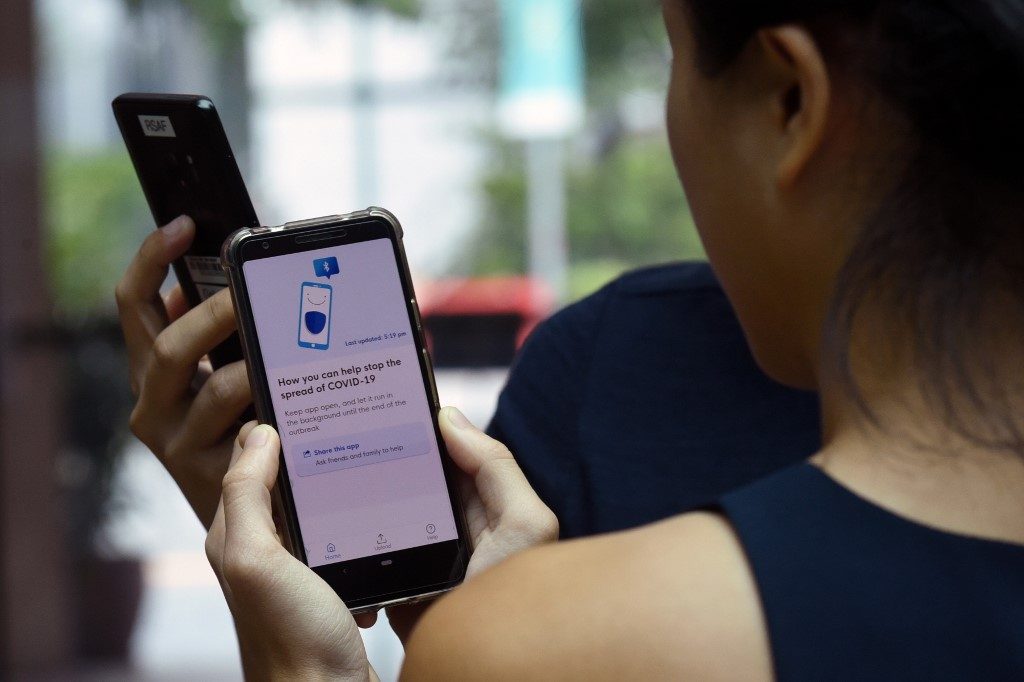 Facebook Twitter Copy URL
Copied
Contact tracing has some potential to lead to a more selective quarantine that does not require everyone to remain in place, but may also be open to trolling and privacy abuse

WASHINGTON, USA – Can an app contain the pandemic? Interest is growing in smartphone technology as a potential key to ending lockdowns and reopening economies around the world.

Researchers and health agencies around the world have been ramping up research on the potential solution, which could get a boost from a joint initiative by Google and Apple to make tracing more effective.

Here are some answers to the most common questions about tracing:

Under the smartphone version of contact tracing, people would download mobile apps and update their COVID-19 status should they come down with the virus.

The apps would use a phone’s Bluetooth wireless signals to determine if a given user had crossed paths with an infected person.

A number of research teams have been developing such systems, and at least one has been used in Singapore.

This could lead to “alerts” sent to anyone in close contact with a person who is infected, or who later confirms an infection, and allow those people at risk to self-quarantine.

The Apple-Google collaboration could make this easier by allowing apps to cross over the two dominant mobile systems. The companies said that their technology could enable an app’s “digital key” to monitor contacts for a 14-day period.

A smartphone system could effectively replace the lengthy “manual” tracing by interview currently handled by medical staff, said Francesco Benedetti, a research scientist on the Massachusetts Institute of Technology team working with more than 30 governments and health agencies on contact tracing.

“Doctors waste a lot of time in these interviews,” Benedetti said. A digital system is more efficient because “it doesn’t rely on people’s memory, and it can determine contacts with people who don’t know each other.”

How does this help?

Researchers say digital tracing can be effective – but only if significant numbers of people download the app and report symptoms.

Such a system “can achieve epidemic control if used by enough people,” Oxford University researchers wrote in Science Magazine.

Efforts are underway to study or implement contact tracing in France, Germany, Britain and elsewhere. In the United States, presumptive Democratic presidential nominee Joe Biden cited contact tracing as part of a plan “to safely reopen America” along with expanded testing and other steps.

Benedetti said a functioning tracing system “can help decision makers determine what is safe to open.”

Over time, the system can generate “heat maps” and gather data on how the virus is transmitted, enabling “a more selective quarantine” that does not require everyone to remain in place.

What are the limitations?

A major limitation is that any contact tracing plan must reach a critical mass: People need to download an app and update their status.

Some experts suggest 60% adoption could help turn the tide of the pandemic, said Tina White, a researcher and co-founder of the volunteer group Covid Watch which is developing an app and is working with Oxford University scientists.

“A lot depends on messaging and how it is presented,” White said. “If people understand this is something that protects them, they will use it.”

Benedetti said a tracing app could still have a “high impact” with 40% adoption, but that effectiveness would depend on other safety measures implemented.

Some experts see other potential pitfalls due to technical limitations.

Cambridge University scientist Ross Anderson noted that any voluntary app “is wide open to trolling” which could render the app ineffective.

“The performance art people will tie a phone to a dog and let it run around the park,” Anderson said in a blog post.

“The Russians will use the app to run service-denial attacks and spread panic; and little Johnny will self-report symptoms to get the whole school sent home.”

Researchers say contact-tracing can be implemented while protecting privacy, although this will depend on the specific apps developed in each country.

The MIT researchers said they are determined to avoid the “Big Brother” element used in some countries by preventing tracking of user identity or location in their “Safe Paths” system.

John Verdi of the Future of Privacy Forum, a Washington research group, said the Google-Apple system appears to have “safeguards in place to mitigate tracking and re-identification use cases. They appear quite strong.”

Some are less optimistic.

“It seems likely some kind of (personally identifiable information) would have to be combined with what the device framework gives you,” tweeted Moxie Marlinspike, co-founder of the private messaging app Signal.

“I’m not super optimistic about opt-in contact tracing becoming a major factor, but I do kind of anticipate that someone will end up using this for some other interesting thing.” – Rappler.com