Facebook Twitter Copy URL
Copied
As we wait for the PS5, we look back at Sony's consoles, and see which one we had more fun with

The next console generation is almost upon us with Sony gearing up to launch the PlayStation 5 later this year. The company has already shared some technical details about the system, including its hardware specifications and DualSense wireless controller.

While PlayStation fans eagerly await for more to be revealed, we’re taking a look back at the soon-to-be-released system’s predecessors, namely the PlayStation 4 (PS4) and the PlayStation 3 (PS3), and seeing how well the two console generations stack up against each other. By that, we don’t mean graphics quality, performance, or specs as the PS4 is, of course, superior in those aspects. What we want to compare here are some of the things that build to the overall console experience that the two had to offer.

These are, of course, derived from our own experience. Feel free to chime in, and tell us about which one, you think, you had a better time with.

Nothing defines a console better than its library of games. Both PS3 and PS4 can play thousands of titles, spanning almost every genre known to the industry. Some titles, however, make a bigger impact than the rest, becoming defining experiences of its respective console generations. These are the games that come to your mind when you think about the console.

While it took the PS3 some time to hit its stride when it came to games, there’s no denying that it had  a commendable library by the time its life cycle ended. It sort of served as the launching pad for some of Sony’s most popular first-party franchises such as Uncharted, LittleBigPlanet, inFamous, and The Last of Us, to name a few. These Sony-published series of games were such successful hits that they later became integral parts of the PS3’s marketing and the PlayStation brand as a whole. The survival horror PlayStation exclusive, The Last of Us, in particular, is usually heralded by critics and gamers alike as the best game to come out on the PS3, fittingly arriving towards the end of the console’s run. It’s a game that hits all the right notes in all departments from story to gameplay and pushes the PS3’s graphical capabilities beyond what seemed possible at the time. If there was one game to get someone to buy a PS3 back then, this was it.

There were also a number of third-party games that helped define this console generation. Many of which would easily make my list of the best games on the console, including Assassin’s Creed: Brotherhood, Bioshock, Mass Effect 2, Batman: Arkham City, Call of Duty: Modern Warfare 2, and Red Dead Redemption. I probably forgot to include some of your own favorites, but the point I’m getting at here is that the PS3’s library of games was no slouch.

However, I think the PS4’s library edged out the PS3’s as a lot of PS3 games were eventually remastered for the PS4, with others being made available for rent via PlayStation Now, Sony’s cloud subscription service. This gave gamers who did not own a PS3 an opportunity to, say, experience The Last of Us for the first time or, perhaps, play through the entire Uncharted series from the first game.

The PS4 also has a lineup of first-party exclusives that arguably rival all of Sony’s previous console generations. Among my personal favorites are God of War, Marvel’s Spider-Man, Persona 5, Uncharted 4, and inFamous: Second Son. And with The Last of Us 2 and Ghosts of Tsushima still on the horizon, Sony might be looking to end the PS4’s run with a big and epic bang.

Each of Sony’s console outings came with their own set of innovations and standout features. But the change I think is most significant with each iteration is how players interacted with games.

The PS3 was actually the first console of its generation to offer games that were previously only available as physical discs via direct downloads on the PlayStation Store. Sony started releasing select titles in 2009, slowly building their digital offerings in the years that followed. Today, all games that are released are available both as physical discs and digital downloads.

How important this innovation is cannot be overstated enough in the current coronavirus pandemic. With communities around the world under lockdown and millions urged to take social-distancing measures, you would be hard-pressed to find retailers who can sell you the physical discs of the games you want to play. Your best option right now: buy from digital distribution platforms.

The PS4 took this idea a step further, letting you start playing a game before it’s actually finished downloading. Once a certain download limit is reached, you can already jump in and enjoy your game as it continues its download and installation. 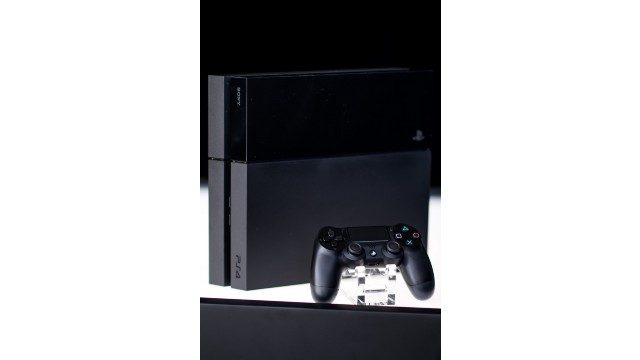 Speaking of installing games, the PS3 was notorious for having very long install times for digital downloads and even some physical discs. This is said to be due to the system decompressing data only when it finishes downloading.  From my experience, PS3 games took about 30 or so minutes to fully install. That’s quite a long time, especially when compared to the PS4, which can install games 4 to 5 times the size of PS3 games in less than 5 minutes. Though it might still depend on the size of the game, install times have generally improved on the PS4 over its predecessor.

Another major innovation of the PS3 was that it housed a Blu-ray disc drive, ushering in a new standard for distributing games physically. See, Blu-ray is an optical disc format that can store more than 5 times the data of DVD discs, seemingly breaking the limitations developers have when it comes to how big their games could be. Naturally, the PS3 also doubled as a Blu-ray player for movies, which when combined with the ability to download video-streaming apps and play media files from an external drive, makes it an all-in-one entertainment device.

That’s why I thought it was weird for Sony to have the PS4 ship without being able to play Blu-ray discs and media files out of the box. Thankfully, they were eventually added through updates more than a year after it first launched.

One thing the PS3 doesn’t have that the PS4 does are social media features that let you easily share captured screenshots or clips of your gaming activities on platforms like Twitch, Facebook, and Twitter.

All PS3 owners will likely agree they loved being able to play online multiplayer without having to pay a single cent. Unlike the PS4, where that function is locked behind a PlayStation Plus membership, PS3 players could play the online multiplayer modes of their favorite games regardless if they were a member or not.

I know Sony has been ramping up the value for money of its online service membership for the PS4, offering free games monthly, exclusive discounts, and cloud storage for game saves, aside from online multiplayer, but it’s really hard to beat something that at one point didn’t cost anything. So in this aspect, I say the PS3 wins.

Despite being products of their time, the two consoles were built on different design philosophies that heavily influenced how they turned out and how they were received.

The PS3 was an ambitious outing for Sony, who threw everything but the kitchen sink in making it the most cutting-edge system in the yard at that time. The PS4, on the other hand, saw the company go back to the basics, keeping it simple and focusing on the one thing consumers bought these boxes for: the games.

If we’re thinking about boldness, the PS3 may have an edge with its attempted innovations. The PS4, as expected from a successor, polished those innovations, and so overall, the PS4 may be a whole lot more consumer-friendly. The PS4 also masterfully represented the era of remasters and full remakes, from Crash Bandicoot, Spyro, and to, of course, Final Fantasy VII. The fact that the PS3 and Xbox 360 console generation was notorious for not being that sturdy also gives the PS4 more points.

All in all, I think the PS4 is better than the PS3. Our experiences of the 2 consoles vary, but all I can say is the PS5 has some big shoes to fill, and a quite a legacy to live up to. – Rappler.com