The unbearable lightness of vaping

From the day Man took that first drag of tobacco, his head filled with the pleasure of nicotine, and his nerves turned calm; he was hooked. From tobacco beginning as a form of sacred prayer and tradition, it has taken form as a trading tool through the passage of time, and then weaved its way into the modern era after centuries as a ritual known to us now as the cigarette break.

As the age of science began to flourish, it was soon realized that tobacco can be harmful. Smoking, it turned out, had heavy consequences: It can lead to sickness, disability, and death. And so, various ways to curb nicotine addiction were thought of through different tricks like nicotine patches and chewing gum. Alas, none could be effective enough until the invention of the e-cigarette. 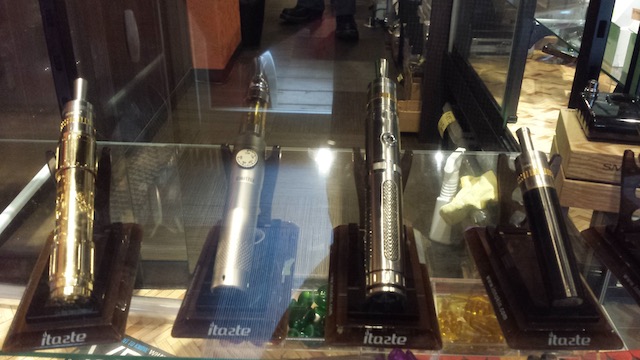 An e-cigarette is simply a battery-powered device that vaporizes a liquid chemical solution called “e-juice” that contains nicotine. These devices are meant to be safer than cigarette smoking as they do not contain any of the harmful chemicals found in cigarettes. In fact, no smoke is produced at all – aerosol is produced instead.

The idea for the  e-cigarette first came up in 1963, in a patent filed by Herbert A. Gilbert, but it wasn’t until 2003 when Chinese pharmacist and inventor Hon Lik turned that idea into an actual device. These products were introduced to Europe and the United States in 2006 and 2007, respectively. A multi-billion dollar industry came to rise, and today, a wide range of e-cigarettes are sold throughout the world.

Atomizers are one of the most crucial components of an e-cigarette. It consists of a coil that handles the heating, and a wick that draws the e-juice in. 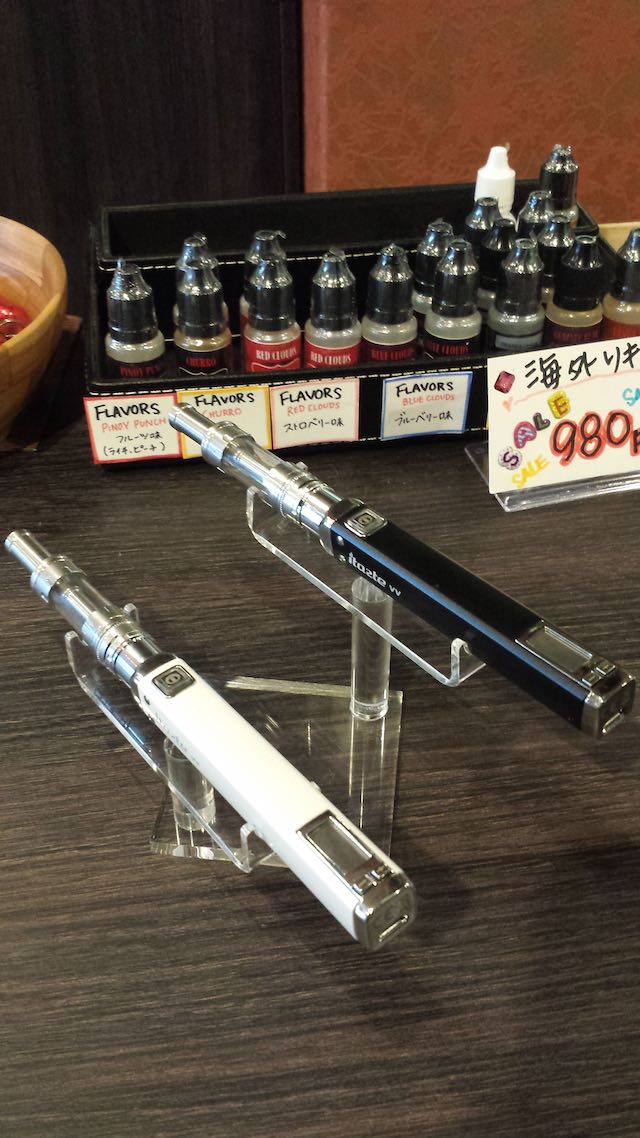 Generally speaking, the coil is wrapped around the wick, and is linked to the positive and negative parts of the battery. This, along with the wick and air generated by the user, is responsible for the volume and quality of the vapor produced by the device.

Variations of this include a cartomizer which consists of an atomizer surrounded by a poly-foam that soaks in the e-liquid and acts as a holder, and a clearomizer which would utilize a clear, see-through tank that houses the atomizer along with the liquid.

The e-juice would generally contain propylene glycol (PG), vegetable glycerin (VG), nicotine, and flavoring. PG tends to be thinner in terms of texture with a flow similar to water, while VG tends to be more dense and more viscous.

One would normally use e-juice with more PG when a user is “flavor chasing” as it carries flavor better, while more VG will be preferred if the user is “cloud chasing” (making smoke clouds with the vaping device). Over time, e-juice that are heavy on VG will tend to clog the coil of the atomizer in a shorter amount of time than PG intensive e-juice due to its increased density.

Nicotine levels also vary from different brands of e-juice, but the rule of thumb is that with increased nicotine comes a stronger hit to the throat much like regular cigarettes, but with less nicotine, flavor becomes more evident.

The battery utilized by e-cigarette builds tends to vary. In essence, the size of the battery determines the overall design of the device, and when used along with the atomizer, gives the device its power. 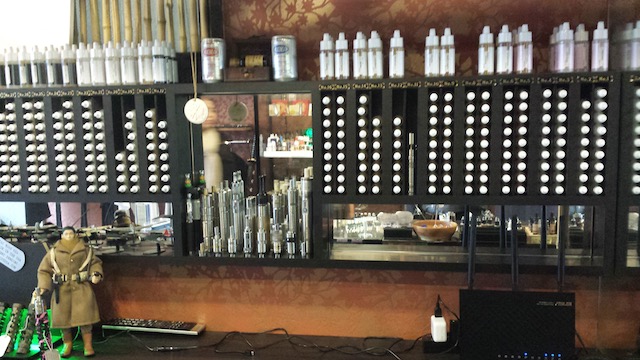 Most devices use a rechargeable battery, but disposable ones are also common. If the device is automatic, the circuitry linked to the battery is always closed and as such the battery does not last as long.

If the device is manual, the circuitry is open and heating can only occur when a user would “close” the circuit through some form of switch. This in turn helps the battery last longer.

While the debate on the safety and long term health effects of e-cigarettes rages on, there is no doubting the short-term health benefits of such a device to regular smokers. The main reason is that inhaling vapor through such a device allows regular smokers to get their nicotine fix without the myriad of harmful chemicals associated with smoking tobacco such as tar, carbon monoxide, and other cancerous particles.

Socially, it removes the danger of exposing others to second hand smoke that is said to be just as harmful as smoking. Also, due to the reusable parts of the e-cigarette, variable forms of waste generated from vaping are significantly lower than that of smoking (ash, smoke, and cigarette butts). 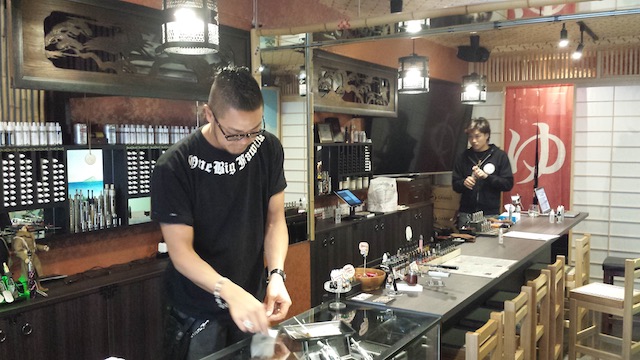 In addition, Food and Drug Administration (FDA) Director Kenneth Hartigan-Go has made his stance clear that he believes that the product must be banned altogether. He further stipulates that regulating such products would be a waste of government funds and manpower.

The medical field also remains conflicted regarding studies on the components of e-juice and how it affects the human body when inhaled. The main problem to be seen here though is that using the device itself does not attack the main problem: a person’s addiction to nicotine. The device, like many other quit remedies, only curbs the harm, but does not address the cause.

By and large, it is evident that e-cigarettes can function as safe, immediate, and effective alternatives for regular and heavy smokers, but may incite non-smokers to start vaping, and thus increase the number of people addicted to nicotine. Yet with experience comes the extended wisdom that science can eventually offer us some answers. With that comes a further understanding on the effects of vaping as an issue of both personal and public health.

Today, through it all, the ritual lives on. Man taking that drag after that long arduous day, his head filled with the pleasure of nicotine, and his nerves finally calm, he knows that only history will tell if we can finally free ourselves from the heavy consequence of smoking. – Rappler.com

Woman with an electronic cigarette image via Shutterstock