TEAM YGG. YGG will be focusing on its cast of content creators, pictured above, to promote play-to-earn games as the crypto industry experiences a downturn. Four of them, 'Jobols,' 'VMG,' 'ArcherReyes,' and 'BoarKnock' will be part of the Playhouse Series reality show.

Facebook Twitter Copy URL
Copied
YGG is setting up its content creators and gamers 'to be the superstars of 2024' when the cryptocurrency market heats up again, says country head Luis Buenaventura

MANILA, Philippines – Filipino play-to-earn firm Yield Guild Games (YGG) is promoting the content creation side of its community amid what YGG Pilipinas country manager Luis Buenaventura described as a “crypto winter,” the downturn of the cryptocurrency market and NFT scene.

In 2021, Axie Infinity became a prime example of a “play-to-earn” game where players can buy into an in-game economy in order to play and eventually earn from their playing efforts.

While there were some players who were able to earn, it also faced questions on sustainability and whether its economics wasn’t just another manifestation of the “greater fool” theory – a common criticism levied at cryptocurrency and NFTs where profit is gained by reselling an NFT or crypto at a higher price to a so-called greater fool buying into the hype, and also with the hope of finding an even greater fool to sell to.

YGG had been a significant part of the Philippine Axie Infinity community. It institutionalized the “scholar” system, which bought Axie NFTs and lent out to players in a profit-sharing scheme. Axie NFTs, at their peak, had been expensive at about P10,000 to P15,000 per Axie NFT for even the cheapest types. Organizations such as YGG, and other individuals with capital, allowed people who couldn’t buy Axie teams on their own to participate in the game.

It is in this context that YGG Pilipinas finds itself, as it pivots to content creation and community events to “help the community power through the crypto winter,” according to the company.

Among its efforts is the launch of a “content hub” in La Union called YGG Playhouse, an elegant house from an older era whose various rooms have been fitted with neon signs and lights for that familiar streamer/gamer aesthetic. 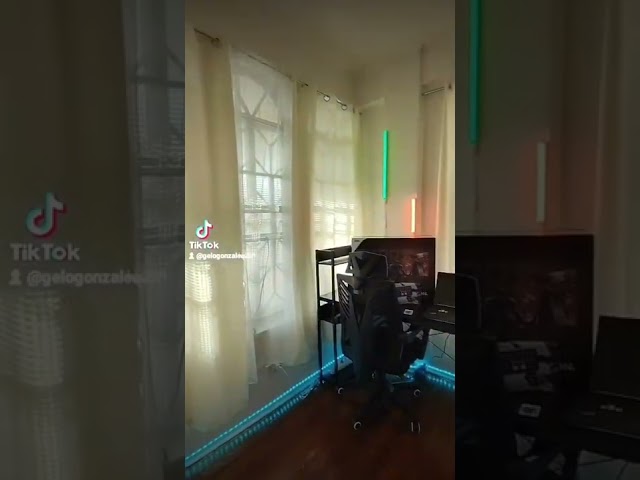 The Playhouse will serve as a studio for YGG and play-to-earn content creators, with the goal being to highlight the impact of the play-to-earn community. Currently, the YGG community numbers at around 100,000, spanning scholars and their members on social chat platform Discord. “Our efforts will be community-driven, and we’ll be tapping content creators, influencers, esport players, and creatives from our circles,” said Kat Gonzales, YGG Pilipinas operations head.

Gonzales also noted that in spite of the current downturn, they have doubled the number of their scholars year-to-date compared to the end of 2021. While there’s some attrition as the market retracts, they said there’s also a portion of the community that stays because they genuinely enjoy the game or enjoy being a part of the community where they can keep learning about cryptocurrencies.

Along with the content hub and reality show, YGG is preparing a series of SM mall events and tournaments in its key cities such as Baguio, Cabanatuan, Iloilo, and Davao.

“It is during unfavorable circumstances when the community needs to band together even more, so we can continue supporting Filipinos who need sources of livelihood,” Buenaventura said. “The YGG Playhouse is one of the many initiatives we are organizing to help bind this community by upholding empowerment and inclusivity while gearing ourselves up for better opportunities.”

“The games themselves can be any game that allows people to be competitive. But what matters most to us is the fact that our community is full of these talented people that aren’t just gamers – they’re also content creators, etc. Our current initiatives, for the next half of this year, are about highlighting the fact that you’ve got all of these talents within this community, and community growth, and strengthening it with these events and reality show.”

YGG will be sticking to NFT or play-to-earn games, Buenaventura emphasized, saying that is their expertise and niche. “Nandun lahat ‘yung alam namin eh (Everything we know is in crypto). That’s what makes YGG unique. We’re very different from, say, for example, Tier One, which is more of a general gaming agency. ‘Yung sa amin, (As for us) we really, really focus on the crypto side of gaming.”

“Not all of [these games] will have the same model though as Axie Infinity, which is very grind-oriented. We’re trying to support as many of these games as we can, and then we’ll just pick the winner based on real-world performance,” said Buenaventura.

“We’re very good friends with [Axie Infinity creator] Sky Mavis, and we are investors in Axie but there are also literally lots of other games out there. We don’t have to be married to any particular game. What happened in 2021 was that Axie Infinity was the only [NFT] game that anyone was talking about. It just took a while for other games to develop, and ‘pag nahinog na sila (when they’re ready), we’ll have the community try them out.”

YGG’s streamers noted that with Axie’s dip – it has dwindled from 2.3 million daily players at its peak to less than 1 million now – Axie streamers experienced a dip in viewers as well. But they believe that there are also those who genuinely enjoy the game beyond the money that have stuck around.

Buenaventura also talked about the cyclical nature of cryptocurrencies, adding that the growth of YGG in the first half of 2022 has echoed what has happened to the larger crypto market – it has slumped too.

“But what you have to kind of accept also, is that if you work in crypto, gano’n talaga siya eh (it’s really like that), it has these up and down cycles. I’ve been in crypto since 2014 so I’ve seen three of these ups and downs. So sanay na sanay na kami sa cyclical nature (we’re used to its cyclical nature). So what we do is we plan for these lulls. What we’re trying to do now is trying to set up our [YGG content creators and gamers] to be the superstars of 2024 when the [cryptocurrency] market heats up again, and we’ll be in a strong position,” said Buenaventura.