This article originally appeared in The Conversation - Australia edition.

There was a fascinating moment towards the end of Wednesday's hearings of the Senate Inquiry into the Future of Public Interest Journalism.

Journalist Michael West was at the stand. West’s experience is in many ways emblematic. Once a marquee investigator for Fairfax Media with multiple scoops to his name, West was made redundant in one of Fairfax’s seemingly endless rounds of job shedding in recent years. He used his redundancy cheque to found a startup, MichaelWest.com.au, and took a position as an adjunct professor at the University of Sydney.

West has long been a dogged investigator of corporate excess. He pointed out to the hearing that articles he and Neil Chenoweth wrote while at Fairfax several years ago had led directly to a Senate inquiry into corporate tax avoidance. The findings of that inquiry – that multinationals like Google and Apple were sending most of their Australian revenues offshore, and paying just cents in the dollar in tax – resulted in tighter laws for global corporations hiding profits in offshore accounts.

“As a result of that, in the budget last week, [Treasurer] Scott Morrison said that they were expecting $2.9 billion rather than $2 billion, as originally anticipated, from just seven companies,” West said. "So, as a result of political action from the Senate and public interest journalism, there is a billion dollars cash – bang!"

West added that sources in the Australian Tax Office (ATO) told him that “there are behavioural changes in the way that multinational companies are regarding this issue of how aggressive they can be on the tax front” and that the ATO is “expecting billions of dollars to flow from that”.

Committee member Senator Nick Xenophon then quipped: "If only you got one-tenth of one per cent of that, Mr. West."

Public interest journalism is important for many reasons, including the vital role it plays in holding the powerful to account. But few would have predicted it would play such an instrumental role in plugging Australia’s leaky company tax base.

The senate inquiry comes at an important time. With Fairfax Media at play in the stock market and yet more redundancies at the big newspaper publisher announced, for-profit journalism in Australia has never seemed so vulnerable.

The market dominance of the two US tech giants Google and Facebook is such that they constitute an effective duopoly on online Australian media. These two companies now control the majority of the eyeballs of ordinary Australians. A single graph from market research firm Nielsen best illustrates this. 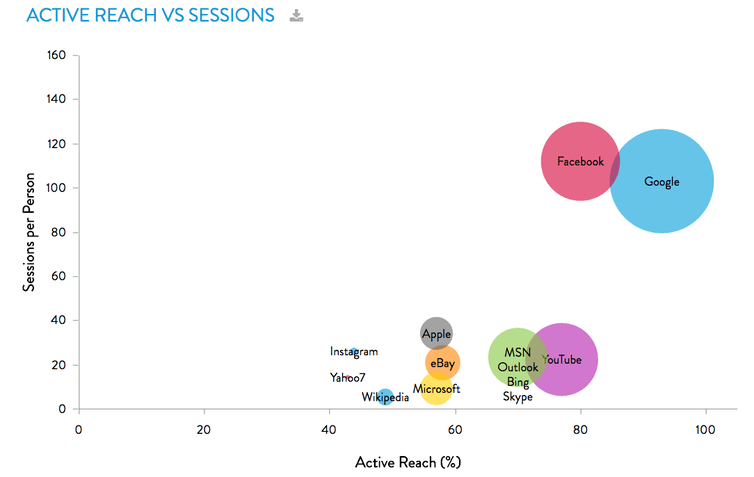 You can see that Facebook and Google have reached almost total saturation of the Australian audience in terms of “active reach” (the percentage of people accessing a particular site or platform). Not only do they have the two largest audiences, but they also soak up the most time spent online. Google’s true size is actually obscured by the fact that its subsidiary YouTube is broken out; YouTube and Facebook are ranked one and two for streaming in Australia.

When it comes to advertising, the duopoly is just as entrenched. A tweet by analyst Jason Kint went viral in late 2016. He estimated that Facebook and Google’s collective share of global digital advertising revenue was about 70%. All the growth in advertising revenue is being captured by the two duopolists; astonishingly, ad revenue outside the twin giants was actually falling. Given that advertising is increasingly digital and online, the two companies have quickly established market dominance.

Australian regulators have been slow to react. While Google is finally beginning to pay a meaningful amount of company tax here, there is apparently no appetite amongst competition or media regulators to come to grips with the digital duopoly. After the Australian Competition and Consumer Commission's (ACCC) embarassing defeat in the High Court in its 2013 case against Google over whether its sponsored links constituted misleading and deceptive conduct, there has been no further attempt to address the company’s market power.

When it comes to media regulation, the touch is even lighter. The majority of the content streamed in Australia through YouTube and Netflix is foreign; the Turnbull government has no plans to implement local content quotas on digital streaming. Communications Minister Mitch Fifield has just announced a sweeping deregulation of the existing, weak media policy regime.

Google and Facebook are also increasingly important in the distribution of news. The US presidential election and the British referendum on leaving Europe were both marked by massive digital advertising campaigns, often from parties outside the democratic process, that sought to directly influence the outcome.

The flap over “fake news” has been dismissed by some as merely the latest example of an eternal phenomenon. That would seem to underestimate the problem. The rise of Facebook and Google as aggregators has made it much easier than before to mimic the appearance and feel of legitimate news sites to produce authentic-looking, hyper-partisan news fakery.

A BuzzFeed investigation in 2016 found that “fake news” was shared more widely than real news in the last month of the US presidential election campaign. While some was authored by Macedonian teenagers, much was politically motivated and funded by unknown sources. 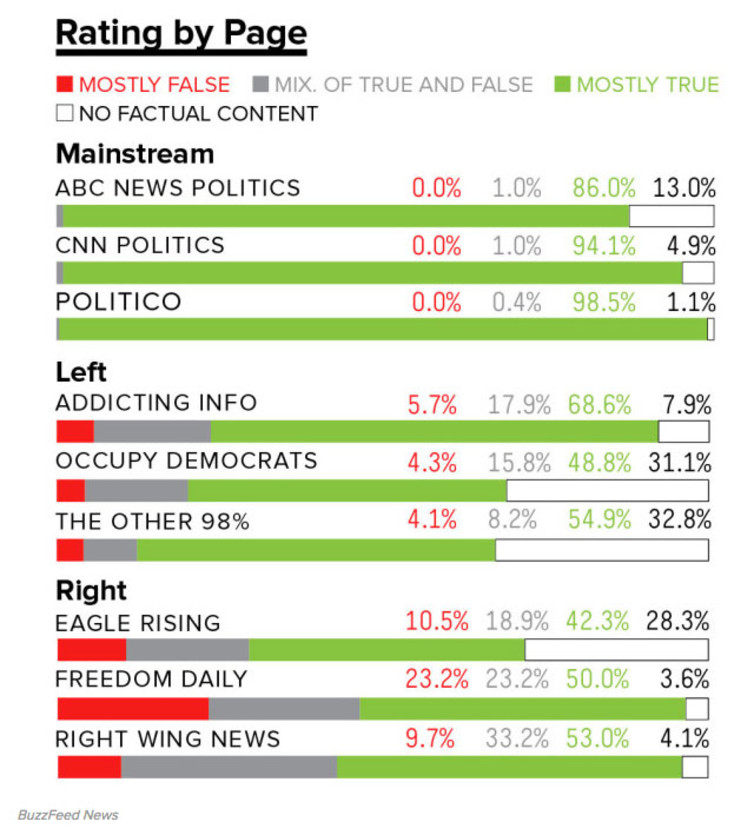 The Data & Society Research Institute has recently published an authoritative report concluding that "the spread of false or misleading information is having real and negative effects on the public consumption of news."

As the inquiry heard this week, advertising once paid for muscular news organisations in the private sector. It doesn’t any more. The dominance of the aggregators now poses a real challenge to the continued existence of a robust fourth estate, outside of publicly funded media.

Still, while regulators have failed to keep up with the rapid pace of industry change, there are models available to address the current malaise.

The future of public-interest journalism and the question of what to do about Google and Facebook have been examined in detail in previous government inquiries. In 2011 and 2012, the Gillard government commissioned the Independent Media Inquiry, chaired by Ray Finkelstein, and the Convergence Review, chaired by Glen Boreham. In the feverish atmosphere of the late Gillard government, neither report gained any political traction. Hardly any of their recommendations were taken up. That’s a shame, because they included some valuable suggestions.

Local content quotas for free-to-air television are set at 55% in prime time. Rather than impose quotas on overseas digital media companies, Boreham suggested the idea of a “converged content production fund” – partly funded by a levy on them. It could support a range of journalism funding pools, just as the Australia Council or Screen Australia currently distribute funding for particular goals. (It could support, for instance, programs for investigative journalism, grants to news publishers, funding for community newsrooms, and so on).

"The subsidy could be defined as a percentage of the wage bill of dedicated investigative journalism units established by publishers. It would be paid annually on the basis of eligible payroll cost in the preceding year."

We don’t need to reinvent the wheel. We could levy Google and Facebook say, 25% of their domestic advertising revenue and redirect this to fund Australian journalism and other content.

Doing so would take Australia towards a more European model of media regulation and subsidy, in which the state plays a prominent role in feeding the hand that bites it. Countries like France and Norway directly fund for-profit media companies, and yet still maintain media diversity and freedom of expression.

Norway’s recent bipartisan Commission of Media Diversity, for instance, recommended direct subsidies and tax breaks for newspapers and broadcasters, as well as grants to online media and investigative journalists.

While many journalists remain understandably uncomfortable about state funding of the private media, such an outcome may be preferable to the current trend towards declining trust, vanishing scrutiny and fewer and fewer paid jobs in journalism. – Rappler.com