2021 has been a rollercoaster ride for tech. And it didn’t take long for us to arrive at its first heart-stopping drop with our friends in the US going through the January 6 Capitol attack aided in part by social media information operations – possibly among the scariest incidents of digital manipulation translating to real-world horror.

With 2022 on the horizon, of course, we hope, as we always do at the start of a new year, that there will be some movement towards a less polarizing, less truth-bending online information ecosystem next year.

But before the fireworks are set off, let’s go back again through the loops and bends that tech went through in 2021. Here are some of the year’s top tech headlines, stories, and bits and pieces.

Facebook and Twitter froze the former US president’s account on January 6, US time, first for a set number of hours, and later permanently for Twitter. Facebook initially banned Trump for an indefinite period of time but following its Oversight Board’s recommendation to set a period of time, the company announced in June that Trump is suspended at least until January 2023. YouTube would later ban Trump on their platform as well, about a week after Facebook and Twitter.

The Forbidden Stories consortium comprised of media organizations and Amnesty International in July exposed a spyware from Israel-based NSO Group called Pegasus being used by governments around the world. The Pegasus Project reports stem from a leak containing 50,000 records of phone numbers linked to individuals targeted by governments in countries known to be clients of NSO Group. Targets include human rights defenders, political opponents, lawyers, diplomats, journalists and heads of state.

Frances Haugen, a former product manager on Facebook’s civic misinformation team, testifies on October 5 to the US Senate, with damning documents that repeatedly show how Facebook are putting people at risk to prioritize profits. Haugen, like critics before her, demand accountability and transparency from the company.

Filipinos were able to retain their mobile phone number starting September 30 even if they switch networks. Here’s a guide. Speaking of mobile phone use, the Senate also approved a SIM card registration law in December that the lawmakers said would help unmask trolls.

While NFTs and the metaverse were the buzziest crypto-related buzzwords for the year, the now-old guard for crypto, Bitcoin, had quite the year too, breaking through the $50,000-to-a-Bitcoin barrier in February, and nearly reaching the $70,000-mark in November. The cryptocurrency was also adopted in El Salvador as legal tender in June.

The blockchain game introduced, well, blockchain, play-to-earn games to the mainstream in mid-2021, eventually becoming the year’s most Googled game in the Philippines. Here’s our two-part deep-dive.

Jump in internet speed in PH

At least according to one firm measuring internet speed and performance, Ookla, the Philippines’ average internet mobile and fixed broadband speeds have risen considerably over the past year. From June 2020 to June 2021, the firm reported that in their global rankings, the country has risen 40 spots in terms of mobile internet, and 47 spots in terms of fixed broadband.

Facebook on October 28 officially became Meta Platforms to signify its efforts towards what they’re betting is the next big shift in computing: the metaverse. In Meta’s vision, metaverse computing will have us immersed in digital worlds in what they hope to be a closer digital simulation of reality.

Some critics, however, say that we are already logging into the metaverse when we log in to our PC or mobile, except we’re not using something that can be as immersive – or, on the other hand, as unwieldy – as a VR headset. Some also say that the name change is for the company to escape the Facebook name sullied by controversies in recent years –including one involving New York University researchers, and the global “Disinformation Dozen” one of which has an office in the Philippines. 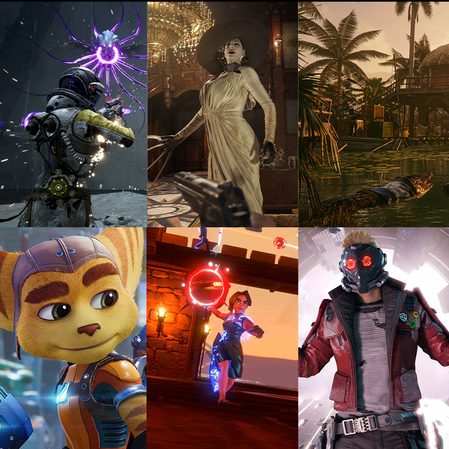 Nas Daily wasn’t the only figure to face online Filipino ire this year though, as brands like Canon and Belo faced their own issues as well.

Amazon’s Jeff Bezos stepped down as CEO in July, handing the reins to Andy Jassy, who used to head the company’s cloud computing division. There was more rein-handing action in November when Twitter’s Jack Dorsey gave his seat to technology chief Parag Agrawal.

In the same month that he stepped down as CEO, Jeff Bezos also flew to space aboard his Blue Origin New Shepard launch vehicle. Earlier that month, his equally rich billionaire-space-race rival Richard Branson also made his own space flight aboard a Virgin Galactic vessel. Elon Musk’s SpaceX also made history on September 15 when they launched the first all-civilian crew to orbit. Back on earth, earthlings wonder why the billionaires are leaving the planet when there are still a lot to be done here.

In February, Rappler published a story based on verified internal documents of digital marketing group Twinmark Media Enterprises, which showed that several celebrities and influencers were paid hundreds of thousands to millions of pesos for 2017 and 2018, before Facebook banned the agency in 2019.

In June, Sweden-based digital forensics non-profit Qurium found military, and Department of Science and Technology (DOST) links in attacks against alternative media groups Altermidya, Bulatlat, and Karapatan – claims the DOST has denied. Human rights group Karapatan was then hit again by a DDoS attack in August.

Google threatened to pull out search service in Australia in January while Facebook blocked news content in February over a media law that would require the tech giants to negotiate with and compensate media companies for content. Tensions ease after Australia offers concessions including, as Reuters reported, “government discretion to release the tech giants from arbitration if they can prove a ‘significant contribution’ to the domestic news industry.” The law was passed on February 25.

In April, Filipino Facebook users were being tagged on posts with links to supposed pornographic content. The link led users to an external site where they are asked to download a Flash player update in order to play the video. But instead of pornography, viewers get a malware infection, putting private information in danger, and leading to the further spread of the malware on the platform. We have a guide on how to check if you’ve been infected in case the malware resurfaces.

This year, some of the biggest tech-related items auctioned off as NFTs were Jack Dorsey’s first tweet, the Charlie Bit My Finger YouTube video, the first SMS ever sent (‘Merry Christmas’), and the World Wide Web source code.

The Department of Health in August faced the most scrutiny this year when it comes to gadget purchases when it added very expensive-seeming laptops to its cart. There was a lot of online backlash because the country was reeling at the time due to another long lockdown after COVID-19 cases spiked. The government body put on hold its plans to purchase the laptops, leading to health secretary’s “Winarak n’yo kami” House hearing outburst, which eventually led to, well, “Winarak n’yo kami” memes.

A month or so to go before the year ends, Filipinos were hit with security issues. In November, citizens started receiving SMS phishing text messages, which some blame COVID-19 contact tracing platforms for. The National Privacy Commission says a global syndicate is behind the text scam. In December, BDO clients were allegedly hacked, their money being transferred to Unionbank to a certain Mark Nagoyo. Nearly 700 clients will be getting their money back, but the government bodies such as the NPC will be probing the case, including the bank’s supposed 10-year-old system.

Before the December hack, we also reported about Security Bank clients losing money online, with some claiming they had no interaction from their end as well that would have been required in a traditional phishing scheme. – Rappler.com