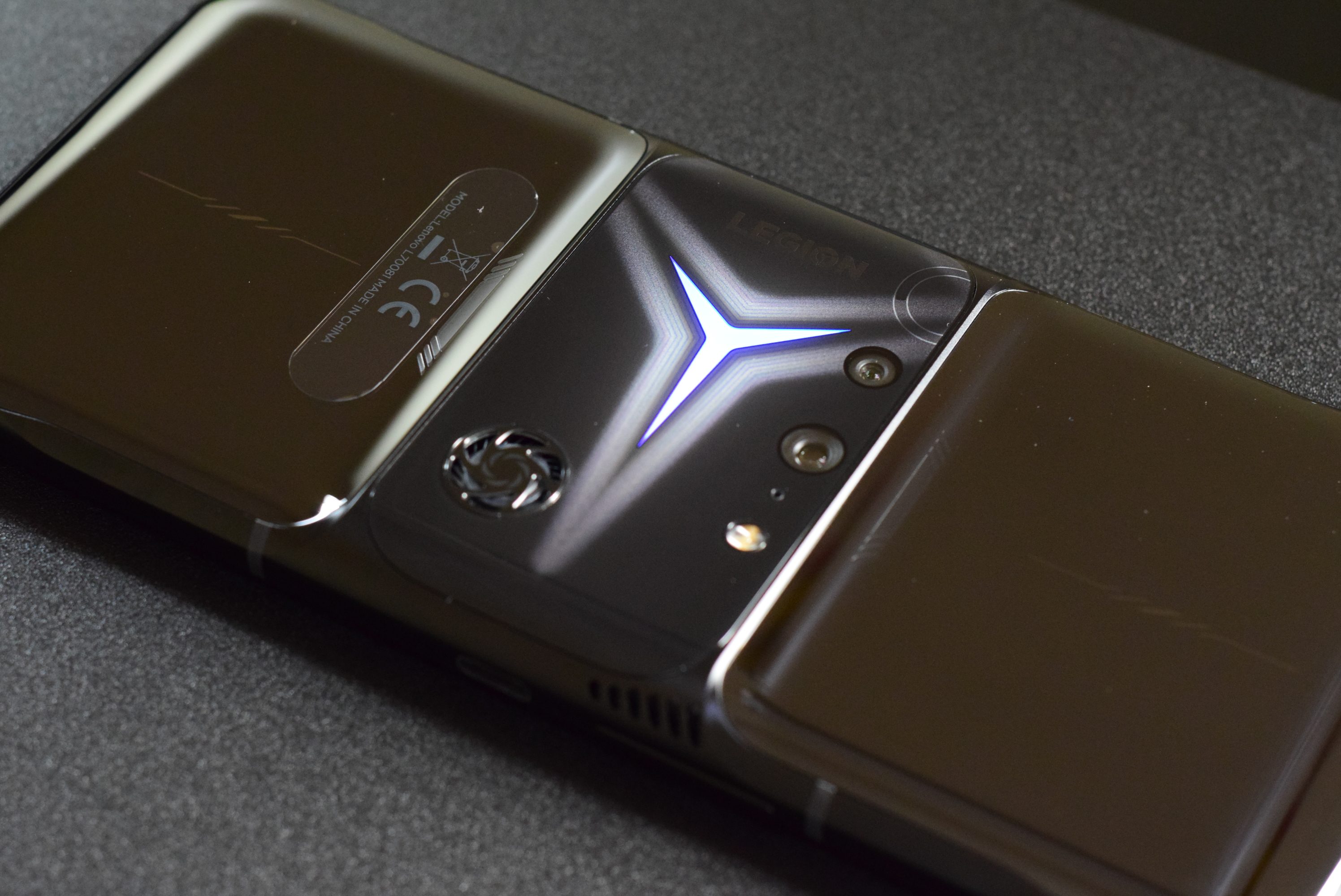 Back in June 2021, Lenovo launched its second gaming phone, the Legion Phone Duel 2 for P39,995. It’s a beefy piece of mobile machinery that, beyond the expected top-shelf specs, has gaming-centric design features.

We got a hold of one recently, and here’s our experience opening it up.

The box is bigger than the first Legion phone’s, and is black all around, minus the blue Lenovo name that the original phone’s box had:

The Duel 1’s box also made sci-fi sound effects when you open it up.

This one tones it down, and doesn’t resort to such a trick.

But it does retain that familiar “Stylish outside. Savage inside” branding.

It will also still have that bump on the back with the Legion logo lighting up as you play, and housing the cooling chamber, and cameras.

The 2 now even has a PC-like round exhaust fan for added airflow.

This design is what helps the phone run cool in spite of using a Snapdragon 888 chipset.

A USB-C port also remains on middle part of the body to allow you to play while charging without wires going through the sides.

The pop-up camera in the middle of the body is also retained to allow players to show their face while livestreaming a game. The resolution of the front camera has been increased greatly, by the way, going from 20MP to 44MP.

The shoulder triggers are also visible in etched portions of the body to make them easier to press. The number of trigger buttons grow from two to eight in this edition. While the original only had two shoulder trigger buttons, the Duel 2 has four shoulder triggers, an extra two at the back by the sides of the back hump, and then another 2 on the screen. Shooters like PUBG, and Call of Duty Mobile may be the games that can take advantage of these customizable buttons.

Powering the phone is Qualcomm’s Snapdragon 888 chipset. There’s actually a newer Snapdragon 888 Plus chipset, but the difference is that the Plus has a slightly faster A1 core clock at 2.99GHz vs. the base 888’s 2.84GHz, and has 20% better AI processing. The upgrade is incremental so the Duel 2 can still pretty much run all the new apps and games with ease.

You’ll still also get the slightly chunky bezels, which is a boon for gaming phones actually as they prevent accidental presses when playing in landscape mode.

It still has a 144Hz display, with a dynamic refresh rate, meaning it can switch to various refresh rates to save battery life. A big change is the Duel 2’s screen increasing to 6.92 inches from 6.65 inches on the Duel 1. We love big screens for gaming, on mobile devices or otherwise – especially when playing first-person shooters as a bigger screen makes for bigger on-screen targets.

The screen is also more responsive now, going from a 240Hz touch refresh rate to 720Hz.

The battery has also increased from 5,000 mAh to 5,500 mAh to keep in pace with the screen enlargement. 90W fast-charging returns, which claims to charge the phone from 0 to 100% in 30 minutes.

The pull-down Duel menu is also retained, allowing you to see framerate information, temperature, CPU and GPU utilization, fan use, trigger button assignments, and streaming mode options, to name some.

The “Rampage” mode also turns up GPU and CPU utilization to max. Having access to these kind of mimics the PC experience of overclocking.

Accessories include the charger with dual charging ports, two USB-C cables, a case, and a USB-C-to-aux adapter:

Disclosure: Lenovo lent a review unit for this story.