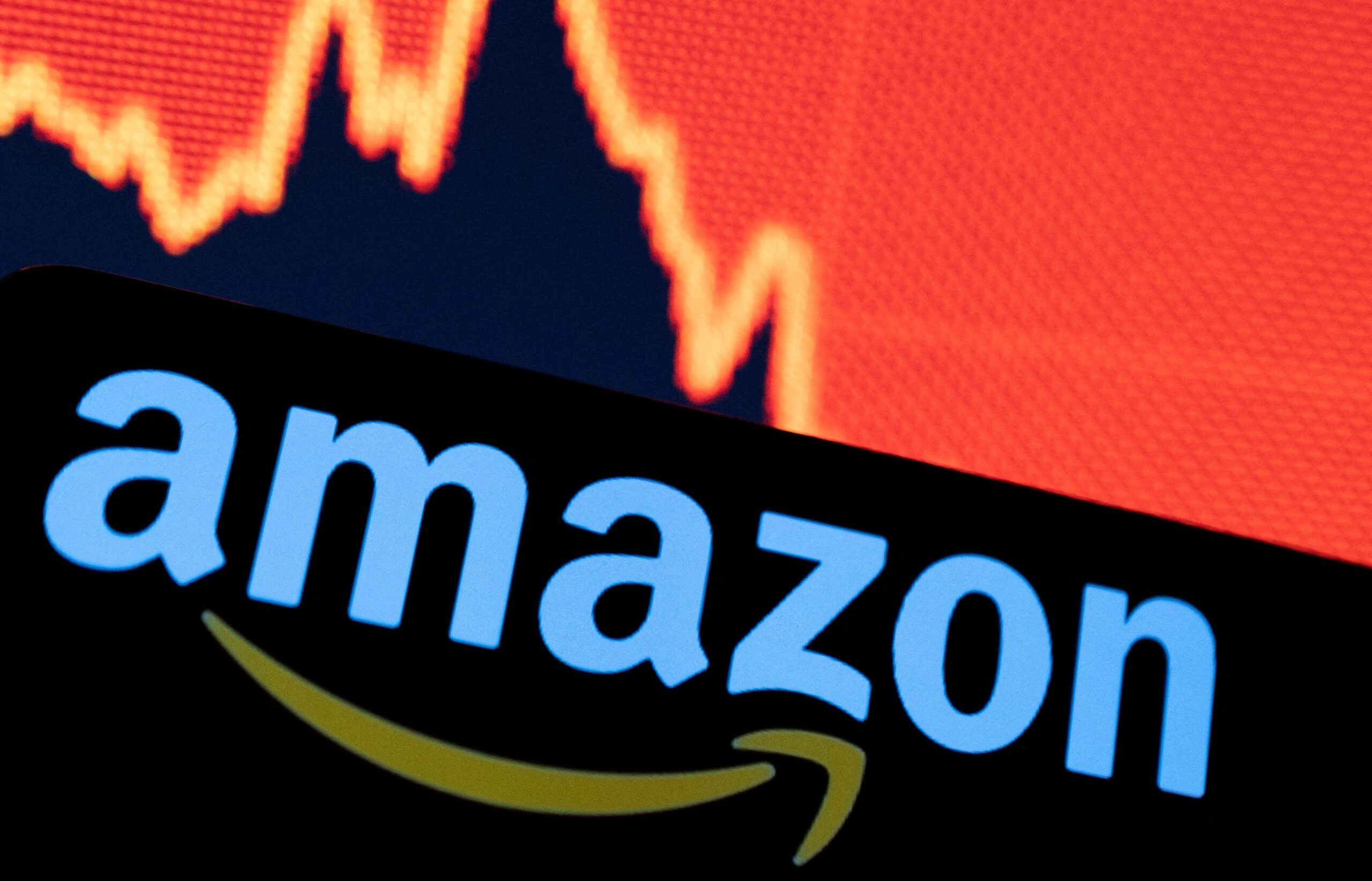 TECH LOWS. Amazon logo is seen in front of a decreasing stock graph in this illustration taken April 29, 2022

Disappointing earnings from the megacap companies that led markets higher for years are cratering their shares and sending a disconcerting message about a US economy that until recently had appeared to be weathering a barrage of interest rate hikes.

Amazon was the latest corporate giant to deliver bad news, saying on Thursday that costs might eviscerate profits in the current quarter. Its shares fell 17% in extended trading, wiping $190 billion from its market capitalization.

Amazon’s report was the latest worrying announcement from the big tech-focused companies that command outsized weightings in stock indexes and are nearly ubiquitous in investor portfolios.

“From a markets perspective, you have to be cautious going forward,” said Michael O’Rourke, chief market strategist at JonesTrading. “They’re the biggest stocks in the market, and we really haven’t had much of anything good come out of any of them.”

Even Apple, whose revenues and profits topped Wall Street targets, on Thursday reported weaker iPhone sales than some analysts had expected.

As of Thursday’s close, only Apple’s shares – which are down around 18% for the year – have outperformed the 20% year-to-date loss in the S&P 500. Meta leads the declines with a fall of some 70%.

Many view the growth giants as bellwethers for how corporate America is faring during a year in which inflation has soared, pushing the Federal Reserve to enact a series of jumbo-sized rate hikes that have bruised markets and raised fears of a looming recession.

Their disappointing results suggest that even the strongest US companies are feeling the effects of tighter Fed policy, a soaring dollar.

The selloff in megacap shares “indicates that the Fed’s restrictive policy is beginning to be felt in the real economy, with growth slowing meaningfully,” said Daniel Krieter, a strategist at BMO Capital Markets. “Now we wait to find out if the Fed can achieve a soft landing. It will be very difficult.”

The Fed has already raised rates by 300 basis points this year as it fights the worst inflation in decades. Investors are bracing for another 75 basis point increase at next week’s monetary policy meeting, though hopes that Fed officials may soon slow the pace of tightening have buoyed stocks in October.

“Big tech companies are not impervious to slowdowns in the economy, particularly if they are consumer driven,” said Rick Meckler, a partner at Cherry Lane Investments, a family investment office in New Vernon, New Jersey.

“As the Fed embarks on this planned slowdown, it is eating away at some of their consumer-faced businesses and given their high multiples it is causing big contractions in their stock prices,” he said.

Resilient corporate profits have been one bright spot in an otherwise gloomy year, although the recent disappointing results are fueling doubts over how long this can last.

Based on results from 227 of the S&P 500 companies as of Thursday morning and estimates for the remainder, third-quarter earnings are now projected to have risen just 2.5% compared with an estimated gain of 4.5% on October 1, according to IBES data from Refinitiv.

“The big technology companies like Amazon continued hiring to support a business that looks like the year 2021, and it’s not 2021. It’s 2022,” said Kim Forrest, chief investment officer At Bokeh Capital Partners. “Layer on top of this inflation. People are buying less stuff.”

Despite the big stock price drops, some investors see more pain for the big tech-focused names.

In a Thursday morning report, analysts at UBS Global Wealth Management gave a litany of reasons for caution, including still-high earnings estimates given elevated inflation and the stronger dollar.

“Even after a significant underperformance by tech stocks so far this year…we don’t believe the continuing headwinds for the sector are yet fully priced into the market,” they wrote. – Rappler.com