‘An Ugly Truth’: A deep look at Facebook’s ‘god-like’ tech and its wielders 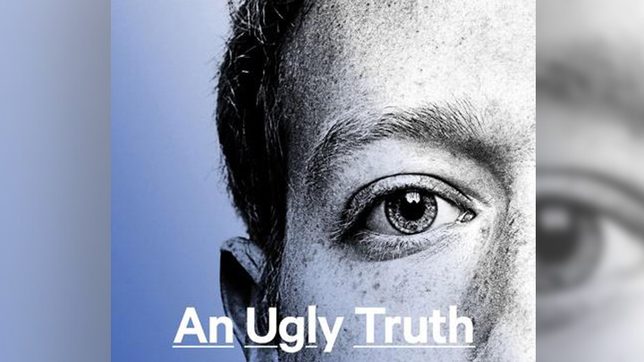 Cecilia Kang and Sheera Frenkel are two New York Times tech journalists who recently published the book An Ugly Truth: Inside Facebook’s Battle for Domination, which has since been called the “ultimate takedown” against Facebook.

Kang, who along with her co-author Frenkel appeared on the Rappler #HoldTheLine video series, said that they believe the book would be “a real public service” in terms of giving people a sense of how Facebook operated.

With the book, Kang said, “People can really understand the creation of the business and the business model that Facebook has, which is basically making profits off of your attention through an advertising business, as well as the technology that’s used to enhance that business – amplification, all the different tools they use to get people to come back more and more.”

“And we thought putting all of that together, and entwining that with each of the episodes where we saw a scandal would be a really powerful, but also very important and educational read in understanding a company that’s become so powerful and important.”

Frenkel recalled, “[The book] started off just as a project of…can we put people in a room where these decisions happened? Can we make them understand what it felt like for just this small group of people to make these hugely consequential decisions that affect people all over the world?”

“It was only when we began reporting it that we really saw how clear these patterns were, and therefore, how devastating it is for the same mistakes to be made over and over again.”

Facebook’s reputation has certainly taken a hit in the years since revelations of how Russian agents fully exploited the system in order to manipulate voters in the 2016 US presidential elections, and the British firm Cambridge Analytica’s harvesting of personal data for sophisticated microtargeting campaigns influencing Brexit in addition to the said US elections.

In spite of that, Facebook has remained extremely popular. User numbers, despite some slowdown in the company’s latest earnings report, continue to grow, as do ad sales, the company’s main revenue source.

Just last June, the company slipped away from a US antitrust case that would have forced it to sell Instagram and WhatsApp, with the judge ruling that the case was “legally insufficient.” The news propelled Facebook to a trillion-dollar valuation for the first time in its history.

This is the milieu in which the book finds itself. Here’s a mega corporation that has managed to maneuver through controversy, and retain the good business numbers – even as disinformation continues to exist on the platform, aided by a “god-like” technology that still rewards emotive content first.

Kang noted that this technology “has so much insight into who all of its users are and what they’re saying.”

“We have no idea what’s behind the curtain in terms of how the algorithm works – we have a sense, but they operate oftentimes in the cloak of darkness.”

This, along with a “toxic stew” of years of lack of trust in institutions, and social media growth incentivized by preying on people’s base emotions and drives has resulted in thriving disinformation with especially clear consequences in the COVID-19 pandemic.

Kang also noted how Facebook and its algorithms have become incredibly powerful as gatekeepers of information, which decide which content to push on the News Feed, often without transparency about their rankings and how they do it.

There’s a “fraught” relationship between journalists and Facebook as the company can decide which publishers to highlight – a fact that was on display during the US 2020 presidential elections where they promoted authoritative news sources more but turned the dial back down after.

Frenkel added, the algorithm can “amplify the voices that are the most extreme, the most emotive.”

“I would love to ask Mark Zuckerberg, how can you continue to have the News Feed amplifying what is most emotive, and at the same time say, that it’s this equal playing field where the good speech is going to cancel out the bad? He is a person deeply rooted in computer science. I don’t understand how that equation makes sense in his brain,” Frenkel said.

Along with the technology, Kang and Frenkel take a very deep look at the people wielding this power that has this forbidden fruit appeal to it.

Facebook engineers, as the book reported, have been fired in the past for looking at the personal data, the inbox, the photos, and sometimes even the specific current location of a prospective romantic partner. There is some fear that not every data intrusion is discovered. The anecdotes are almost Snowden-like, except you have private employees instead of NSA and CIA agents taking a look behind the curtains. And on the highest rung, you have Mark Zuckerberg, of course.

Frenkel offered an insight into Zuckerberg, and chief operating officer Sheryl Sandberg’s mindset: “I think Mark and Sheryl, I think it’s going to be very hard for them to change because ultimately there are people whose income – whose billions of dollars of income – depend on them maintaining this idea that they’ve created something good.”

“I think the core of their being, this idea of an open and connected world as something that is very important to them, and I imagine it’s very hard for them to let go of that, even when they’re challenged. Maybe open and connected isn’t what we need, maybe fundamentally that just serves your business model but isn’t good for the world, isn’t good for global democracies.”

There’s the rub. Technological and business supremacy remain the top priority for the man at the helm.

Democracy and ethics come into consideration when they serve the purpose of or are becoming a hindrance to “domination!” – a term that Zuckerberg was quoted as saying, pumping his fist, in another anecdote from the book about Facebook’s early growth, perhaps in a geeky, tongue-in-cheek, harmless manner. Or perhaps not. – Rappler.com

A preview of An Ugly Truth: Inside Facebook’s Battle for Domination is available on Google Play and Amazon Kindle.