Facebook Twitter Copy URL
Copied
Price starts at $949 in the US. A page for the device has been set up on the Dyson Philippines website, but there are no details yet on local pricing and availability.

MANILA, Philippines – Earlier in March, Dyson revealed its air-purifying headphones called the Zone. The headphones sucked air in through the earcups, where it is filtered, and funneled through a visor that went over the wearer’s mouth. The premise was to add air-filtering functionality to a wearable device – a pair of headphones – that people usually use outside, where they may encounter air pollution. 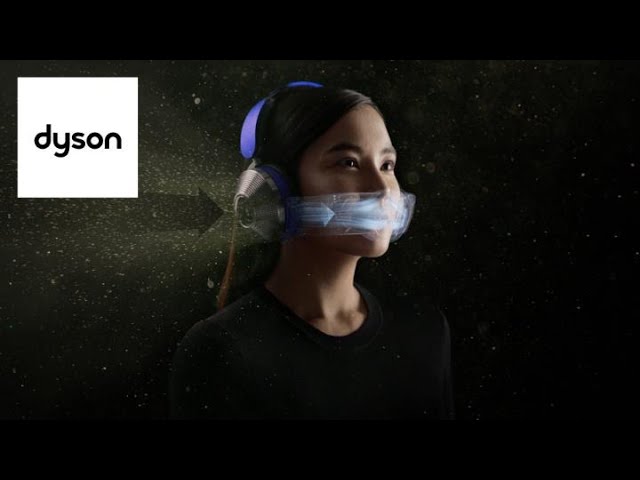 On Thursday, December 8, Dyson finally announced the specs of the said device.

The noise-canceling headphones feature 11 microphones, using eight of these to reduce external sounds by up to 38 decibels, monitoring surrounding sounds 384,000 times a second. It promises full-spectrum audio reproducing frequencies from a wide 6 Hz to 21 Khz range, using 40 mm neodymium speakers.

According to figures provided by Dyson, the detachable visor funnels purified air to the wearer’s nose and mouth, with the electrostatic filters found in the ear cups capturing 99% of particle pollution as small as
0.1 microns, while another set of filters “target prevalent acidic gases most associated with city pollution.”

Dyson described how the system works: “Precision-engineered compressors, spinning at up to 9,750 rpm, draw air through the dual-layer filters. The negatively charged electrostatic filter media captures ultrafine particles such as allergens, and particles from sources such as brake dust, industry combustion, and construction, to an efficiency of 99% for particles as small as 0.1 microns.”

The company added, “A second layer, K-Carbon, is a potassium-enriched carbon layer, which specifically captures city gas pollutants like nitrogen dioxide, sulfur dioxide and ozone, as well as nasty city odors, like construction fumes, sewage, or stale air in metro systems, for example.”

Filters are expected to last up to 12 months, depending on geographical location.

In Trusted Reviews’ impressions on the device, it wrote, “Yes, you look silly, and yes, it feels strange, but more importantly, it works. There’s no headphone like this on the market, and at the same time, it’s more than just a headphone. It’s a fascinating piece of technology, and, soon enough, we’ll see how it performs in the real world.”

The Dyson Zone goes on sale starting January 2023 in China, and March 2023 in the US, UK, Hong Kong SAR, and Singapore. Western tech news outlets have reported that the device will cost $949.

A page for the device has been set up on the Dyson Philippines website, but no information on pricing and availability have been announced yet for the local market. – Rappler.com