MANILA, Philippines – Apple’s Philippine product page for the MacBook Air has been updated with prices for the new M2-equipped model as of Tuesday, June 7.

The fast-charging 67W power adapter can be bought separately for P3,190, which Apple claims allows users to charge the MacBook Air M2 from 0 to 50% in 30 minutes.

A USB-C to MagSafe cable is already included in the package. It’s the first time that a MacBook Air will have a quick-connecting MagSafe port since 2017 when the MacBook Air opted for USB-C port charging.

Internationally, the new MacBook Air is expected to start shipping in July, but no specific release date has been provided for the Philippine market. 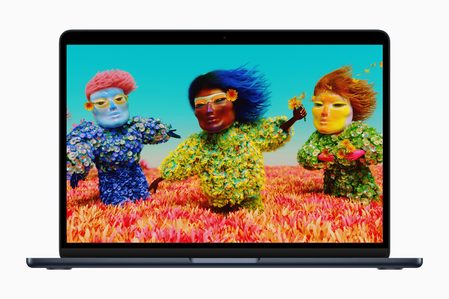 The M1-equipped MacBook Air will still be available for P57,990 – a price that’s slightly higher than its original launch price of P54,990.

The new 13-inch MacBook Pro M2 will retail for P74,990 (256GB) and P86,990 (512GB). The new Pro will come with a USB-C charging cable as it does not have a MagSafe port like the Air. Apple’s product page for the new Pro confirms that it will be available in the Philippines in July. – Rappler.com

Get yourself brand new gadgets at a discount using this Lazada voucher.