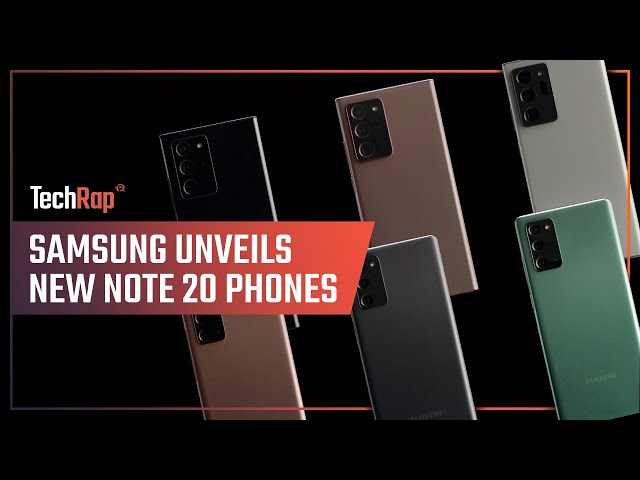 The star attraction in an event that welcomes several other Samsung devices, the Note 20 comes in 2 variants: the base and the Ultra variant, which replaces 2019’s Plus variant.

This year’s Notes are bigger. Last year’s Note 10 and Note 10 Plus had 6.3-inch and 6.8-inch screens, respectively, while the Note 20 and 20 Ultra have 6.7- and 6.9-inch ones. The difference in screen size between the regular and the bigger variant is also smaller for this year’s Notes.

This is the first Note to have a 120Hz screen. However, only the Note 20 Ultra variant carries the feature, unlike the 3 February-launched Samsung S20 phones, which had 120Hz displays for all models.

The Note 20 Ultra also has a laser autofocus sensor, which Samsung says makes for more accurate autofocusing, and the same 108MP wide camera found in the S20 Ultra. While Ultra and the base Note 20 have a similar wide-tele-ultra-wide 3-camera setup, the base Note 20 has a higher resolution 64MP tele shooter.

The base Note 20 also loses the signature curved “edge” display, going instead with a flat one.

The two variants have a 5G and 4G/LTE version, and an improved S-Pen stylus that has less input lag thanks to latency cut from a declared 42 milliseconds to 9 milliseconds.

We will update this story with pricing and availability details once we have them. – Rappler.com

Purchase your must-have smartphones and accessories with this Lazada voucher code.