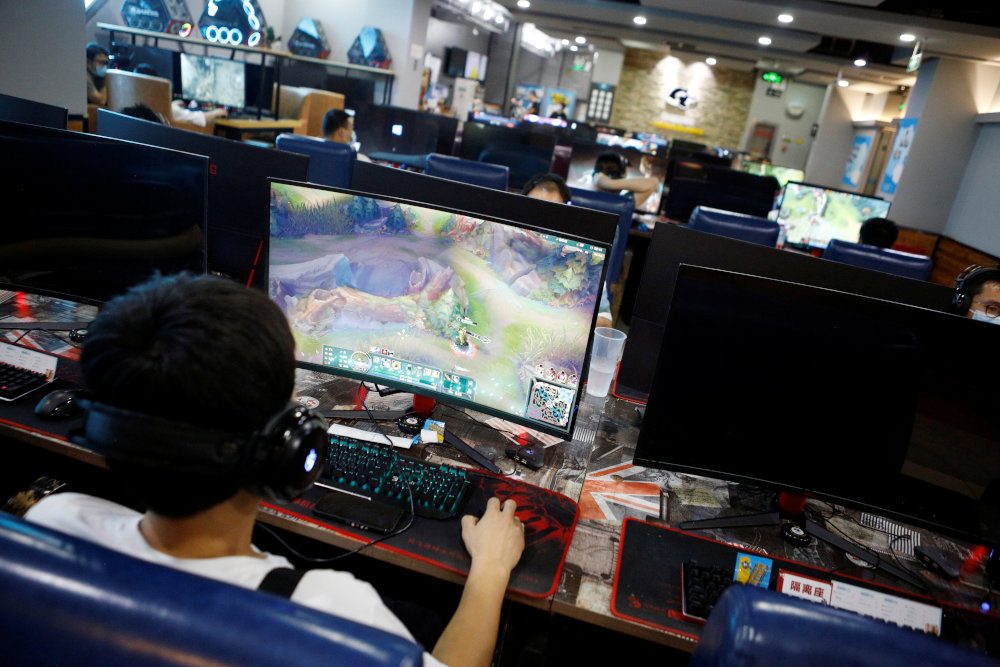 Facebook Twitter Copy URL
Copied
Young Chinese gamers are angry at the curbs, taking to social media to express outrage at the new limits to their online gaming time

Young Chinese gamers took to social media to express their outrage at new rules that limit their gaming time to just three hours per week, while investors fretted about the long-term impact on the industry.

Authorities argue the restrictions are necessary to stop growing gaming  addiction and the People’s Daily, the ruling Communist Party’s official newspaper, said the government had to be “ruthless” as online games impair normal study life and the physical and mental health of teens.

The curbs are part of Beijing’s efforts to promote the primacy of socialism and strengthen controls over society it now views as having become too lax after years of laissez-faire growth for the tech sector and other industries. Young gamers were, however, angry.

“This group of grandfathers and uncles who make these rules and regulations, have you ever played games? Do you understand that the best age for e-sports players is in their teens?” said one comment on China’s Twitter-like Weibo.

While the hit to gaming stocks was relatively measured as children do not provide much revenue for gaming companies, analysts noted that the implications for the long-term growth of the industry were much more severe.

“The root of the problem here is not the immediate revenue impact,” said Mio Kato, an analyst who publishes on SmartKarma. “The problem is that this move destroys the entire habit-forming nature of playing games at an early age.”

There was also relief that the regulations did not go further.

“What the industry is really afraid of is if the government stops approving new games like they did in 2018,” said a Beijing-based private equity investor, referring to a nine-month period when China suspended approvals of new video game titles as part of an overhaul of the regulatory bodies that oversee the sector.

“The new policy is not the worst thing that could have happened,” said the investor who declined to identified given the sensitivity of the topic.

Shares in Tencent, the world’s largest gaming firm by revenue, initially slid but ended up 3%, with analysts noting it had already imposed additional limits on gaming for minors earlier this month.

Krafton Inc, a South Korean company that earns fees by providing services for a similar game to its blockbuster “PlayerUnknown’s Battlegrounds” (PUBG) to Tencent, finished 1% lower.

Tokyo-listed Nexon and Koei Tecmo joined NetEase , which is traded in United States and Hong Kong, in losing more than 3%.

The new rules place the onus on implementation on the gaming industry and are not laws per se that would punish individuals for infractions. Kids can often circumvent rules that require the use of their real names and national identification numbers when signing into games by using the login details of adult family members.

“This is a family education issue, not a gaming issue,” said a 17-year-old gamer who wanted to be known only by her surname Luan.

But some parents like Li Tong, a hotel manager in Beijing with a 14-year old daughter, were heartened by the new rules.

“My daughter is glued to her phone after dinner every day for one to two hours and it’s difficult for me or her mother to stop her,” he said.

“We told her it’s bad for her eyes and it’s a waste of her time, but she won’t listen.” – Rappler.com