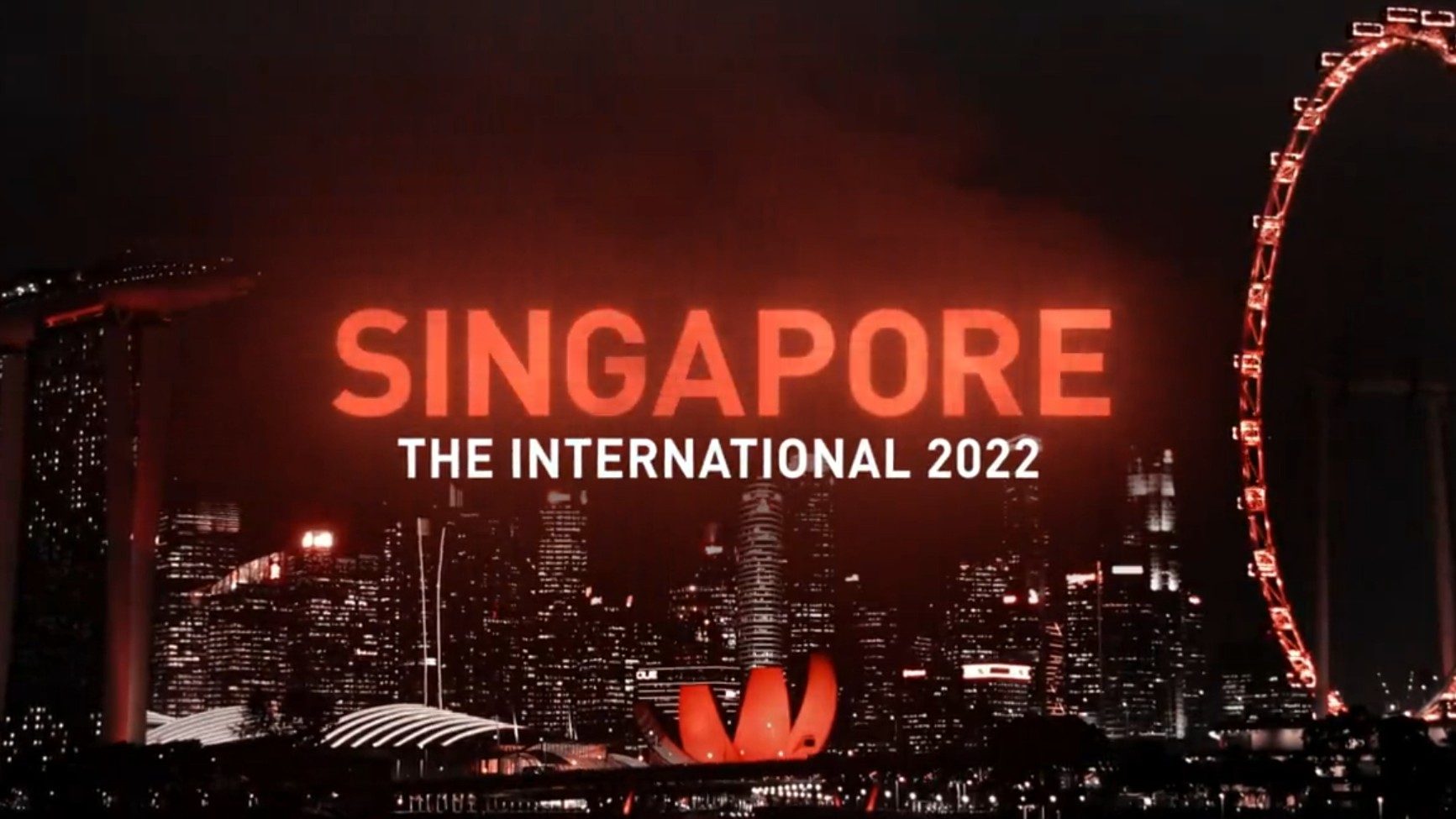 MANILA, Philippines – One of the biggest esports tournaments in the world, The International, will be held in Southeast Asia for the first time since its inception in 2011.

Singapore will host the 2022 contest, as tweeted by the official Dota 2 account on Sunday, May 22. Last year’s event was held in Bucharest, Romania from October 7 to 17, 2021. This year’s event has no specific dates yet although the month has been confirmed to be October as well.

The prize pool, or the total amount of prizes at stake for competing teams, has grown each year since 2011, hitting a peak of about $40 million last year. This year’s prize pool is largely crowdfunded and dependent on sales of Dota 2’s “Battle Pass,” which provides in-game cosmetics and other features to players.

The 2020 version of the event was cancelled because of the COVID-19 pandemic. While teams participated physically in the 2021 contest, ticket sales for the live audience were canceled due to an increase in COVID-19 cases at the time.

In the 2021 contest, five Filipino players competed for different teams including two from the all-Filipino TNC team that finished at 7th/8th in the 2016 edition, Marc Polo Luis “Raven” Fausto and Carlo “Kuku” Palad.

Palad, with South Korean-based team T1, finished at 7th/8th in the 2021 tournament, joined by fellow Filipino, Karl “Karl” Matthew Baldovino – the top finish for a team with a Filipino member.

While this is the first time that Dota 2’s biggest annual tournament will be held in Southeast Asia, the region has hosted tier one tournaments – contests with prize pools above $300,000 – in the past including the Manila Major in 2016, the Kuala Lumpur Major in 2018, and the Singapore Major in 2021. – Rappler.com