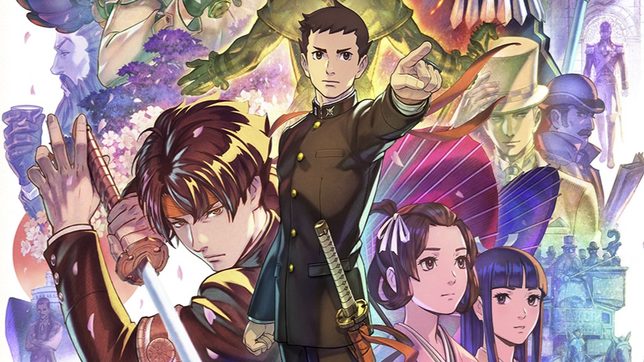 THE GREAT ACE ATTORNEY CHRONICLES. A new entry featuring Ace Attorney games that were formerly only available in Japan comes

Here are all the announcements:

Resident Evil Village is getting additional post-launch DLC, and it’s already in development, as announced by the game’s producer Tsuyoshi Kanda. However, No other information was revealed about the content.

Additionally, the online-only multiplayer mode that ships free with Resident Evil Village, Resident Evil Re:Verse will finally go live sometime next month. No specific date was  announced. In it, you and other players take control of Resident Evil characters and monsters in a deathmatch style contest.

It was revealed that you can have Rise’s Palamute as a Monstie companion in Wings of Ruin as part of a free update scheduled for July 15, 2021.

There will also be a trial version of Wings of Ruin releasing on June 25 ahead of the game’s launch on July 9. This demo lets you carry over your progress to the main game if you end up buying it after launch.

Meanwhile, Rise will be receiving its 3.1 update on June 24, adding new event quests and paid cosmetics. There will also be a crossover event with Wings of Ruin that lets you craft Tsukino’s armor for your Palico. What’s more is that if you have Wings of Ruin in your system, you’ll gain access to the Rider layered armor for your hunter.

During the show, Capcom dropped new trailers for The Great Ace Attorney Chronicles, which is set to come out on July 27 on the Nintendo Switch, PS4, and PC.

The Capcom Pro Tour is a series of tournaments, where the winner gets $5,000 and advances to the Capcom Cup at the end of the year, which has an even bigger prize pool.

The Street Fighter League, on the other hand, is a seasonal tournament, where 6 teams of 3 pro players battle it out for the championship and the $150,000 prize. – Rappler.com