‘Rider’s Republic’ aims to be your adventure ticket 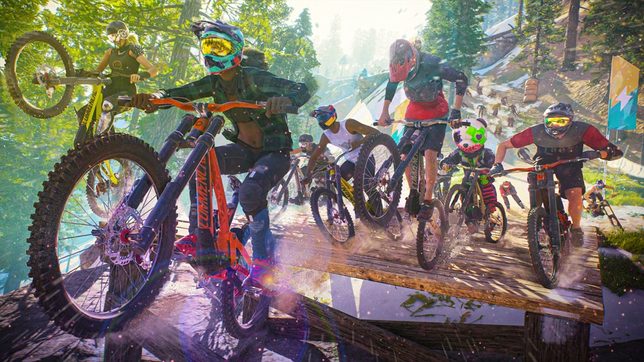 Facebook Twitter Copy URL
Copied
Compete in 50-player mega races on bikes, boards, wings and what have you in this outdoor ride-fest

Ubisoft is enticing thrill seekers with a rebellious world where adventure is always within reach.

It was presented as a “massive” cross-platform multiplayer playground for outdoor sports junkies to connect, compete, and perform, with a bike, ski, snowboard, wingsuit, or, if one’s truly daring, a rocketwing.

It’s the chance to partake in gravity-defying hijinks, and see breathtaking scenes while gliding off the edge of a snowy mountain or leaping off a rocky canyon, without knowledge of where you might land –but always from the safety of your couch.

The game’s interactive open world is designed after renowned American national parks such as Yosemite Valley and Bryce Canyon. Events are based on real-life adrenaline-filled spectacles, with the likes of Burton, Santa Cruz, and, of course, Red Bull Rampage taking center stage.

The Rider’s Ridge, described as “the vibrant heart of the republic,” serves as the virtual lounge. It’s through this social hub where you can discover new acquaintances or partake in hair-raising multiplayer competition.

There is also Tricks Battle, pegged as “the ultimate team competition” wherein two squads of six attempt to out-score the other by strategically performing tricks and earning bonuses by discovering districts.

With Free for All, riders go head-to-head in playlists of different career events, varying on styles of play. Events range from tricks, racing, and air sports.

Through Private PVP, players can group together, play the career content, and progress by gaining stars, compiling milestones, and unlocking gear. Given the game’s impressive aesthetic and performance benefits of certain gear, the last bit is integral.

The crème de la crème is the Mass Race, a pre-determined “giant event” in the map’s different locations. Players need to arrive prior to the races, which take place every hour, and includes more than 50 riders.

And for those who just want to explore the world’s landmark treasures? A snowmobile or paramotor are available.

Rider’s Republic will be available on next-gen consoles, too. – Rappler.com