7 of the biggest game releases for June 2021 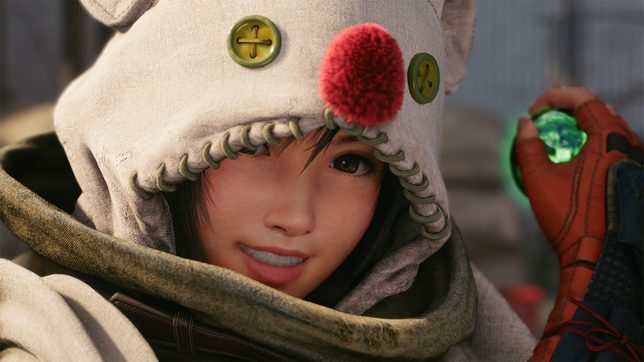 June is expected to be a busy month for gaming with E3 right around the corner. But you don’t really have to wait too long to get your hands on some games that are shaping up to be huge hits. This month has a number of notable releases that we’re definitely looking forward to playing.

Released in celebration of its 35th anniversary, Ghosts ‘n Goblins: Resurrection is a reboot of the beloved, albeit immensely challenging and at times frustrating, NES classic. It stays faithful to the original, retaining that nostalgic, side-scrolling, action-platformer gameplay, and only adding a couple of improvements. And, of course, it remains just as unforgiving as ever.

The game is out now on PS4, Xbox One, Nintendo Switch, and PC.

Dubbed as the spiritual successor to FlatOut, Wreckfest is a demolition derby style racing sim. Whereas the likes of Forza and Gran Turismo push you to drive properly, this game encourages you to wreak as much vehicular havoc as you can. It features realistic-looking body damage and an intricate car upgrading system that’s sure to please any gearhead.

Wreckfest is now available on the PS5.

Final Fantasy VII Remake Intergrade is an upgraded, next-gen version of the base game, which was released on the PS4 last year, along with a brand new episode, featuring Yuffie. This version touts improved visuals, namely lighting, texture, and environments. It also features a “Graphics Mode” that prioritizes graphical fidelity and hits 4K resolution and a “Performance Mode” that favors maintaining a stable 60fps.

Those who already own the game on PS4 can upgrade to the PS5 version at no extra cost. It, however, won’t include the new Yuffie episode.

Ryu Hayabusa is back in a remastered collection of his previous outings. This release comes with the Sigma versions of Ninja Gaiden 1 and 2 together with Ninja Gaiden 3: Razor’s Edge. While these aren’t the original versions of the game, they still feature that same fast-paced, hack and slash combat that tests your reflexes.

For fighting game fans, there’s Guilty Gear Strive, the latest entry in the long-running Guilty Gear franchise. Strive retains the deep, combo-heavy fighting gameplay that fans have grown to love while adding a few new mechanics to give newcomers an extra boost. And just like every other Guilty Gear entry, this promises to be a visual feast, combining 3D cell-shaded art with flashy animations.

Up for a swashbuckling, interdimensional adventure? Then, Ratchet & Clank: Rift Apart might just be the game for you. This highly-anticipated PlayStation exclusive once again features the titular duo going on another heroic quest to save the galaxy. But they’ve never looked quite this good doing it before. Rift Apart takes full advantage of the PS5’s hardware, serving up an action-platformer that’s shaping up to be as fun to marvel at as it is to play.

The game releases exclusively on the PS5 on June 11.

Mario Golf: Super Rush, as you might have guessed from the game’s title, is a golf game starring the iconic Italian plumber. This is a more casual take on the sport, though, rather than a full-on sim, with the inclusion of various special moves and level hazards. It also supports motion controls for the Switch’s Joy-Cons in case you want to get a feel of actually playing golf without having to go out onto a field.

The game hits the Nintendo Switch on June 25. – Rappler.com