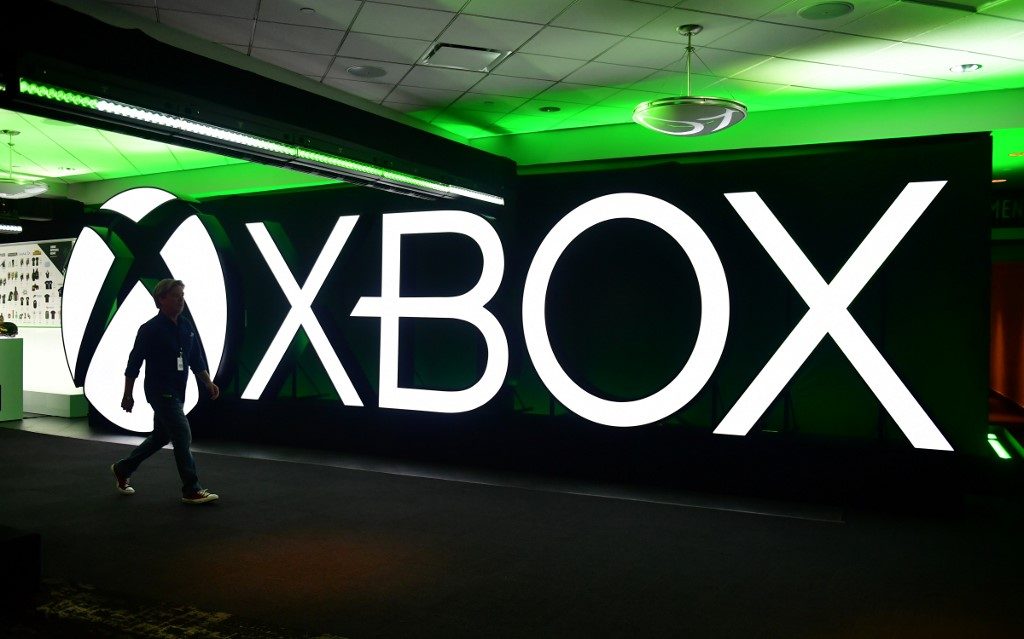 A man walk past an Xbox sign during the Xbox 2018 E3 briefing in Los Angeles, California on June 10, 2018, ahead of the 24th Electronic Entertainment Expo which opens on June 12. (Photo by Frederic J. BROWN / AFP)

“With cloud gaming in Game Pass Ultimate, you will be able to play over 100 Xbox Game Pass titles on your phone or tablet.”

Ultimate subscribers, who pay $15 monthly, will be able to access a library of games for play on Xbox consoles or Windows-powered computers.

“Cloud gaming in Xbox Game Pass Ultimate means your games are no longer locked to the living room,” Spencer said.

“And just like you do with your movie and music streaming services, when cloud gaming launches into Xbox Game Pass Ultimate, you can continue your game wherever you left off on any of your devices.”

Microsoft is to host a streamed event on July 23 showcasing games that will be available for play on a new-generation Xbox Series X to launch late this year.

Pricing has yet to be announced, but the release date was confirmed for the Christmas holiday season next year, when Sony’s PlayStation 5 console is also scheduled to come out.

The current PlayStation 4 has outsold Xbox by more than two to one, but Microsoft hopes to take the battle back to Sony, which has yet to give any technical details for its own new console.

Sony Interactive Entertainment has a PlayStation Now service that combines cloud gaming and title downloads that is synched to its latest-generation consoles and Windows-powered personal computers.

Having titles sit on powerful servers in the cloud could allow for unprecedented features such as thousands of people playing simultaneously or environments as detailed as the real world. – Rappler.com