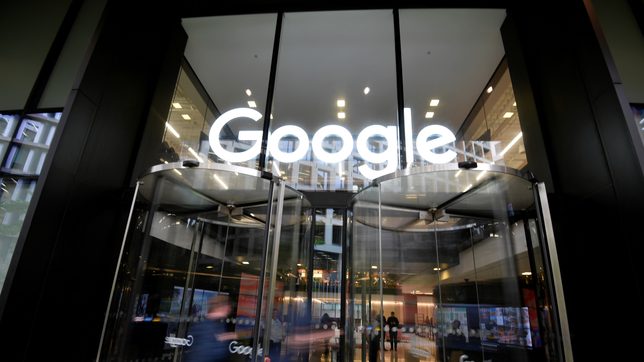 GOOGLE. The Google name is displayed outside the company's office in London on November 1, 2018.

Google has reached licensing deals with over 600 news outlets around the world and is seeing a “huge increase” in users requesting more content from specific publications as part of a new program, it said on Wednesday, March 31.

The update comes as big internet service providers including Facebook have been locked in bitter disputes over fair compensation to publishers.

Google is continuing to negotiate with additional publishers, including in the United States, to spend $1 billion for what it calls News Showcase.

The program through 2023 is Google’s biggest effort to invest in an industry that blames tech giants for siphoning its advertising revenue. Combined, Facebook and Google control over half of the digital advertising market.

Google is exercising little oversight over publishers’ use of the money.

“The intention of our payment is to help make it easier for publishers to be able to participate in the program,” Brad Bender, a vice president at Google overseeing News Showcase, told Reuters. “But ultimately it’s in service of creating this more sustainable future for news.”

But Google’s hesitance to hold publishers accountable for generating business results with the funds leaves questions about whether the media industry will at last turn a corner after several attempts by tech companies to provide support and improve its outlook.

“It’s not up to us to tell a news publisher how to run their business,” Google said.

Bender expressed optimism, though, about News Showcase steering publishers toward a brighter future and said the company would support the program beyond the initial $1 billion.

“We’re committed to being part of the solution,” he said.

Publishers from a dozen countries have agreed to license content, Google plans to say in a blog post on Wednesday. Users can see the content in Australia, Argentina, Brazil, Germany and Britain, with Italy joining Wednesday.

In February, Google said “well over” 500 publishers had signed deals.

Google’s lone requirement for funding recipients is that they provide a specified amount of content per day, Bender said. The funding helps publishers staff journalists to arrange the content, known as panels, which are then featured in Google’s News and Discover apps, Bender said.

Users can “follow” publishers to get more panels from them. Publishers including The Financial Times and The Canberra Times collectively are generating 7,000 panels per day and users have registered 200,000 follows, Google plans to announce.

The option to select more content from some publishers had existed in Google’s News tool earlier, but follows from News Showcase panels in the countries where they are available now represent a double-digit percentage of all follows, Google said.

Over time, Google hopes publishers can turn followers into paying subscribers or get a sales boost from increased viewership of ad-supported content.

Reuters has reported fees for individual publishers in France range from as large as $1.3 million for newspaper Le Monde to $13,741 for local publisher La Voix de la Haute Marne.

Bender acknowledged Google in designing the new program had not consulted with unions and other organizations representing journalists, many of which in the United States have criticized private equity funds for buying media companies, slashing costs and weakening content.

Ensuring that Google’s funding grows newsrooms and not owners’ pocketbooks is a conversation journalists’ groups should have with publishers, Google said.

Google, like with other news-related features, said it has no plans to generate revenue from News Showcase. – Rappler.com