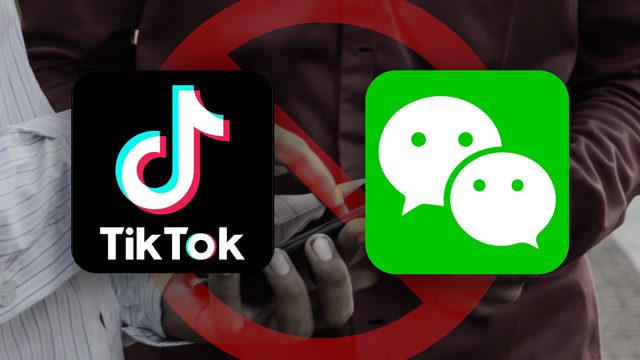 India on Monday, June 29, banned 59 Chinese mobile apps, including the wildly popular TikTok and WeChat, over national security and privacy concerns two weeks after a deadly Himalayan border clash between the nuclear-armed neighbors.

Relations between the world’s two most populous nations have been strained following the deaths of 20 Indian troops in hand-to-hand fighting with their Chinese counterparts on the western end of the high-altitude, contested border in mid-June.

The apps “are engaged in activities… prejudicial to sovereignty and integrity of India, defense of India, security of state and public order,” the Ministry of Information Technology said in a statement.

“The government of India has decided to disallow the usage of certain apps… This decision is a targeted move to ensure safety and sovereignty of Indian cyberspace.”

The statement said the move was taken after the ministry received several complaints alleging theft of users’ data and violations of user privacy.

It was unclear when the ban would come into force.

Most of the applications are highly popular in India, including ByteDance-owned video-sharing apps TikTok and Helo, file-sharing app SHAREit and Alibaba’s UC browser and UC News, with a combined user base of more than half a billion.

There are estimated to be about 120 million TikTok users in India, making the South Asian nation of 1.3 billion people the app’s biggest international market.

Other apps on the banned list include microblogging app Weibo and strategy game Clash of Kings.

But anger has been brewing across India since the soldiers were killed in a brawl along the disputed border in northern Ladakh region on June 15 in the deadliest faceoff for almost half a century between the two countries.

It was the first time troops have been killed on their frontier since 1975. Beijing has not disclosed if there were any casualties among their troops.

India and China fought a war over the border in 1962.

New Delhi has accused China of intruding into its territory in the region, a charge Beijing has denied.

Thousands of soldiers remain on alert, although both sides said they were trying to resolve the standoff through dialogue.

The deaths triggered massive outrage and street protests in India. There were calls for the banning of Chinese businesses, which export goods worth nearly $60 billion to India.

A senior minister in Prime Minister Narendra Modi’s government demanded a ban on Chinese food while a prominent trading union said it would boycott a range of commodities imported from China.

A hotel union last week said they would not allow Chinese guests to stay in their properties.

Millions of Indians downloaded “Remove China Apps,” a mobile application that helped users detect and delete Chinese software, before it was removed by Google from its Play Store.

Media reports said Chinese consignments were being held up by customs at major Indian ports.

Chinese smartphone maker Xiaomi, however, which has a more than 30% share of the Indian market, is promoting itself as a company in line with the government’s “Make in India” slogan, an apparent move to counter anti-Chinese sentiments.

Chinese mobiles have an almost 65% share in the local smartphone market.