The iPhone 5S will be made of high-grade aluminum, with edges that are diamond-cut and chamfered, much like the current iPhone 5. It will come in silver, gold, and space gray. It will sport a 4-inch multi-touch Retina display.

The iPhone 5S will take advantage of an A7 chip, with iOS 7 and apps retooled for a native 64-bit kernel, libraries, and drivers. Apple says the A7 chip in the iPhone 5S "will bring 64-bit desktop-class architecture to a smartphone for the first time."

The announcement states that it is also meant to be up to twice as fast and with twice the graphical performance as the previous generation.

It will also run Open GL/ES 3.0, which allows for handheld gaming. At the event, Epic Games demonstrated the next game in the Infinity Blade mobile game series, Infinity Blade III, to show off the gaming potential of the device. Infinity Blade III will be made available alongside the release of the 5S.

Also announced for the iPhone 5S is something called the M7 chip. This chip acts as a motion co-processor, aggregating and monitoring accelerometer, gyroscopic, and compass data and offloading it from the A7 chip. This enables better power efficiency, and is meant to provide a "whole new level" of fitness applications for the iPhone 5S, thanks to new developer CoreMotion APIs. The app that will take first take advantage of it is a Nike app, called the Nike Plus Move. 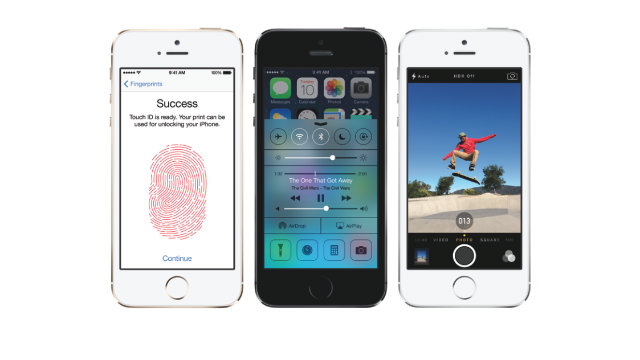 NEW FEATURES. With improved camera functions, TouchID fingerprint sensor security, and iOS 7 behind it, Apple hopes to make the 5S a hit.

There will also be a new FaceTime HD camera for better low-light performance, with support for audio-only FaceTime calls on iOS 7.

The iPhone 5S will also have a feature known as TouchID. It's basically a fingerprint sensor for added security on your device. The TouchID sensor is capacitive, measuring 170 microns thin. It has a 500ppi resolution, can scan in 360 degrees, and can learn multiple fingers. 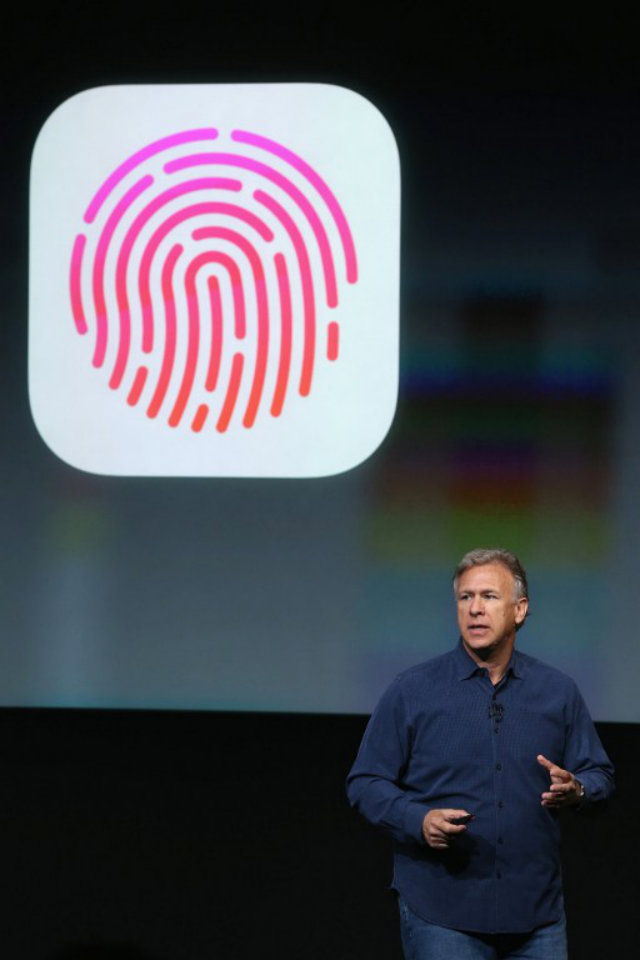 The TouchID can be used to make iTunes purchases, and is located conveniently on the Home Button. The fingerprint information is stored in a subsection of the A7 chip.

Apple.com has updated its website with an iPhone 5S technical page, which you can visit for in-depth specifications, as well as a list of built-in applications. - Rappler.com