Nas Daily follower count drops by more than 500,000 amid controversy From August 4 – the day that Whang Od’s grand niece Grace Palicas called the inclusion of a Whang Od course in Yassin’s online learning platform Nas Academy a “scam” – to the morning of August 6, about 306,900 users have unfollowed the page, according to Facebook analytics tool CrowdTangle. The bulk of unfollows came from August 5 at 275,200. The page drops from 20.96 million followers a week ago to 20.68 million.

The chart showing a loss of 486,000 followers, shown below, is a seven-day tally, and accounts for the follower gains made from July 31 to August 3, the days before the feud began.

A 22-second video shown on a separate Nas Daily Tagalog page did little to appease netizens, with some saying that the company should have apologized to and discussed matters with Whang Od’s camp instead of pushing back against Palicas’ cries with the release of the video. (READ: The other controversies of Nas Daily’s Nuseir Yassin)

Matters got worse for Yassin, with accusations coming from The Cacao Project founder Louise Mabulo, who said that the content creator only cared about clickable content, and insulted the farmers. “He said no one wants to hear about farmers or farms, it’s not clickable viewable content. He didn’t care about making change or shedding light on real issues— he only wanted content, a good, easy story to tell that would get him more Filipino views,” Mabulo said. 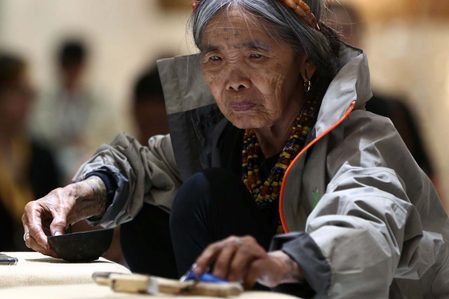 The mayor of San Fernando, Camarines Sur, Fermin Mabulo, has also come out to defend his daughter Louise, explaining that they made it clear to Yassin that the cacao trees were still in the flowering stage, and they had nothing to show much at that stage.

“His intended content is inconsistent with the realities on the ground. We were very transparent about what we showed him but he was looking for something else,” said the mayor.

Curiously, the Nas Daily Tagalog page has seen a spike in follower growth, increasing by about 28,000 in the same time period, bringing the total to about 850,000. – Rappler.com