A video on the economy of the Philippines during the Marcos years is making the rounds on TikTok and being spread across social media this week.

The video, released on September 21 by Mona Magno Veluz (Mighty Magulang on TikTok, who describes herself as a “history geek”), looks at the macroeconomic effects of the Marcos era on the lives of the Filipino people based on empirical economic data.

Veluz said wages dropped during the Marcos era, such that workers who earned a hypothetical P100 in 1962 earned much less at a later year compared to that base year.

Foreign debt in this case is money borrowed by the government from another country’s government or from private lenders, as well as obligations to international organizations such as the World Bank or the International Monetary Fund.

Veluz notes that the infrastructure spending was pursued to justify the foreign loans, the cost being increasing the country’s external debt.

Veluz added, “Debt is okay if your country’s foreign exports grow at the same rate; but it did not in this case. Economists look at debt to export ratios, and in the 1980s it was at 300%; and that’s a bad thing. The Philippines had to declare a debt moratorium in 1983.”

The debt to export ratio is defined by the International Monetary Fund (IMF) as “the ratio of total outstanding debt at the end of the year to the economy’s exports of goods and services for any one year.”

“This ratio can be used as a measure of sustainability because an increasing debt-to-exports ratio over time, for a given interest rate, implies that total debt is growing faster than the economy’s basic source of external income, indicating that the country may have problems meeting its debt obligations in the future,” the IMF explained.

Put bluntly, what Veluz is saying is that the debt grew faster than the country’s foreign exports – a “bad thing.”

She likened this issue to having several maxed-out credit cards, with the Philippines being unable to meet obligations as the minimum payment required is thrice the country’s income. 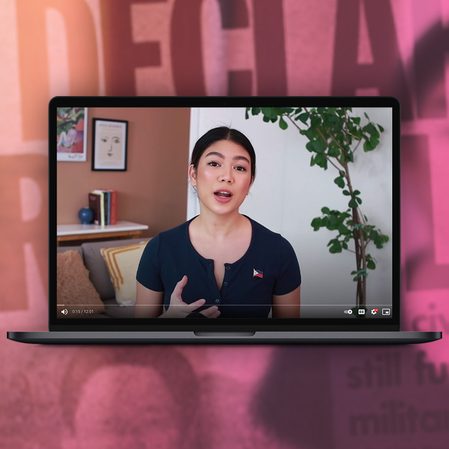 The situation was made worse at the time by other external factors, such as the Latin American debt crisis, as discussed in this article here: “Marcos years marked ‘golden age’ of PH economy? Look at the data.”

As such, “the Marcos era was built on debt-driven accomplishments,” Veluz said, and was great for perhaps a few people, but not for most.

The MightyMagulang TikTok channel has over 294,000 followers now, with the TikTok video on Marcos-era economics having over 122,000 likes as of this writing. – Rappler.com