Bezos to tell U.S. Congress: Amazon is in a ‘competitive’ global retail market 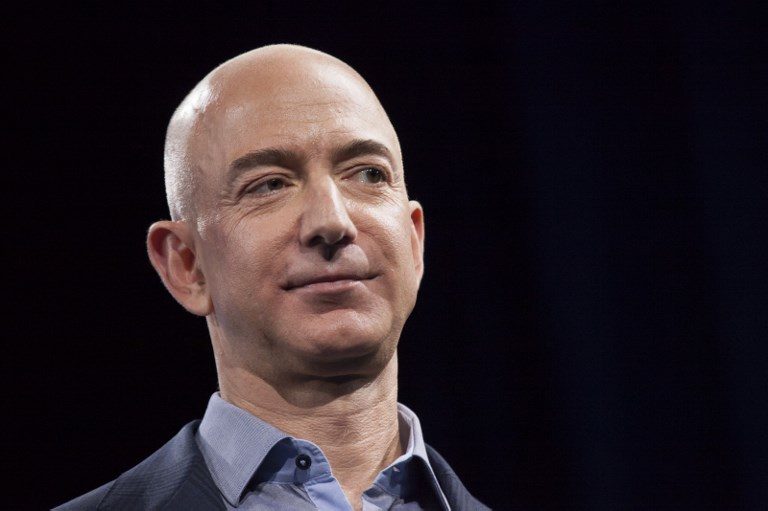 (FILES) This file photo taken on June 17, 2014 shows Amazon founder and CEO Jeff Bezos presenting the company's first smartphone, the Fire Phone, in Seattle, Washington. Amazon founder Jeff Bezos became the world's richest person on July 27, 2017, as a jump in the share price of the US tech giant enabled him to overtake Microsoft founder Bill Gates, Forbes magazine estimated. The magazine said its real-time tracking of personal fortunes showed Bezos with a net worth of $90.5 billion, ahead of the $90 billion for Gates. / AFP PHOTO / GETTY IMAGES NORTH AMERICA / David Ryder

Facebook Twitter Copy URL
Copied
''I believe Amazon should be scrutinized. We should scrutinize all large institutions, whether they’re companies, government agencies, or non-profits'

Amazon founder and CEO Jeff Bezos is set to emphasize the “extraordinarily competitive” global retail market in his opening remarks during the House antitrust hearing on Big Tech on Wednesday, July 29 (Thursday, July 30, 12am, Philippine time).

Bezos, along with CEOs of Facebook, Apple, and Google, will testify before lawmakers in Washington for the first time as part of a House judiciary subcommittee hearing on the power and size of Amazon, Google, Facebook and Apple. The hearing will be conducted virtually due to the coronavirus pandemic.

“The global retail market we compete in is strikingly large and extraordinarily competitive. Amazon accounts for less than 1% of the $25 trillion global retail market and less than 4% of retail in the U.S. Unlike industries that are winner-take-all, there’s room in retail for many winners,” Bezos said in a lengthy prepared statement posted on Amazon’s site.

“I believe Amazon should be scrutinized. We should scrutinize all large institutions, whether they’re companies, government agencies, or non-profits. Our responsibility is to make sure we pass such scrutiny with flying colors.”

Bezos is also expected to say that Walmart is “more than twice Amazon’s size” and that 80 other retailers in the US earn a revenue of at least $1 billion each year.

In the hearing, the tech founder will also talk about his and his family’s hardships – like how he started the company in 1994, his 17-year-old mother struggled to take care of him and how his adoptive father migrated from Cuba.

He will also highlight American’s trust in Amazon and the company’s role as one of the biggest job creators in the US.

Bezos will also mention some names of third-party sellers in a bid to show how Amazon helped these sellers succeed.

Bezos is likely to be questioned about Amazon’s role both as a seller of goods and an online marketplace. There are also allegations that the company used sales data from third-party sellers to create competing products.

Lawmakers are also likely to grill Bezos over Amazon’s treatment of warehouse workers during the pandemic. – Rappler.com