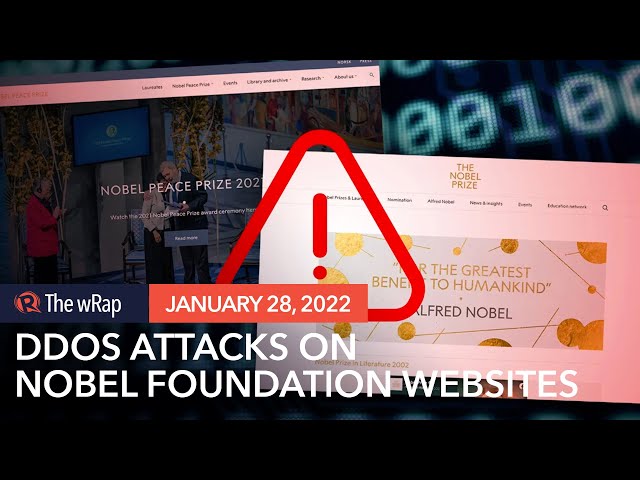 The Nobel Foundation’s official websites were the subject of distributed denial-of-service (DDoS) attacks on Nobel Day, December 10, 2021, the foundation revealed over a month after the incident.

“A so-called distributed denial-of-service (DDoS) attack affected the www.nobelprize.org and www.nobelpeaceprize.org websites during the Nobel Day when the prize ceremonies were being live-streamed from Oslo and Stockholm,” the foundation stated in a press release on January 21.

“The cyberattack subjected the websites to extremely high loads and was designed to try to prevent our ability to update and publish new information about the Nobel Prize and the achievements of the Nobel Laureates.”

The foundation called it “a long-term threat to the freedom of expression.” It said it reported the incident to police but so far there has been no information as to which parties were behind the cyberattack. DDoS attacks flood websites with fake traffic that may lead to downtime, preventing access to information, and have become a tool to intimidate and harass websites. In the Philippines, rights group Karapatan, and news websites such as Altermidya, ABS-CBN, and Rappler have been the subject of such attacks.

Among the Nobel laureates at Nobel Day 2021 were journalists Dmitry Muratov and Rappler CEO Maria Ressa, whose keynote speeches highlighted the importance of press freedom, and its role in preserving democracy during an era of fake news, disinformation, and rise of authoritarianism worldwide. – Rappler.com