Huawei P20 review: Holding its own with stellar cameras Facebook Twitter Copy URL
Copied
While the P20 doesn’t have the triple-camera setup of the P20 Pro, it’s still capable of shooting high-quality images packed with plenty of detail

MANILA, Philippines – When Huawei unveiled the latest entries to their P series of phones in Paris, France last March, the high-end P20 Pro was the center of attention for being the first smartphone to come equipped with three rear cameras.

Despite not being as powerful or ambitious as its big sibling, the P20 holds its own and should not be overlooked. It offers an impressive design, stellar cameras, and, satisfactory battery life for a price that’s now considered affordable for flagships: P34,990

The P20 is a big step-up from the P10, which now looks pedestrian by comparison. This is most evident with its slimmer side bezels and the addition of the infamous notch. Those who hate the notch would be pleased to find out that it can be “turned off” by toggling a setting that lets it seamlessly blend with a black bar across the top of the phone. Although the design choice never personally bothered me, I appreciate having an option to hide it when I wanted to.

Huawei seems to sacrifice a bit of screen real estate by positioning the fingerprint scanner in the bottom front of the phone which is now less common in the growing trend of shrinking bezels. I could never get used to touching a scanner at the back to unlock my phone so no complaints here. There is a face unlock feature which offers another convenient way to unlock the phone even in areas with low light. This feature works well based on my time with it. Perhaps my favorite feature of the P20’s design is its eye-catching color options for the glass back. My review copy was the midnight blue version which has a nice and elegant sheen to it, and is a real design win for the Chinese brand. The only downside is that it catches fingerprint smudges quite easily and can get very slippery at times.

The P20, however, doesn’t feature the OLED screen of the Pro. It has a 5.8-inch, 18.7:9 ratio display that is decent enough for viewing high-definition videos and photos. It’s not completely bezel-less as with other flagships these days but it’s got great viewing angles and mostly does the job.

The only thing I felt was sorely missing was a 3.5mm headphone jack. Considering that some of the competition still include the port in their premium flagships, I don’t see any reason why it was left out.

Undoubtedly the biggest selling-point for the P20 is its Leica-branded dual-camera system that shoot crisp images packed with plenty of detail. For rear cameras, the P20 pairs a 12-megapixel, f/1.8 aperture RGB sensor with a 20-megapixel, f/1.6 monochrome sensor. These two cameras work hand-in-hand to give better quality images with added depth. Meanwhile, it has a 24-megapixel, f/2.0 aperture selfie camera in front.

Those less savvy with a camera would be glad to hear that the different camera settings coupled with the smart artificial intelligence (AI) can help enhance and make photos look better. For instance, portrait mode automatically blurs the background and puts into focus the human subject.

These settings can be activated by swiping through them within the camera app or letting the AI recognize what it is the camera is shooting. Speaking of the AI, it recognizes a number of objects and scenes that smartphone users generally take photos of which include food, greenery, and people.

Best of all, the night mode can shoot stunning low-light images  without the need for a tripod. What the AI essentially does is it opens the shutter for four full seconds, cycles through different exposures, then stitches them together into one image.

Now, four seconds is a long time for the shutter to be open in handheld as it tends to capture even the most subtle hand movements which often results to blurry photos. But thanks to Huawei’s image stabilization AI, images shot in dimly lit places and situations turn out really nice.

The only issue I ran into with regards to its camera is that in some settings the AI sometimes oversaturates images. This is not a dealbreaker in any way as the recommended AI settings can easily be toggled off with just a tap of the button. Plus, there’s a professional shooting mode that allows manual configuration of settings.

Here are some of the photos I took: 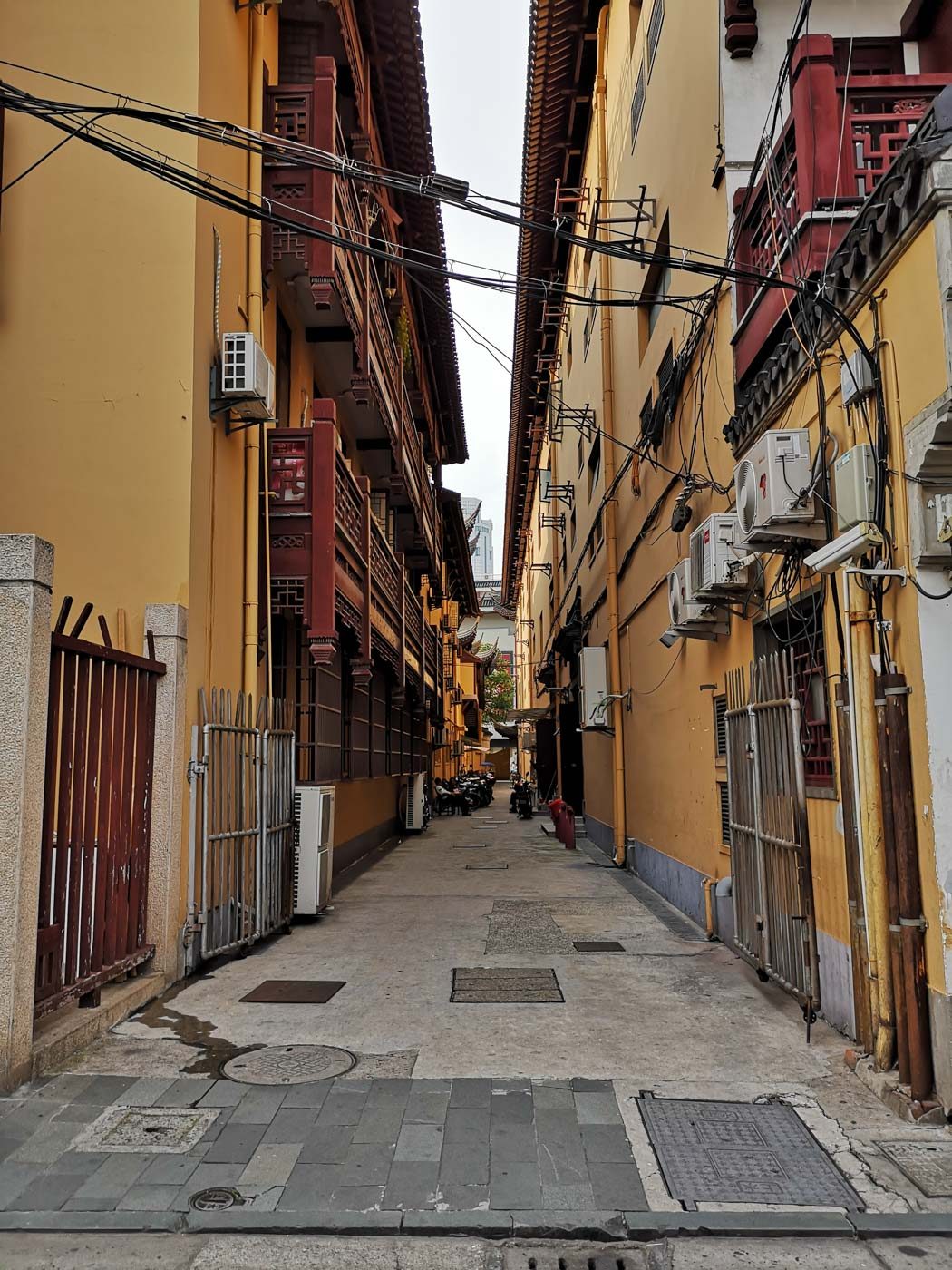 The Huawei P20 houses a 3,400mAh battery which can comfortably last close to an entire day even under heavy use. There was always just enough juice for me to make it through my day after having used it for sending emails, taking photos, and watching YouTube videos on a 4G connection. It also comes with Huawei’s fast-charge tech which should fully juice the P20 in about an hour or so.

In terms of performance, Huawei’s signature Kirin 970 combined with 4GB of RAM is capable enough to keep apps and other functions working properly. I never once encountered any stutter or crash with the games and apps I used during my brief time with the review copy.

Overall, the Huawei P20 is a solid choice for people who love to shoot photos using their smartphones. With P10,000 separating the P20 from the P20 Pro’s price, there’s really no going wrong with picking the affordable but nearly as capable middle child of the series. – Rappler.com

(Full disclosure: Huawei lent a review unit for the purposes of this article.)