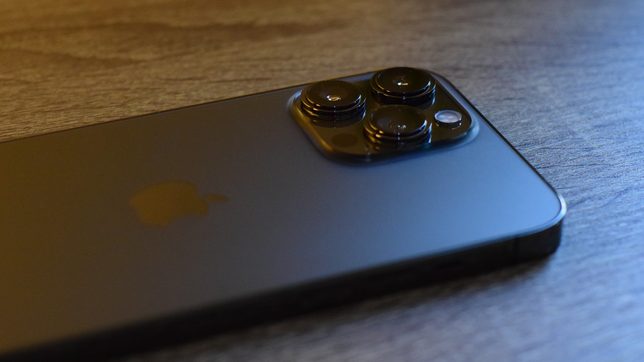 (Disclosure: Smart lent an iPhone 13 Pro Max for the purpose of this article. Smart iPhone plans can be found here.)

As an Android user, I always make it a point to check out the yearly iPhone releases, and see how it fares against the experience of using an Android phone. And every year, at least one thing is certain: iPhones always manage to surprise me with how premium they feel, even in comparison to Android phones in the same price tier.

Often, iPhones, when they’re announced, are teased for carrying features that had already been found in Android phones in the past. A 120Hz display? A 1TB storage option? We pointed out exactly these things in a launch article for the iPhone 13, and how they’ve been in existence in Android phones in the past. The key difference, as always, is that those phones aren’t iPhones.

And when it comes to build, which is what your hand will experience day in and day out, iPhones are simply in their own class. I wonder if it’s the brand reputation coloring my judgment, but holding the iPhone 13 Pro Max, there’s just an exactness to the design and the build that just radiates that unmistakable top-shelf vibe.

Here are the other things I’ve loved about it so far:

The Cinematic mode gives you bokeh while shooting a video. While many phones carry a similar feature, I’m impressed with how natural it looks with the Pro Max. In the right hands, it’s a mode that could produce a really nice video. It’s not something you’d likely use every day, but if you do, the Pro Max’s take on cinematic bokeh-filled video taking leans more towards being a true creative tool rather than just a gimmick. The autofocus cooperates well in the mode too, allowing you to lock on to a subject as you give your camera some movement.

Video trimming has been incredibly fast

There are so many benchmarking numbers out there online already that show the power of the A15 Bionic chip. But in my own practical experience, I loved how fast it is when producing a new clip out of a longer clip. I’ve made a few one-minute, three-minute, and five-minute trimmings from longer videos with a filter and some light correction, and the result is nearly instantaneous. It seems noticeably faster even compared to flagship Androids this year, when it comes to this particular task at least.

To be clear, when using a dedicated editing app like iMovie beyond the more basic video trimmer, rendering does still take the usual pace. Most mobile users though will just cut and trim clips, so the speed at which the iPhone 13s do it is certainly a pro.

I think the iPhone 13 has some of the best macro imaging of the phones I got to test this year. I love macro shots, and the iPhone 13 does it with its ultra wide 0.5x lens. The result, like the cinematic bokeh in its Cinematic mode, looks also amazingly natural, and is very good at showing image depth.

If there’s one thing actually that the iPhone 13 Pro Max cameras do well is that the shots don’t look processed at all (although of course there’s a mode where you can choose various lighting effects). If you’re looking for something that automatically tweaks your appearance for your own purposes, you won’t get that here.

I’m always in a bit of a panic when I’m using a new iPhone because I actively look for the 3 basic navigation buttons you find on an Android. The navigation bar in the iPhone 13 works roughly the same as previous iPhones. You swipe up from the bottom to reveal your current apps. When you’re in an app, you swipe up from the bottom as well to close it. That’s the basic navigation style of modern iPhones. I think I’ve made a mental note of this before: it feels more seamless than the 3-button setup of Androids. Coming from Android, it takes some getting used to, but once you do, the typical Android setup just feels a little dated by comparison.

Alright, so iPhone’s a little late to the 120Hz party, but hey, what can we say? The smoothness of a 120Hz display pairs well with a device like Apple’s. It’s the first iPhone with a 120Hz display, and for real fans and longtime Apple users, it’s a nice upgrade to the visual experience.

It was especially engaging to play the iOS-only RPG Fantasian, thanks to the powerful speakers aside from the brilliant display. All the iPhone 13s have an A15 Bionic Chip, but the Pro Max has the biggest display (6.68 inches) to truly showcase the gems you’ll find in the Apple Arcade games subscription service.

One big downer though: the phone gets hot fast. Again, I was playing Fantasian. And after just a few minutes, it got hot – uncomfortable but not unplayable, with the heat coming mainly from the center of the body. – Rappler.com