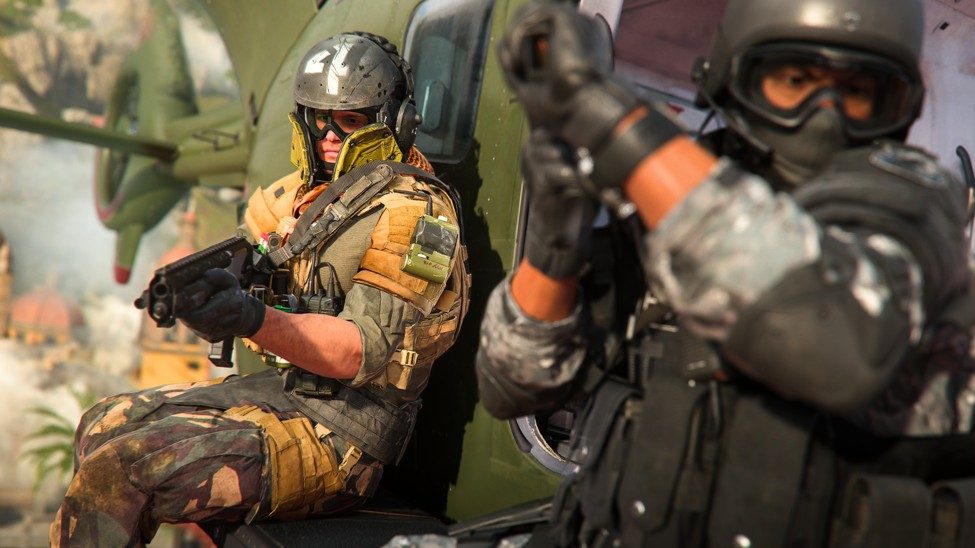 Facebook Twitter Copy URL
Copied
'Modern Warfare 2' features an enjoyable campaign and a strong multiplayer experience, but in its current state, there are issues that are hard to overlook.

(Disclosure: A PlayStation 5 review code was provided by the publisher.)

Another year, another Call of Duty. This year, we have Modern Warfare 2, the sequel to 2019’s Modern Warfare, which is a soft reboot of the 2007 series of the same name.

Between the single-player campaign, the competitive multiplayer, and the co-op Spec Ops mode, there’s plenty to unpack here. By and large, this installment is a return to form for the multi-billion dollar franchise after the less-than-stellar response to last year’s Vanguard and 2020’s Black Ops Cold War. It has its moments, certainly, yet I can’t help but feel that it still fails to live up to the first Modern Warfare.

Let’s take a look at each of the three components individually before assessing the package as a whole.

An enjoyable campaign with some memorable missions

Modern Warfare 2’s campaign picks up three years after the events of the first game. A new terrorist threat has emerged and it’s once again up to Captain Price and his reassembled Task Force 141 to stop it.

Much of the story is your standard Call of Duty fare that takes you from one set piece moment to the next in what I could best describe as a Hollywood blockbuster-style thrill ride. And that’s all fine to me as the presentation and production value of the game help elevate its fairly generic military thriller ideas and muddled message about war. It’s just a shame that the story is not as gripping or provocative as its predecessor, opting for more spectacle over grounded realism.

The pace doesn’t give you much time to reflect on the moral decisions of the characters the same way the first game did. A large part of the eight-to-ten hour campaign just has you jumping from one part of the world to another, squadding up and stopping bad guys. While there are some twists and turns along the way, I think it fails to reach the heights of Modern Warfare’s more compelling and nuanced story.

Still, I did enjoy the ride. The campaign takes you to a variety of locales across the globe with varying mission designs, from stealth ops in an Amsterdam dock to an oil rig shootout off of the Gulf of Mexico. Some feel fresh and are quite memorable, while others serve as good callbacks to iconic missions from the original series. There are still times when the game annoyingly chooses to fall back into familiar mission design trappings, but it’s evident the developers tried to innovate the formula to a certain extent.

What I particularly love about this game’s campaign is that the members of Task Force 141, such as Ghost, Gaz and Soap, and some returning supporting characters like Laswell all have more personality than their counterparts from the original series. The campaign is peppered with moments that let you talk to your squadmates through dialogue options. As a result, you learn more about who they are. This is a nice touch as it makes them feel less like expendable NPCs and more like actual human operatives that you’d want watching your back.

I also love how this is arguably the best-looking Call of Duty yet, highlighted by impeccable lighting, sharp textures, and a smooth performance. The environments are rendered with such high detail that they could have you doing double takes to make sure you’re still playing a video game. The visuals are simply as immersive as they have ever been for the franchise.

Don’t spend too much time ogling at the graphics though, the campaign can be pretty unrelenting even on Regular difficulty. It only takes a few shots to kill you, and staying out of cover for too long is almost always a death sentence. But raising the challenge works to make the action feel a tad bit more realistic as you join your squad in methodically pushing up points and clearing areas.

Apart from the so-so story, the only other thing that I didn’t like from the campaign is its use of bullet-sponge armored enemies. I get that they’re there to give variety to the enemy types, but they take so long to kill that they tend to break your immersion. They’re quite over-the-top for the tone of the game and feel out of place in some missions.

Perhaps the most important part of the game is the competitive multiplayer. And this year’s outing – at least from the seven or so hours I’ve played so far – feels very much like a step-up from last year’s Vanguard.

The action is faster; the gunplay is tighter; and the time-to-kill is shorter. But this is still 100% a Call of Duty game, where twitchy reflexes tend to trump tactical play. This is most true for the standard suite of fast-paced, six-versus-six modes, such as Team Deathmatch and Domination.

The two new Core modes, Knockout and Prisoner Rescue, do add a bit of variety to the selection, though the pace of the action doesn’t vary much from its stablemates. Knockout has you and the opposing team scrambling for a package that spawns somewhere in the map. Prisoner Rescue, meanwhile, is a new take on capture the flag, with one team protecting the prisoners, while the other tries to extract them.

In case you want slightly slower alternatives to the fan favorites, Ground War is the way to go. These 32-versus-32 modes put you in larger maps, where you have more room to breathe and gather your bearings before engaging. Since playing the beta, I’ve been playing these modes more than the Core selection, which is mostly because, skill-wise, I can no longer hang with the standard player. Diehard fans probably won’t enjoy it as much due to the pace being different, and that’s fine. It also feels closer to Battlefield, with the inclusion of vehicles and different terrains, than Call of Duty. At least, the option is there for players like me who enjoy switching between different modes.

One improvement I noticed about Ground War this year is that the vehicles aren’t as overpowered as they were in 2019’s Modern Warfare. This is great as it helps maintain balance and facilitates more exchange of bullets between ground troops.

There are also new third-person modes, which, of course, give you a better view of your environment while mobile. The shift in perspective, however, does play a bit awkward for Call of Duty. I’d personally stick to the dedicated first-person modes, but it’s nice that they’re there in case you do end up enjoying them.

For a casual fan, the state of the multiplayer, as of writing, is probably enough to keep you occupied until the end of the year. But more discerning fans may want to wait a couple more months before booting the game up.

For one, there’s a laundry list of missing features, such as hardcore playlists, ranked modes, leaderboards, and stat-tracking, among others. Some of these are fairly basic features that ship with every Call of Duty game at launch, making their absence here hard to overlook.

Another issue I ran into is the skill-based matchmaking system is not very good at matching you with players of the same skill level. You can have one good game and the next you’ll be fed to the wolves. It ruins the whole experience for me since it never feels like I’m making any personal progress at getting better at the game. This was already an issue in previous installments, and from what I can tell, it persists here.

Then, there’s the big change with how the minimap works, which seems to have the whole community divided. Traditionally, when your enemies fire their weapon, their position shows up on the minimap. To avoid this, they’d have to equip their weapon with a silencer at the cost of dealing less damage. For Modern Warfare 2, however, your enemies don’t show up at all regardless if their weapons are silenced or not. You’ll have to deploy an Unmanned Aerial Vehicle (UAV), a killstreak perk, to see their position.

The developers said the rationale behind this change is to encourage more players to seek each other out across the map. While I don’t mind the change as much, I understand why longtime fans would be upset. This is a huge adjustment. Again, when life or death depends on split-second reflexes, there’s nothing more important than getting the jump on your enemies.

Gunsmith 2.0, the multiplayer’s customization system, can be quite convoluted at times. Then again, I’m not the type of player who spends hours and hours crafting the most optimal loadout. I tend to stick to a gun or two and tweak them ever so slightly every now and then. Still, I think the game could do a better job at explaining what changes each attachment brings. All it does is show you some stat changes and a list of vague positives and negatives. And so many terms are used that it’s easy to get overwhelmed.

Also, my game crashed multiple times during multiplayer matches. There have been reports that PC players are experiencing these same issues, so this is likely a problem with the game rather than the console. Hopefully, a patch is rolled out soon.

Spec Ops is more of the same

Spec Ops, which returns from 2019’s Modern Warfare, is more of the same, a co-op experience, where you and buddy drop into a large, sprawling map to complete a series of missions. Don’t get me wrong, the freedom the mode gives you in employing different strategies and play styles remains fun. It’s just that there’s not a lot of incentive to replay the missions once you’ve cleared them, unless you care about personal records or scores.

There are three playable missions at launch, which you could probably complete in a couple of hours.

All in all, I think Infinity Ward has laid the foundations for a solid Call of Duty game that can appeal to casual and hardcore fans alike. Is it the game that’ll right the course of the franchise? It definitely has the makings to do so, with an enjoyable campaign and a strong multiplayer experience. The only catch is that, in its current state, there are still a lot of issues that need ironing out and features that are missing. So perhaps it’s best to wait a month or so before checking it out.

After all, if the rumors are true about publisher Activision not launching a new Call of Duty next year, then you’ll have plenty of time with this one when it’s fixed and updated. – Rappler.com