‘Life is Strange: True Colors’ review: I got a feeling 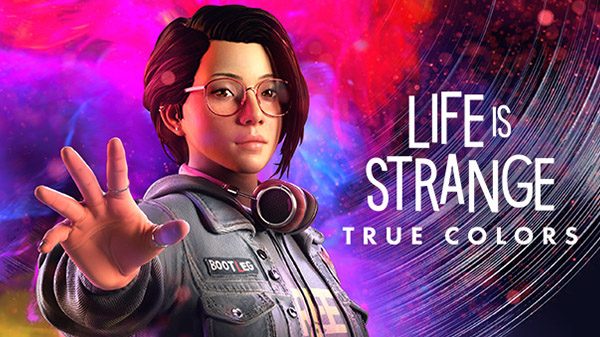 All images taken from the game

Life is Strange is no stranger to the narrative adventure genre. With its engaging personal story and slightly more interactive choices compared to the Telltale brand (The Walking Dead: The Telltale Definitive Series, The Wolf Among Us) it’s become quite a popular alternative that’s been widely received by many.

Life is Strange: True Colors follows the lead of both its predecessors by featuring a character with superpowers who, instead of being celebrated, is isolated by the world around them. Alex Chen, after years in a group home, reunites with her brother Gabe in the idyllic town of Haven where the latter has built a life for himself. Alex hides the power of empathy, enabling her to feel other people’s emotions that allow her to see in other people’s shoes and even have a limited capacity of heightening or suppressing other people’s emotions.

Developer Deck Nine took over Dontnod Entertainment for Life is Strange: True Colors and made a few adjustments that actually got me excited during its announcement – all episodes being released on Day 1 and that it would be some sort of semi-open world atmosphere that allows you to explore the town of Haven during your adventures. Both mechanics are a breath of fresh air for the subgenre, but is it enough to breathe new life into this latest release for the series?

Disclaimer: It is quite hard to review this game without spoiling it a bit so proceed with caution, especially in the last portion.

Dontnod’s Life is Strange and even their spiritual sequel Tell Me Why were great games with heart and story but suffered from extremely slow pacing. It got to a point where reaching the end of an episode was a relief, and is the main reason why I haven’t gone back to give them a look. Life is Strange: True Colors, under Deck Nine, alleviated this storytelling quirk and went towards a steady pace with seriously relatable characters.

Life is Strange: True Colors has some of the best characters in the series – charismatic, friendly, and likable. It doesn’t matter how you play her, Alex doesn’t come off as stand-offish, mousy, or annoying. She stands on her own and like Max before her, there’s a certain quiet resilience that she embodies.

Gabe, the second character we’re introduced to, contrasts Alex’s introverted nature and becomes the life of the party. Their sibling chemistry is powerful and there’s this euphoric sensation that you feel in their reunion, it’s as if you wish to be there to engage in their joy.

Your friends and love interests including Steph and Ryan are equally charming in their own right that you’d wish they were your friends. Plus almost every person in the town is approachable, you’d almost wonder what they’re hiding underneath their hospitable demeanor.

It really helps that the visuals are soothing to the eyes and the title still carries that easy meditative quality seen in the last Life is Strange games that really makes you want to be there. The overall graphical leap and improvement in facial animations really help push the feel of the game into something that’s worth the experience.

There’s also enough variety of indie rock in the background that it feels like one of those relaxing coming-of-age mumblecore films that take you back to a simpler time.

Once Gabe introduces you to the cast of characters around town, it’s almost as if Haven and every character give you the best first impression ever in a game. There’s this subtle emotional manipulation that happens and will make you think that Haven is home, and I welcomed it.

The pacing of the storytelling really carries through the next five chapters and it’s not only indicative of the first game but it almost reminds me of how Insomniac tells their stories. They have charming characters and a decent plot with really solid character developments that pull you in and won’t let you go until you’ve completed the game. It’s quite cathartic, introducing you to friends you wished you had and at least for the next 7-10 hours, they’re available to be such.

At first, I thought that Alex’s powers would be heavy-handed like Max’s powers to resolve certain puzzle items that push you forward. It’s a little more subtle than that, but it really adds to the general storytelling and gameplay device that plays out as a way to present the thematic core of the game.

While it is a bit of a cheat, the empathy powers to experience sorrow, anger, and fear allow us to get into the backstories and hidden secrets of many of the characters, which speeds up story beats and delivers plot twists to maintain the steady pace of story and gameplay.

One thing that I like is how the collectibles are a list of memories that are kept in certain items in-game. I feel they provide further backstory shown in each character, which, like Max’s powers, opens up dialogue options but also provides a dynamic way to explore lore without much of a lazy codex to read old notes to learn more about characters.

Another option about the powers happens when you deep dive into a character’s emotions, which opens up an investigative bubble seen in certain mystery games like The Medium and Sinking City where certain items in the room hold strong emotional anchors that allow you to piece together puzzles and mysteries linking to the character in question.

It’s great that when you’re playing on a PS5, the adaptive triggers really react to this, giving a layer of immersion to feel what Alex feels. Sadly, the regular rumble functions feel lazy as it’s a mere buzz to react to anything that touches your character. When so much effort was given to the adaptive triggers, the haptics could have used a bit more love.

The semi-open world exploration bits of Haven opens up to the player in Chapters 2 to 4 where you can explore the small town and change little things for some of the population. Similar to the previous Life is Strange title, there’s a lot more freedom here, allowing you to find out different dialogue options you can unlock when you start to involve yourself with characters. It’s the best part of the original Life is Strange that is explored a little bit more in Life is Strange: True Colors to give you more gameplay options as you progress through the story.

Crashes to a deep low (Spoilers ahead)

As you reach the later chapters of Life is Strange: True Colors, you’ll find that you’ve really grown to love the town, and just like Alex, you really could call it home. Some of the characters really form a bond towards you and some of them can become love interests or just really close friends. In a way, I’d say it’s like playing through Persona’s Social Links system, except this is for people on a tight schedule and don’t have 60 hours to dedicate to the game.

So it really disheartens me to say that once you hit the final chapter of the game, Life is Strange: True Colors suddenly reveals how thin its main plot is, and some of its parts start to unravel. There are implausible story ideas where I could totally forgive, but when a certain story beat is stacking coincidences to shoehorn a relevant detail as an endgame surprise, it leaves a gaping plot hole only for you to call BS. It felt so convenient and results in a cheap betrayal.

The point of contention really would depend on how much you could suspend your disbelief. If it was set up properly, it would have cemented the emotional connection I felt with the story. How it was executed, however, felt like lazy storytelling that ended up being a major contradiction.

It does explain some of their behavior, but how the plot unfolded, especially with Alex’s almost perfect empathy that detects almost every anomalous feeling and how it wasn’t called into question really didn’t make any sense. There were many simple ways it could’ve been fixed, but tragically, it seriously felt flat. Life is Strange: True Colors did not stick the landing at all.

Alex’s powers are really inconsistent. While you can make her behave in how you want her to, her powers evolve to conveniently fix plot holes. I would say her entire life in the town has only been a few weeks but somehow she was able to magically control her powers to the point of perfection almost instantaneously in the ensuing chapters when she didn’t even have any control over it at the start of the game.

Having that amazing control over her powers in a few weeks while dealing with a major traumatic event is certainly no small feat. It becomes unbelievable in many ways and even treads wish-fulfillment territory in how easy she’s juggling many of these emotional feats in a few days (or even a few hours) when only a few chapters ago, these same challenges would’ve easily disabled her. It turns into plot armor to write themselves out of plot holes, which sadly breaks the story balance or even creates bigger plot holes elsewhere.

This bad taste only carries over when you realize that this game is pretty short. I got through Life is Strange: True Colors in 7 hours, and at 10 hours, you’ll probably scour most of the game’s hidden secrets and “sub-quests”. There were a few really fantastic moments in the game I love to repeat with a different outcome, but it sucks that the messy storytelling toppled the whole game like a house of cards.

Verdict: Wait for it

(Editor’s note: The “Wait for it” rating means the game is not exactly a day-one purchase, and numerically corresponds to a 5 to 7/10 as per One More Game’s review format explanation)

I deeply loved Life is Strange: True Colors and at a certain point it was fast becoming my personal game of the year. Sadly, with inconsistent storytelling and a really messy final act, it feels that I’ve been emotionally manipulated to like the game until a breaking point. While one could argue that “it’s all about the journey”, a really messy resolution really ruins that journey it built up. Just ask anybody how they feel about Game of Thrones.

I really rooted for Life is Strange: True Colors throughout my time playing it. The characters are so lovable, the pacing is steady, and there were some fantastic set pieces that one day I may come back and repeat. However, it’s the seriously uneven storyline and the even more inconsistent powers of Alex that ruin it.

One thing I’m hoping for is that Deck Nine would take the elements of what made Life is Strange: True Colors great – the charming characters, the relatable personal story, the charming meditative setting, the semi-open world goodness – and then come up with a more organized story structure for the next game if there is any.

Despite how it ended for me, Life is Strange: True Colors is packed with potential and I can understand that some may feel the opposite of what I felt, which is totally fine! We all have personal views and I think it’s great that the game is able to elicit such conversations after the fact. – Rappler.com

Life is Strange: True Colors is now available for the PS4, PS5, Xbox One, Xbox Series, Switch, and PC.

Disclosure: Life is Strange: True Colors has been reviewed on a PS5 with a review code from the publisher.

Vincent Ternida moved to Vancouver, Canada in 2006 and called it home ever since. He spends the lockdown catching up with his Japanese RPGs, writing his new manuscripts, and figuring out why he suddenly became the main character of the latest Haruki Murakami novel.