‘Marvel’s Guardians of the Galaxy’ review: A flarkin’ good time 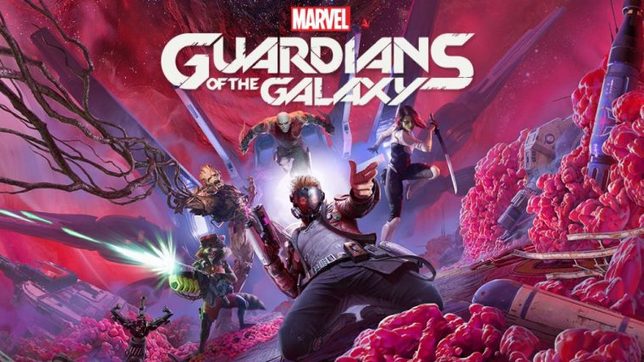 The game was reviewed on a PlayStation 4 and 5 with a review code provided by the publishers.

“Guardians of the Galaxy” was once a name not known by many, especially those who are not into the superhero comic scene. Of course, all this would change with James Gunn’s first entry in the highly successful Marvel Cinematic Universe (MCU) entitled… well, Guardians of the Galaxy – a superhero space action-adventure featuring a rather obscure ragtag bunch of do-gooders from Marvel’s vast library of heroes and villains.

After the box office success of the first film back in 2014 and its 2017 sequel, the Guardians are now a household name thanks to a memorable cast of characters that include a talking tree and raccoon (not a raccoon), thrilling space adventures, heartwarming moments of camaraderie, and a nostalgic soundtrack jam-packed with iconic hits.

Fast forward to 2021 and we have developer Eidos Montreal looking to capture the same magic that made the name famous on the big screen, all the while giving the game its own unique identity, distinct from its MCU counterpart. A very daunting task, but they’ve got this. Probably.

It’s just another cycle for the Galaxy’s so-called Guardians as they go about making the big bucks and boosting their reputation. As expected, things don’t exactly go as planned, resulting in the team making some very nasty enemies, meeting familiar faces, and ultimately facing a grave threat where the Guardians do exactly what their name implies – Guard (and save) the galaxy.

Guardians of the Galaxy features an original story that introduces personalities such as Lady Hellbender, Grand Unifier Raker, and even the Nova Corps. The plot is very likely something you have seen elsewhere in typical superhero movies, but that doesn’t dampen the experience because Guardians of the Galaxy shines from start to finish thanks to its very engaging and interesting storyline that was worth following until its conclusion.

Shying away from the trend of open-world adventures, Guardians of the Galaxy takes on a linear approach similar to the likes of Uncharted or The Last of Us. There is limited exploration and light platforming along the way that will lead to valuable resources needed for upgrades, but the game stays linear for the most part.

Guardians of the Galaxy has a way to keep you interested in the story that will make you want to press on. The pacing of the story is on point, introducing new locales and characters every so often without overstaying its welcome. With generous twists and turns, the game doubles down on the storytelling, allowing you to join in on the decision-making to drive events forward.

The comparisons don’t stop here, as Guardians of the Galaxy will also certainly remind you of Mass Effect in more ways than one. From the ship-turned-headquarters named the Milano (a la Mass Effect‘s Normandy) to the various conversations with your squadmates filled with choices that may have a concrete effect on the overall flow of the story, the game is all the better for it, making the player feel that they are a part of the team.

Taking it further, story-altering choices aren’t limited to just chat wheels. During gameplay itself, things you do and paths you take can result in different outcomes. You may not even realize that you’ve encountered one of these branches because of how natural they’re incorporated into gameplay. In the context of the game, these variations add amazing replay value to an already engaging story that may take around 15 to 20 hours or so to complete the first time.

Somewhere in the multiverse

These guys may not be the same Guardians of the Galaxy you know and love from the MCU, but they definitely borrow some similarities and mannerisms from their more popular movie counterparts. They don’t exactly live up to the almost impossible bar set by Chris Pratt, Zoe Saldana, and the rest of the cast, but they are almost as charming and entertaining.

Star-Lord, Gamora, Drax, Rocket, and Groot are still the same group of misfits, each with very contrasting personalities that often cause friction among the group. Each Guardian keeps it interesting with the enormous amount of voice lines and banter going on in and out of battles, making them easily one of the most talkative groups you may ever play as in a videogame.

All of this is anchored by the amazing effort the voice actors put into giving each of the Guardians their distinct personalities. Now while some of the voice lines, especially coming from Star-Lord, falls flat and tend to be overly cheesy at times the script is still very well-written, full of witty banter and one-liners that make each one relatable and likable.

A lot of these lines are contextual too, whether it be Rocket or Gamora complaining about why you’re suddenly wandering around exploring side paths in the map, or Drax pulling out some stupidly funny retort, the amount of dialogue in the game is easily some of the funniest out the games released this year. In fact, Drax is such a standout character in the game performed by Jason Cavalier (also Drax from other Marvel titles) that he is easily comparable to Dave Bautista from the MCU.

Guardians of the Galaxy is also brought to life by an amazing selection of licensed tracks that play out during certain sequences in the game and even during some battles after a huddle. You’ll rock out to tunes like “Hit Me With Your Best Shot” by Pat Benatar or even A-ha’s “Take on Me,” and the mix of 80’s pop, new wave, and rock tracks bring magic to the game that it’s hard to imagine the Guardians of the Galaxy without it.

The game takes inspiration from its MCU counterpart but never really goes into fully copying them, injecting enough original flavor such as bringing the “Star-Lord” band to life, making it a familiar yet brand-new experience with a rocking backdrop.

Numerous Easter eggs and references can also be found that should delight those familiar with Marvel lore. In case this is your first encounter with the gang, fret not as there’s enough material to help bring you up to speed in this new universe.

The cherry on top of Guardians of the Galaxy is its highly enjoyable combat, which takes time to actually hit its full stride. Teamwork is the name of the game and it’s what’s going to keep you alive through the campaign, both in and out of combat.

In battle, you’ll only be controlling Star-Lord while issuing commands to the other four guardians, who will be doing their own fighting but become weapons of destruction when you control them properly. All Guardians will have up to four abilities to acquire for the whole game thanks to Ability Points that you earn after a number of fights, but the fight gets interesting when you try to figure out certain combos that can be done depending on the sequence abilities that you order the team to do.

Apart from the abilities that you can upgrade in Guardians of the Galaxy, you’ll also have Perks that can be crafted by gathering materials along the way, like a Perk that temporarily slows down time when you dodge attacks at the last minute or even as simple as a perk that increases your health and shield for added survivability.

As the leader of the Guardians, your teammates will depend on you for a lot of things, including a standout feature in the game called the Huddle, where your choice can inspire (buff up the entire team), or demotivate (buff up only Star-Lord). Think of it as Star-Lord “activating” his walkman in battle, where the consolation is you get a licensed track to play while kicking some major alien butt to the tune of Rick Astley’s “Never Gonna Give You Up.” It works in practice and in concept, reflecting the Guardians of the Galaxy’s fun-loving personality perfectly.

Teamwork is also required to accomplish tasks outside of battle, where each Guardian has a unique ability that can advance the game. Gamora can cut away obstacles blocking your path as well as give Star-Lord a much-needed boost to hard-to-reach places, Groot can help bridge gaps thanks to his vines, Rocket can go in smaller places and hack panels, and Drax is able to move heavy objects and break down walls.

Out of combat sequences involve light platforming and puzzle-solving, nothing too complicated but just enough to provide players with some variety while exploring.

To break the monotony, Guardians of the Galaxy sprinkles in some surprising elements in the game like controlling the Milano in space combat and even little mini-games depending on the choices you’ve made in the game, with one being a charming sing-along sequence that was a joy to experience. Such moments were very amusing that it’s a shame there’s not enough of them to go around.

Speaking of disappointments, while Guardians of the Galaxy plays near perfectly on current-gen consoles especially on the performance mode which allows for silky smooth 60fps, the build we played on suffered from a few known bugs that the devs have promised to fix before its release. Most of it was solved by reloading the last saved checkpoint, but hopefully the patch eliminates the need to do so.

In particular, there was very little haptic feedback on the PS5 version (another known issue that will be fixed) so we cannot fully comment on DualSense capabilities, but we can say that the loading times for the PS5 version of the game are almost non-existent.

The same cannot be said for the PS4 version of Guardians of the Galaxy, which exhibited noticeable screen tearing in and out of cutscenes. Loading times are also very lengthy on the PS4, taking almost a minute to start your save or restart the game.

Marvel’s Guardians of the Galaxy is a single-player experience that’s well worth the price of admission. With fun and fair gameplay accentuated by such a well-written script and great performances by the cast, the game is a fantastic experience from start to finish.

Admittedly, we were quite skeptical when the game was first revealed, but playing through it perfectly captures the essence of the team, even as they struggled to overcome the odds and come together bonded by a touching sense of trust and friendship. We’re always happy to be proven wrong and in this case, we’re glad that the Guardians of the Galaxy made us believers.

The game is looking to be a sleeper hit that may be overlooked by many due to its less than stellar reveal, but it brings a great experience that may even lead to some conversations of it being a possible GOTY nominee from out of Knowhere (heh). That said, to answer the lingering question, this Guardians of the Galaxy game exceeds the Marvel’s Avengers experience in many ways.

Eidos Montreal has managed to take the appeal of the MCU’s Guardians and crafted an alternate universe that is just as interesting, and easily worth expanding on for future installments. For their latest adventure, this dysfunctional team of superheroes definitely makes a splash and we’re all in for more good times with Marvel’s galactic band of misfits. So have the Guardians of the Galaxy got this? You bet they do and we love them for it. – Rappler.com

(Editor’s Note: An earlier version of this story said Drax was played by Brandon Paul Eells. The correct actor is Jason Cavalier. We apologize for the error.)