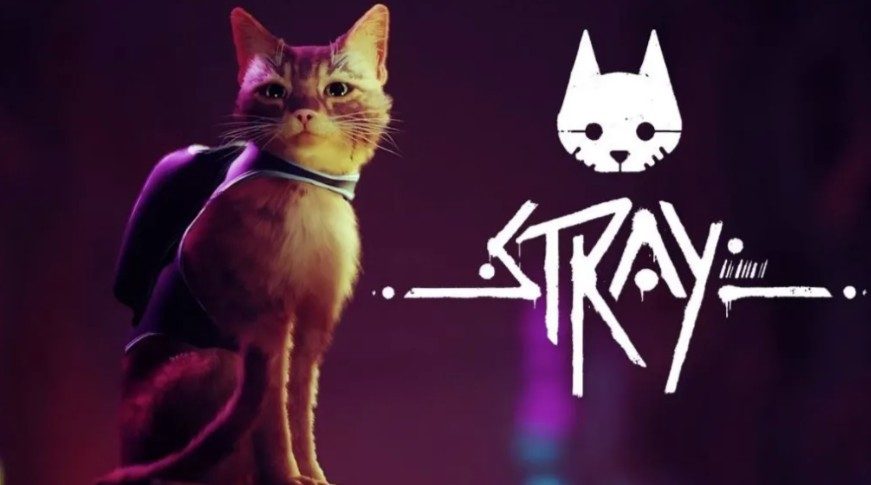 This review originally appeared on OneMoreGame.ph

Stray is the newest narrative adventure from B12 Collective and Annapurna Interactive, the publisher known for more prestige game titles that stray (heh) away from the mainstream gaming paradigm and takes on a more independent spirit. Stray places a focus on exploration and the deeper meaning of what it means to be a cat in cyberpunk world devoid of humans.

A cat game isn’t something you would immediately think highly of, but numbers don’t lie as streaming on Twitch and StreamDB shows how massive it has been. Calling it an indie darling is no exaggeration, and it’s been the talk of the town since it was first release.

It’s not exactly rocket science, it is a game about a cat in a cyberpunk world, what’s not to like?

In this review, we’ll take a dive into the world of Stray to see if it lives up to the hype. Will this cat simulator be the cat simulator of your dreams? Is it another win for Annapurna Interactive?

Cat’s out of the (cyberpunk) bag

Stray didn’t win me over in the first hour of initial play. The novelty of playing as a cat wore out quickly due to the simplistic movements held back by button prompts, limiting your actions to curated activities. It doesn’t allow complete freedom as a cat, which is something you would expect from a cat game. While they do serve a gameplay function later, I would’ve greatly enjoyed it if I was allowed experimentation and exploration as a cat because, well, cat.

Within five minutes, you’re separated from your clowder and into the empty world inside the city, which didn’t exactly grab me visually at first because the Bladerunner cyberpunk aesthetic was a bit too overused at this point. While there’s an interesting design choice with how the robot companions appear to be, the style felt like it served a creative purpose rather than a functional connection with the story.

With its uninspired aesthetic and simplistic cat movements that gave it a generic linear corridor impression, Stray became too easy for me to start nitpicking every aspect of the game. I was overthinking it at this point, and I felt that the puzzles were more in tune with the player’s intellect rather than the cat in question.

Was this a cat simulator? Why would I activate the B12 drone and not just lounge in the apartment or find another path to escape? Sure, it works to move the story forward, but it really did not make any cat sense, if you get what I mean.

Despite losing me in the first hour, Stray really begins once you activate B12. You finally receive the UI familiar to most games, and finally the interaction with the cyberpunk world through B12’s eyes is actually a lot more interesting.

Stray, for me, finds its stride as the third chapter starts. I started to enjoy the interaction between the cat and the Companions. As a society, I find their dynamic interesting and their individual stories are actually intriguing. As self-aware AIs, they served the previous humans that populated the walled city, and B12 as a translator really brings this world to life.

While there are no UI prompts for the fetch quests that occur, save for B12 reminding you about the next task in question, it’s a real neat extra to do favors for the Companions. It completely personifies them and after a while, I’ve forgotten about the absent human race. You come across another couple of Companion settlements like this throughout your journey, and for me they really are the heart of Stray.

As for the journey in itself, I’ve gotten past my initial discomfort with Stray and just focused on the main campaign. The Companions you encounter and the situations you find yourself in feel organic, and that’s really where the magic of the game comes across. I like the juxtapositions the Companions have with emulating human behavior, not just the good, but also the morally ambiguous ones.

In terms of exploration and combat, you do encounter a few hostiles in your travels. Initially, the only threat are the Zurks – the blob-like creatures that overwhelm you and through the lore, are able to consume metal. There are ways around them but if you die, the checkpoints are convenient to where you start from. The Sentinels, hostile drones that you encounter in later areas, introduce stealth gameplay into the mix.

I feel that the dichotomy between B12 and the cat really bring Stray to life. The cat by itself feels too simplistic, but the interactions that B12 allows the cat to do adds the cat’s mobility and physicality with the tools required for exploration. I’d even go further and say that B12 may be the game’s true protagonist and the cat serves as the silent protagonist that simply serves as the eyes of the audience.

Stray‘s main campaign lasts between 4-5 hours depending on how quickly you can solve the puzzles and get through some of the combat scenarios. Personally, the journey itself was just the right amount of time to tell the story the creators wanted to tell and then some. The chapter select allows you to go back and collect the memories of B12 that you missed or even complete exploring the Companion settlements.

While I didn’t have a good impression of Stray in its first hour, the succeeding adventure won me back with its interesting story and lore. If they did away with the button prompts and the curated cat activities, the exploration and experimentation by the player could really stand out, allowing for a more organic experience.

Stray really comes alive once B12 has been introduced and then the world fully comes into view. B12 and the cat’s dynamic completed the game and really opens up the world, introducing the culture and society of the Companions. In a world that’s devoid of humanity, these AIs really capture what it is like being human, warts and all.

For a game that’s about the end of humanity, it is actually quite hopeful and bittersweet. This year alone, most of the games I’ve reviewed dealt with a post-apocalyptic scenario with varying levels of bleakness. Stray stands out from the clowder, so don’t let its limitations lead you astray. – Rappler.com

Stray is now available for the PS5, PS4, PC, and is a Day 1 launch for on PS Plus Extra and Deluxe Premium Subscribers.