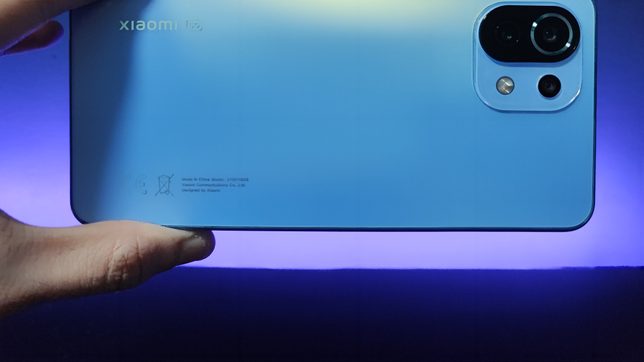 Xiaomi in August became the world’s top smartphone brand, posting good growth numbers and outselling the likes of Samsung and Apple during the quarter. And the Chinese electronics giant doesn’t appear to be holding anything back to maintain its market position by the end of 2021, launching on Friday, October 23, a new trio of smartphones in the Philippines: the 11T, 11T Pro, and the 11 Lite 5G NE. We got some hands-on time with all three. Here are our thoughts.

All of the new releases build on the brand’s flagship Mi 11 series, with a few key spec differences that sort of refresh the experience. The 11T duo offers sub-flagship performance and blazingly fast charging speeds, while the 11 Lite 5G NE delivers a decent display and an attractive design. The 11T and 11T Pro start at P21,990 and P27,990 respectively, whereas the 11 Lite 5G NE starts at P16,990.

When you look at the 11T and 11T Pro side-by-side, you won’t notice anything different between the two. They are virtually identical, from the size of the display to the placement of the buttons to the camera bump on the back. And the overall design works, though it feels a little too familiar. You get a flat AMOLED panel, curved edges with slim bezels, and a glossy back. There’s again nothing new here, but it’s not a bad design.

The only drawback, for me, is that it’s quite chunky. It’s not unwieldy or anything, but there’s some heft to it. Then again, I don’t think there could have been any other way for Xiaomi to fit the large battery without adding some extra weight.

The Lite 5G NE, in contrast, is sleeker and more compact. To be fair, the specs here don’t match the 11T series so there’s less hardware to pack.

But you can tell that there was a concerted effort in making the phone look and feel good. And I think it succeeds in doing that. I love how lightweight and ergonomic the form factor is. The back also has a matte finish, where fingerprints and smudges are much less visible – another win.

Also, all three phones don’t have headphone jacks, but at least the stereo speakers are good.

I previously mentioned the battery of the 11T series, and, boy, is the battery impressive – well, it’s more of the fast charging actually. The two phones come with 5,000mAh batteries, which can last about an entire day of heavy use. It’s about par for the course for the battery capacity.

The wired charging is where the two phones truly shine. The 11T features the brand’s proprietary charging solution at 67W, capable of fully charging the phone from empty in 36 minutes. The 11T Pro, on the other hand, is almost twice as fast at 120W, being able to charge from empty to 72% in just 10 minutes. And going by my own tests, Xiaomi’s numbers are pretty accurate. The 11T Pro, in particular, charges exceptionally fast. It can juice up about 5-6% of the battery in a single minute – that’s crazy.

In case you’re worried about overheating or the battery possibly exploding, Xiaomi says the 11T Pro went through a certification process and has a number of safety features installed. With regards to how long the battery will last, the brand says it can be charged up to 800 cycles, which, if true, is not so bad. However, having only used the phone for about a week and a half, I can’t confirm whether this is true. What I can say is that the temperature of the phone remained relatively stable while charging, and there were never any signs that it would overheat. The charging brick is fairly big though.

The Lite 5G NE, when compared to its stablemates, obviously feels a little inferior in this department, with it housing a 4,250mAh pack that supports 33W fast charging. But battery life, from my own experience, is not too shabby, lasting an entire day on moderate to heavy usage. It probably helps that the refresh rate of the display caps at 90Hz instead of the 120Hz on the 11T series.

This brings us to display – another feature that I think works well across all three phones. The 11T series and the Lite 5G NE all sport FHD+ AMOLED panels, which I love. You get a bright and vibrant screen with a wide color gamut and deep black levels. And the Lite 5G NE’s display is almost just as good as that of the 11T series. I put them side-by-side and the differences were barely noticeable. To untrained eyes, there probably won’t be any differences at all.

What’s more noticeable is the difference in maximum refresh rate. The 11T phones go up to 120Hz while the Lite 5G NE only goes up to 90Hz. I don’t think it’s a huge deal since this just boils down to how fluid the screen looks and feels in motion. And if you’re more budget-conscious, I feel that you can still enjoy the smoothness of high refresh rates with the 90Hz of the Lite 5G NE.

For cameras, the two 11T phones have all the bells and whistles of a modern mid-range release, sporting a triple rear camera setup that combines a 108MP, f/1.75 aperture primary lens, an 8MP, f/2.2 aperture wide-angle lens, and a 5MP, f/2.4 telemacro lens. And the cameras are great. Photos come out looking sharp with plenty of detail to go around. They also have very good color reproduction. Image quality, in general, is good even in low-light environments.

The lower resolution wide-angle lens is pretty good too, but expect to lose a bit of the sharpness of the detail that you get from the main camera. The telemacro lens is not too shabby either. However, I would have preferred a dedicated zoom lens instead to make the whole camera setup more flexible. I also wish that an image stabilizer was included to help those with shaky hands get usable photos.

The main difference between the 11T and 11T Pro here is the latter has 8K video recording while the former doesn’t. It works well enough to warrant a mention, but it’s hard to notice the benefits of the increased resolution unless viewed on an 8K supported screen. 8K might prove useful when you’re planning to crop parts of your footage without losing image quality. Otherwise, I’d suggest sticking to the 4K to save storage space and make your recordings easier to transfer.

Both phones also have a 16MP, f/2.45 aperture front-facing lens for selfies. And it’s, for the most part, serviceable.

Meanwhile, the Lite 5G NE similarly has an 8MP ultra-wide and 5MP telemacro lens but replaces the 108MP for a 64MP, f/1.79 aperture lens. The overall camera performance is actually quite good, though I’ve seen better in this price range. You can still get some sharp and detailed photos, but I wouldn’t say that the cameras are a highlight when you consider the entire package.

When it comes to performance, not a lot of brands can hold a candle to how Xiaomi. This remains true for these three new phones, more so for the 11T series.

The 11T Pro’s Snapdragon 888 is a powerhouse that can run just about any task you put it through. The 11T’s Dimensity 12000 Ultra is close to equaling the capabilities of the 888 if you don’t consider benchmark numbers. The Lite 5G NE, meanwhile, is not as powerful or as fast as the two, but its Snapdragon 778G is relatively capable for the price.

I was able to run games and multitask smoothly on all three phones, which is great. No complaints with regards to performance.

The MIUI software, in my opinion, at times feels like an acquired taste. I like how it now lets you disable pre-installed apps that you don’t plan to use like Mi Music, for example. But it seems as though it still needs a bit of fixing, with some apps not showing notification badges even when enabled in the settings tab. I also think the interface itself is not as attractive and user-friendly as stock Android.

All in all, if I were to pick a favorite among the three, it’d be the 11T, which I think hits the sweet spot in the value-for-money proposition. Sure, 120W fast charging is impressive, but the 11T Pro has too many similarities to the 11T to make it feel worth the extra few thousand.

At P27,990, it’s P6,000 more expensive than the 11T, which gets you a slightly faster chipset, 8K video recording, and faster charging. If you think these features are all worth it, then get the Pro. But, for me, if you really want to get your money’s worth, go with the 11T. If you’re in the market for a sub-P20,000 phone, you can put the 11 Lite 5G NE against the realme GT Master Edition and see which you prefer more. The latter has a unique design and a higher refresh rate screen but it’s more expensive at P18,990.