MANILA, Philippines – Flights have been cancelled, roads have been re-routed, and, unexpectedly, hearts have been stolen by two of the high-profile guests to this year’s Asia-Pacific Economic Cooperation summit. 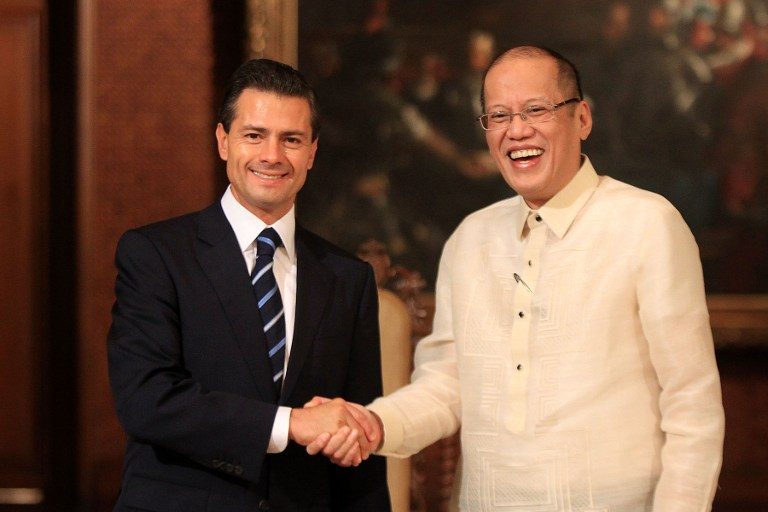 The two, newly-elected Canadian Prime Minister Justin Trudeau and Mexican President Enrique Peña Nieto, became the center of social media attention when they arrived in the country on Tuesday, November 17, 2015.

#APEChottie is trending. Was this something you expected would happen? Who caught your eye? #APEC2015

While some may be a little concerned over the sudden shift in focus from economic policy to sudden flights of fancy, social media assures us it’s nothing but a harmless crush.

On #APECHottie: Is the reaction harmless, or should we be concerned?

Get to know the #APECHotties Justin Trudeau is the eldest son of Pierre Trudeau, Canada’s 15th Prime Minister. His administration has gotten praise for his gender-equal cabinet and recent push to legalize marijuana.

He is happily married to television host Sophie Grégoire. They have three children. His visit to the Philippines also comes with its share of controversy, in light of a garbage dispute involving protests against the presence of container vans of garbage illegally smuggled into the country. (READ: Canada’s Trudeau arrives in Manila for APEC Summit)

The other #APECHottie is Mexico’s Enrique Peña Nieto, who was elected into office in 2012. However, unlike Justin Trudeau whose memes have been shared with seeming rockstar speed, Peña Nieto isn’t as popular in his home country. (READ: VLOG: Mexico’s Peña-Nieto visits PH for state visit, APEC) His administration is mired in controversy over the alleged kidnapping of 43 students by a syndicate last year, as well as accusations of a conflict of interest over his wife’s purchase of a multi-million dollar mansion from a government contractor. Peña Nieto is married to telenovela star and singer Angelica Rivera. He has three children with his deceased wife Mónica Pretelini while his current wife has three daughters from a previous marriage.

The two world leaders met earlier this week on the margins of the G20 summit in Turkey. Peña Nieto is scheduled to speak on Wednesday, November 18, 2016 at the APEC CEO Summit.

Here’s a look at these two world leaders 19 years ago back when the Philippines first hosted the APEC summit: READ: APEC Look back: Where were 2015 APEC world leaders in 1996? – Rappler.com