#EveryWoman: No to slut-shaming in Philippine Congress MANILA, Philippines – “I would like to testify in the HOR. It was me in the sex video. #EveryWoman”

This line and variations of it took over social networking sites Facebook and Twitter around noon of Friday, September 30.

The social media movement against slut-shaming and violence against women in politics, initiated by various women activists such as Dr Sylvia Estrada Claudio, is a response to the plan of some lawmakers and administration allies to show the alleged sex video of Senator Leila de Lima at a congressional probe (READ: Alvarez: OK to show De Lima’s alleged sex tape in House probe).

“I was very upset by this move by some congressmen, including the House Speaker to use the sex video,” Claudio said in a phone interview with Rappler.

Speaker Pantaleon Alvarez earlier said that he has no problem with showing the alleged sex video of De Lima at the next House probe into the proliferation of drugs at the New Bilibid Prison.

“I see that is really a form of violence against women, especially since there is a double standard,” Claudio added.

#EveryWoman is “self-incrimation for solidarity,” said Claudio. “Every woman should be concerned when something like that is used to shame women,” she added.

The hashtag ranked 3rd in Philippine Twitter trending topics just a couple of hours after it was launched. 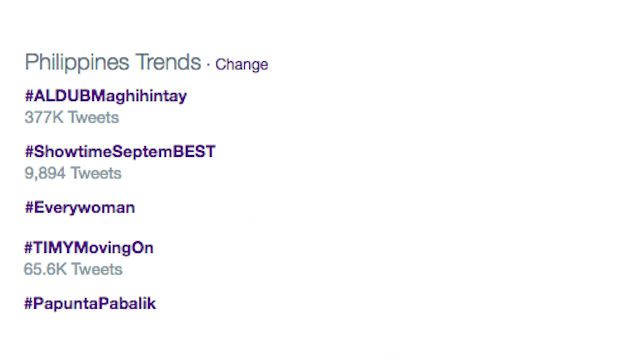 Here are some of the posts from Facebook users:

On Twitter, the hashtag garnered over 6.5 million impressions between 11:15 am and 2 pm. Impressions refer to the estimated number of times the hashtag was seen by users on their feeds.

Based on Reach, Rappler’s social media listening tool, 3,013 tweets from over 600 Twitter users were recorded during the said timeframe.

Some male netizens showed their solidarity and released a counterpart hashtag: #EveryMan:

I am going to testify in Congress that I am he in that sex video. #EveryWoman #EveryMan

Thanks, we need men, real men to stand up for women, too. #EveryWoman #EveryMan https://t.co/rn0bVGOb67

#everyman should stand with #everywomen against hateful, hurtful misogyny in any form.

According to Claudio, some LGBT and HIV activists are already supporting the campaign. She also said that some ideas came up after launching the movement. This included staging a picket or demonstration in Congress in line with the slogan.

What do you think about this social media campaign? Share your thoughts on X! – Rappler.com