WATCH: What is fake news? 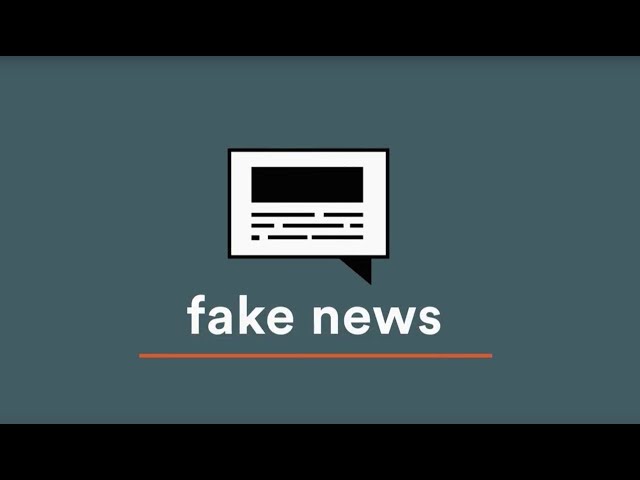 (WATCH: Truth, trust, and democracy in the age of selfies, trolls, and bots )

MANILA, Philippines – MANILA, Philippines – In 1835, New York Sun published a series of articles claiming that a famous astronomer discovered life and civilization on the moon’s surface: large man-bats, a goat of “bluish lead color,” and an abandoned temple made of sapphire.

Naturally, the story about the astronomical breakthrough quickly gained popular interest and the Sun’s circulation rose from 8,000 to 19,360 copies within a few days.

But there is a problem: the story was fake.

While the spreading of lies and propaganda dates back as early as ancient times, the term “fake news” is only about 125 years old.

But fast forward to 2017, it seemed to have acquired certain legitimacy that it was named word of the year by Collins Dictionary.

What exactly is fake news?

With the global rise of social media, spreading disinformation online has also become so much easier.

A University of Oxford study on the 2016 US elections showed that news from professional organizations and what they call “junk news” were shared in a one-to-one ratio on social media.

This means that content with unverified information or even non-facts is as widely shared as real news.

While the term ‘“fake news‘ ” itself is easy to understand, experts argued that it may be too simple to accurately describe the complex definitions of misinformation and disinformation.

In fact, UNESCO Director for Freedom of Expression and Media Development Guy Berger said that the first step to fighting fake news, is to avoid using the term.

According to Berger, ‘“fake news‘ ” undermine real news which is reported in a narrative structure with context, authentication, and veracity.

Wardle explained that the current information ecosystem breaks down into three elements::

According to Wardle, there are 7 types of mis and disinformation: 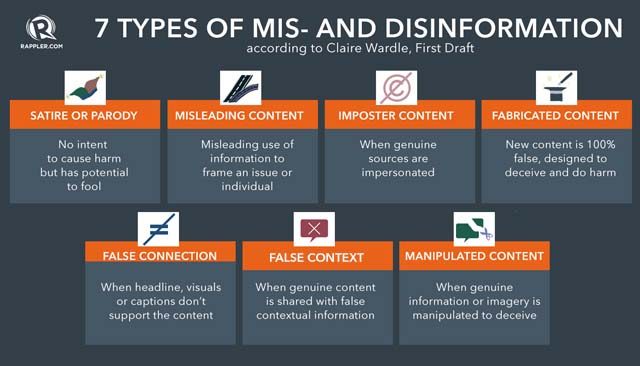 Meanwhile, there are various motivations behind the creation of these content: Poor journalism, parody, passion, provocation, partisanship, profit, political influence, or propaganda.

These are then disseminated in various ways: Unwittingly shared on social media by users who do not verify, amplified by journalists who “are now under more pressure than ever to try and make sense and accurately report information emerging on the social web in real time,” pushed out by loosely connected groups attempting to influence public opinion and disseminated as part of sophisticated disinformation campaigns using bots and paid trolls. – Rappler.com