2017: A year’s worth of the administration’s online faux pas 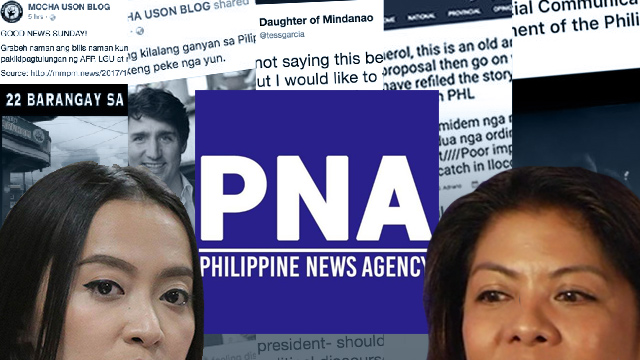 MANILA, Philippines — It’s been a steep learning curve online for the Duterte administration.

The social media personalities associated with it have strong online followings, owing to their candor and personal touch on social media. However, with great following comes great responsibility, and their missteps on social media spread quickly as their likes grew.

Government agencies also had their fair share of viral slip-ups, from an accidental livestream to the publishing of article drafts.

We take a look back at some of this year’s online blunders by government officials and agencies.

1. A mere few weeks into her term as Assistant Secretary at the Presidential Communications Operations Office, Mocha Uson shared a post to ask for prayers for the Philippine army. It turns out that the photos were that of the Honduran police. Uson defended her post, hitting back at critics saying they should use their common sense: “Common sense na it is a symbolism,“ 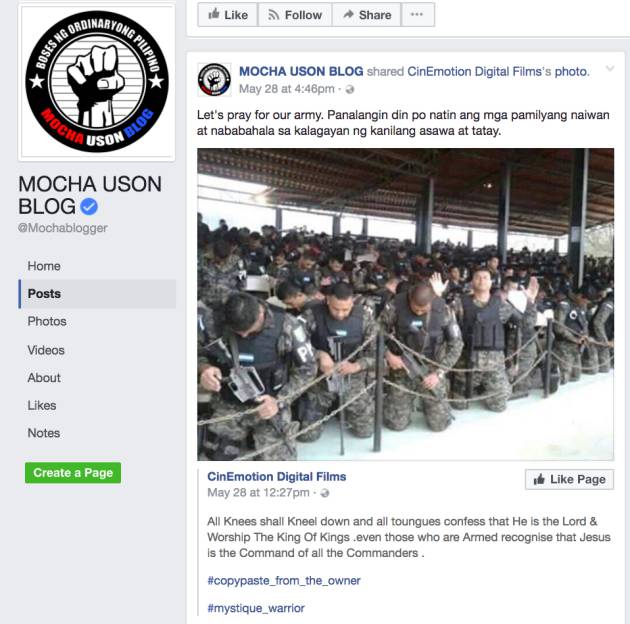 2. The Philippine News Agency (PNA) was not spared from using the wrong photos either as the site used a photo taken in Vietnam to accompany a story about the Marawi siege. Unlike Uson, the PNA acknowledged and apologized for its mistake. 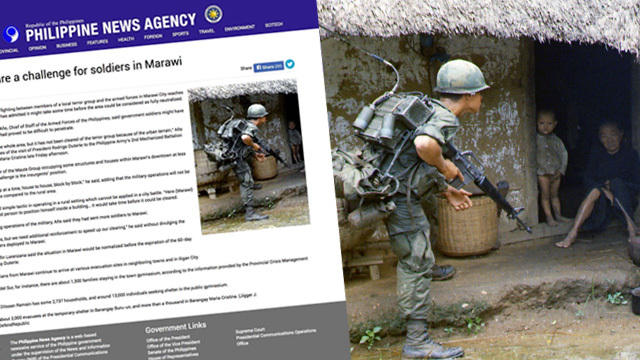 3. #FireMocha trended in August, after netizens pointed out a misleading tweet by the Assistant Secretary for social media. In her tweet, Uson called out Vice President Robredo and senators Bam Aquino, Sonny Trillanes, and Risa Hontiveros to visit the wake of a cop, as they did Kian delos Santos. However, the story that she linked to was published a year ago on the Inquirer.

4. In October, Uson shared another photo from Marawi. This time, she got the location right but the timeline was off. In the post, Uson praised the speedy response of the government with a photo of clean streets in Marawi. However, the photo was taken by Rappler correspondent Bobby Lagsa on the 3rd day of the Marawi siege and not after Marawi was declared “liberated”. 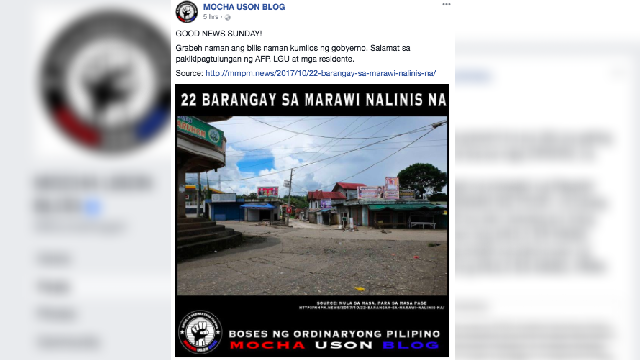 (I want to clarify that the photo I used was from Mula sa Masa, Para sa Masa Page, which is one of the official accounts of PCOO. We have no intention of misleading the peope like what Rappler said because this is from an official publication of PCOO. As Assistant Secretary for Social Media of PCOO, I merely shared the post on Social Media.)

A reverse Google image search could have prevented the blunder.

5. Double-checking could have saved Uson from yet another misleading case after she shared a post misquoting Canadian Prime Minister Justin Trudeau regarding the trash issue. 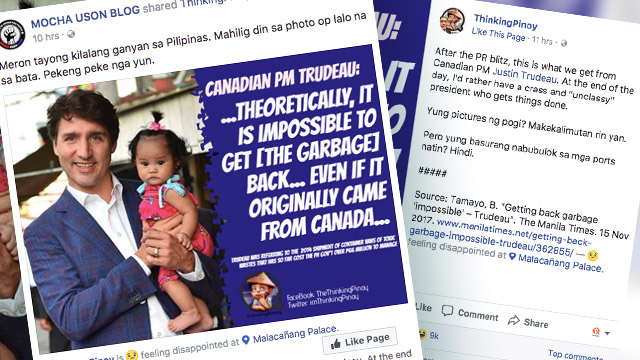 The post cited a Manila Times article as the source but videos and other articles about the press briefing and the issue showed otherwise. The correct quote was supposed to be: “Those regulations and those impediments have now been addressed, so it is now theoretically possible to get it back.”

6. Another controversial personality in the Duterte administration is former Assistant Secretary of the Department of Social Welfare and Development Lorraine Badoy. In October, netizens called out Badoy for her “low blow” remarks after she posted bikini photos of blogger Jover Laurio. In the post Badoy mocked Laurio’s appearance, saying her “ugliness is extraordinary…The dirt in her pusod (navel) is extraordinary. And so is the libag (dirt) in her kili kili (armpit).” 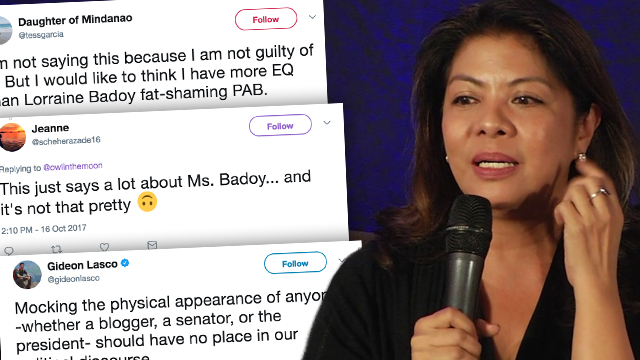 8. In June of this year, followers of the Presidential Communications Facebook page were accidentally treated to a free screening of the movie Logan, as the page went live. The Presidential Broadcast Staff-Radio Television Malacañang (RTVM) apologized for the incident, saying the error was by a technician testing the equipment. 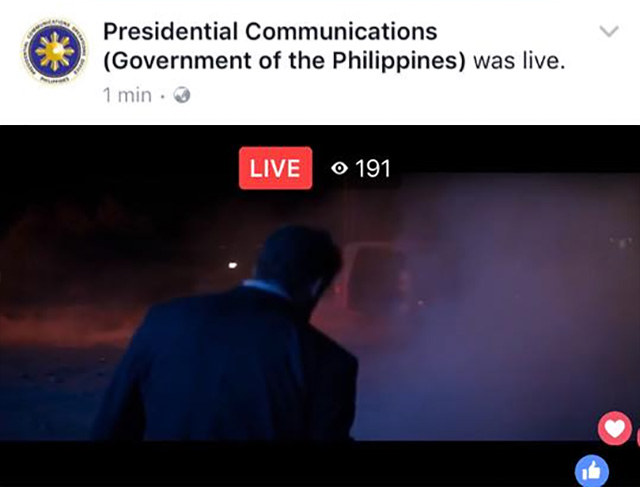 9. The Department of Tourism’s (DOT) “Sights” ad did not go viral for the right reasons. The agency was accused of copying the concept behind a South African tourism ad, with netizens pointing out the similarities in the theme and revelation at the end. At first the DOT stood by the ad, but it later terminated its partnership with McCann, asking for a public apology from the ad agency. 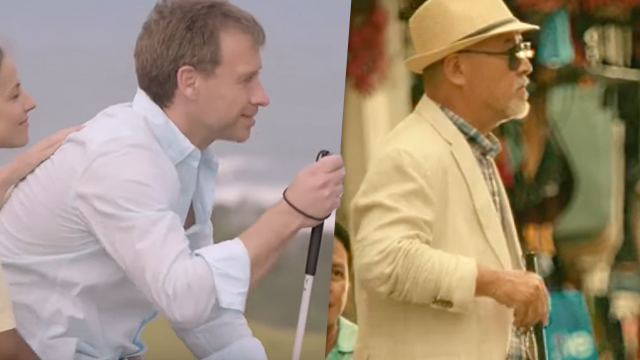 10. The Philippine News Agency had a tough year as they tackled several gaffes on their site. In August, an uploader used the wrong logo for a story about the Department of Labor and Employment. The logo used belonged to Dole, a pineapple company. “The incident really is an embarrassment,” said PCOO Secretary Andanar. (READ: Andanar on DOLE booboo: Uploader googled wrong logo) 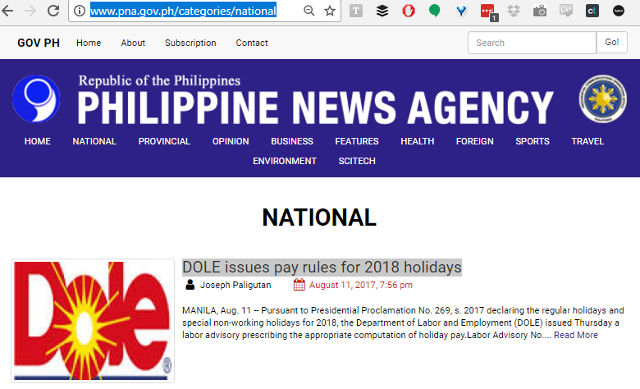 11. Instructions that editors left for “Lei”, “Primo”, and “Betsy” went public after a glitch on the Philippine News Agency site published their notes and instructions. In an interview following the incident, Presidential Communications Secretary Martin Andanar said the agency was hit by a cyber attack on the same day. He later clarified that the attack was a separate incident from the erroneous headlines. 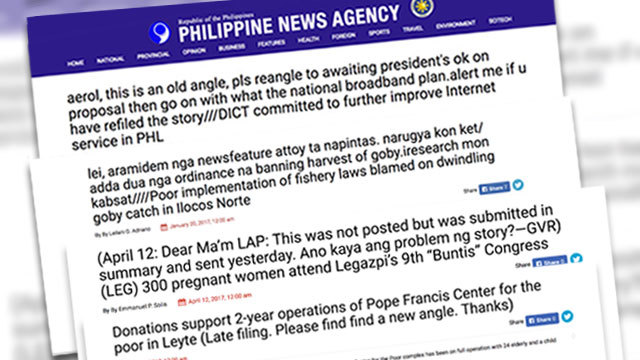 From glitches, human error, to just plain poor social media etiquette, this year has been a rough ride for the government’s social media landscape. As taxpayers whose money goes to these agencies and officials, here’s hoping we see an improvement in the following year and not just more of the same. – Rappler.com