Rappler Talk: Who are the architects of disinformation in PH? 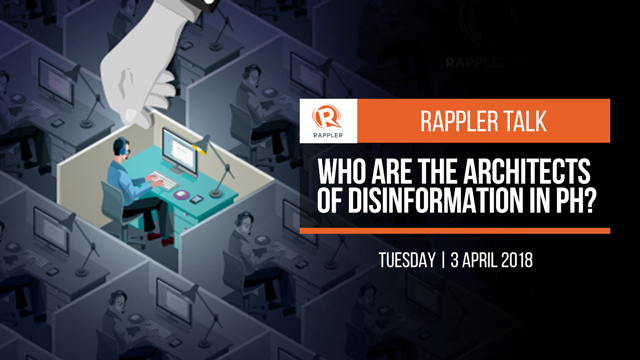 MANILA, Philippines – Rappler talks to Jason Cabañes, co-author of the report “Architects of Networked Disinformation: Behind the Scenes of Troll Accounts and Fake News Production in the Philippines.”

In a 12-month project by researchers at the University of Massachusetts, University of Leeds, and De La Salle University, Cabañes and co-author Jonathan Ong conducted in-depth interviews and online observation with operators of fake Facebook and Twitter accounts, and the strategists who provide them with detailed scripts and schedules to follow.

The report details the hierarchy involved in the vicious yet lucrative business of disinformation – from chief disinformation architects to online foot soldiers who do the dirty work.