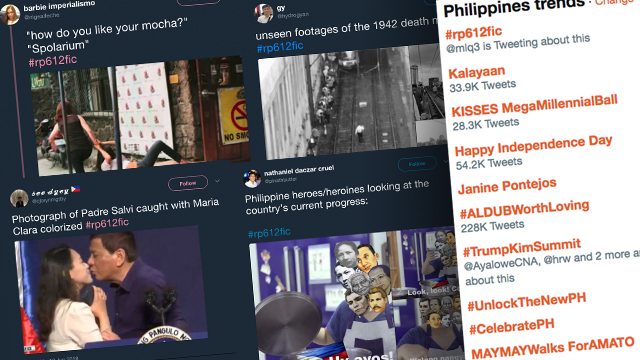 MANILA, Philippines – Remember the trend of imagining how Philippine heroes would act or what they would say in today’s modern world?

The viral hashtag #RP612fic, which means “Republic of the Philippines June 12 fiction,” made a comeback on Tuesday, June 12, as the country celebrated its 120th Independence Day.

The hashtag was among Twitter’s Philippine trending topics on Tuesday afternoon. 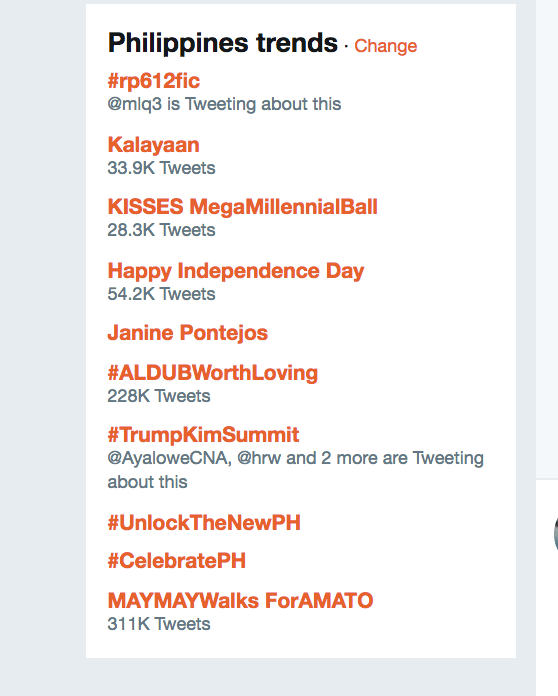 Using the hashtag, Filipinos put a modernized spin on the heroes and stories we read about in our elementary school textbooks.

Many used popular internet jokes and memes, adapted for #RP612fic.

bae: there's no one home

A rare photo of Jose Rizal with his thesismates preparing for their Final Defense.#RP612fic pic.twitter.com/hcQG5DCHMW

A rare colorized photo of Simoun's reaction after Isagani threw the lamp in the river. #RP612fic pic.twitter.com/sb1D796Wyj

signing of the Treaty of Manila between PH and US govt., 1946 #rp612fic pic.twitter.com/2cENUqLUng

A number of them made fun of the current state of the Philippines.

A group of Filipinos doing a bayanihan to bring Mt. Mayon from Naga back to Albay. #rp612fic pic.twitter.com/KWskJWINE0

These are just a few of the #RP612fic jokes that Filipinos have come up with. What are the wittiest ones you’ve seen? Share them with us! – with reports from Gab Landrito/Rappler.com

Gab Landrito is an intern at Rappler for the MovePH and Social Media sections. He studied Communication Arts at the University of the Philippines Baguio, with a minor in Journalism.