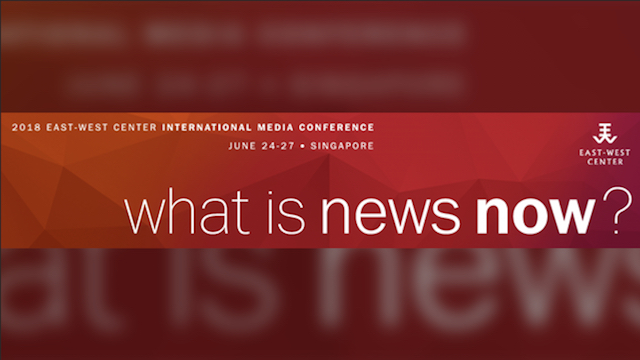 The intersection of media, technology and social change has brought profound disruption to the business of news and storytelling. This East-West Center conference will bring hundreds of media professionals together to look at new-era trends and transformations in media and the news itself.

The conference will include speakers on transformative issues shaping today’s world, particularly in the Asia Pacific region — artificial intelligence, digitalization, China’s rise, populism and identity politics, future of trade, smarter cities, and emerging issues that may not have yet made the news.