The power of storytelling: How your social media post can have impact 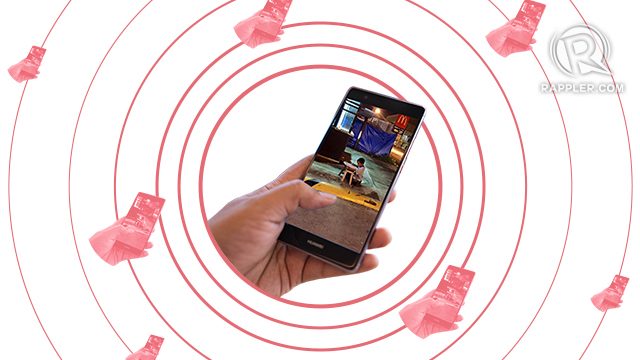 Facebook Twitter Copy URL
Copied
What makes a story powerful enough to make a difference? For starters, it all begins with one thing: mission.

MANILA, Philippines – In the era of social media where information spreads swiftly and exponentially, it takes only one driven story to make all the difference.

During the Social Media Week Manila 2019 held on Tuesday, November 12, Rappler Head of Partnerships and Communities Jenny Chua talked about how we can create ripples of impact through social media.

This especially matters when you’re in the Philippines, the social media capital of the world.

According to a 2019 report, the Philippines, for the 4th straight year, topped worldwide social media use. Of our internet population, 99% are on at least one social media platform. And of the 76 million social media users, 75 million are on Facebook. Almost the entire Filipino online population is essentially within your reach through social media.

“You have the power to create stories that matter,” said Chua. “Every person has the power now to affect emotions on social media.”

In social media, users not only consume content but create content themselves. Everyone creates and shares their story, but not all of them bear relevance to create impact.

So what makes a story powerful enough to make a difference? Chua explained the power of storytelling on social media in 3 ways, and they all start with one thing: mission.

Stories that inspire and spark hope

Remember this photo of a boy studying on the pavement of a fastfood chain parking lot?

In 2015, the heart-wrenching story of Daniel Cabrera, then 9 years old, made rounds on social media, and even received attention from the international community, with individuals and organizations alike stepping in to offer help. But more than the outpour of donations, Cabrera’s story also sparked conversation on the persisting problem of poverty and on the education system in the country.

Cabrera, 4 years later, would graduate from elementary school at 13 years old, and is now in Grade 7 – his education secured by a charity, and his family’s monthly rent paid by a volunteer.

During her talk, Chua said that social media users should use to their advantage the strength of platforms, in terms of reach and immediacy, to tell stories such as Cabrera’s – one that builds dreams and inspires hope.

Amid challenges and despair, to hope, after all, is human.

Social media has significantly changed the landscape of public discourse. For one, it has provided a space where people have become more vocal about their personal experiences and opinion on various topics.

Consequently, social media, Chua said, has become a platform to challenge norms and tackle social issues, most of which people used to hardly talk about in the open.

For instance, the #MeToo movement, now a global campaign, encourages women to come forward and share their stories of sexual violence, giving light on the magnitude of an issue that has long been trampled with impunity. It encourages women to speak up, and to amplify the call against rampant sexual violence on the streets, in school, in the workplace, and even at home.

Recently, Rappler has also launched its #ManyWaysToZeroWaste movement, which encourages Filipinos to share stories and efforts – however small – of adopting a zero-waste lifestyle. The movement aims to reduce plastic use in the Philippines, which is reported to be the third largest contributor of plastic pollution in the world. (READ: How going zero waste is addressing PH’s plastic pollution)

These stories, Chua said, “encourage Filipinos to be better.”

Stories that shape the truth

Needless to say, being the social media capital of the world also comes at a great cost. While the platform has opened up a space for people to build communities and promote their advocacies, it’s also easily become a hostile environment – anyone who disagrees becomes a potential target for troll attacks, lies spread even faster than truth, and propaganda campaigns have manipulated public opinion and have vastly polarized the Filipino online community – suddenly, people don’t agree anymore with the facts.

Some may have made use of social media for social good, but others have weaponized the platform for malicious gain. Widespread disinformation now poses a serious threat to our democracy – or what is left thereof.

In these challenging times, Chua said that users must be critical of every information they come across on social media. But more importantly, users should have the courage to stand for truth.

“The trolling and the bots paralyze us. Nakakatakot, baka ma-bully ka. (It’s frightening, you might get bullied.) But you have to be courageous because we know we are responsible and we can do something about it,” said Chua.

With these threats of intimidation and attacks, sharing your story would, more often than not, mean putting your privacy, safety, and even sanity on the line.

It is nonetheless a risk worth taking; it was only with courage and by mission that these stories succeeded in making a difference and creating impact – be it to inspire, empower a community, stand with the vulnerable, or stand for truth.

“This is a long game. There’s no immediate solution to where we are today,” Chua explained. “But every good and truthful story counts.” – Rappler.com