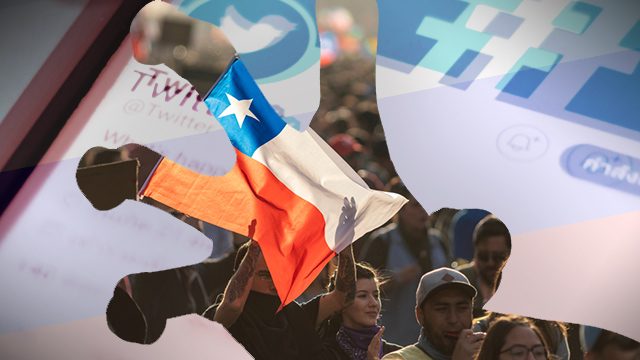 MANILA, Philippines – Russia-linked Twitter accounts tried to influence the protests that exploded in South America in the latter half of 2019, according to the US State Department.

The New York Times reported on Sunday, January 19, that the State Department concluded that an influence campaign was underway because they observed similar social media activity over the period of the protests, which otherwise had little in common.

In Chile, nearly 10% of tweets that supported the protests in late October came from Twitter accounts that had a high certainty of being linked to Russia.

In Bolivia, immediately after President Evo Morales resigned on November 10, the number of tweets associated with Russia-linked accounts went from less than 5 to more than 1,000 a day.

And over a 30-day perod, Russia-linked accounts posted similar messages within 90 minutes of each other in Ecuador, Peru, Bolivia, Colombia, and Chile.

The Russian operations in South America appear to have been aimed at stirring dissent among the countries that supported President Nicolás Maduro’s resignation in Venezuela.

The State Department routinely monitors suspicious activity on Twitter worldwide. Their analyses were sent to the New York Times when they asked what the department had seen during and after the protests.

“We are noting a thumb on the scales,” said Kevin O’Reilly, the deputy assistant secretary of state overseeing issues in the Western Hemisphere. “It has made the normal dispute resolutions of a democratic society more contentious and more difficult.”

Russian influence campaigns on social media have affected elections in the US and Europe, sowed anti-Western sentiment in Africa, and moved China and Iran to use similar tactics.

In the Philippines, similar tactics of Russian propaganda warfare have been observed since 2015 and “experts” who are cited by state-financed Russian news organizations are also cited by Philippine websites that spread disinformation. – Rappler.com