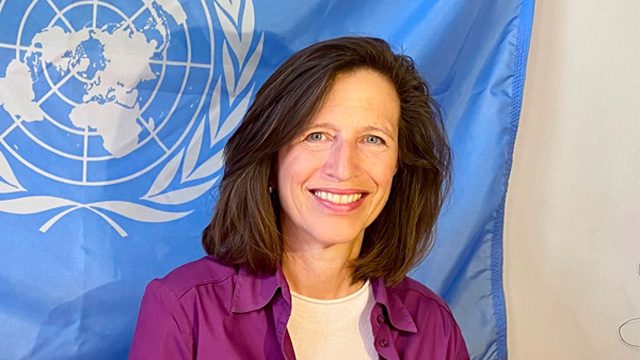 MANILA, Philippines – Fact checking and a free press are needed more than ever, as the world grapples with the COVID-19 pandemic, said United Nations (UN) Undersecretary General for Global Communications Melissa Fleming.

“I mean, misinformation is nothing new, as you all know, because this is your lifeblood, but I think in a public health emergency, there’s no greater need,” Fleming said in a conversation with International Fact Checking Network Director Baybars Örsek on Monday, June 22.

Fleming was the keynote speaker at Global Fact 7, an annual conference that will be held entirely online this year due to the coronavirus outbreak.

“It’s just been actually quite disturbing and shocking for all of us to watch, you know, how people’s fears are being played on and exploited by purveyors of misinformation and disinformation,” Fleming said, adding that the deliberate spread of misinformation is putting lives at risk.

This is the first global pandemic happening during the social media era, said Fleming, which makes sharing information not only more personal, but also fueled by social media algorithms.

“So we are in a race against time like we never have been before, and we need to be as clever as those who produce the…often very slick content for misinformation channels,” she said.

Fleming was also asked about fact checkers’ role in crafting policy that does not lean towards censorship in the name of fighting misinformation.

In response, the UN undersecretary general said that journalists and fact checkers’ work is essential during a public health crisis such as this, not only to provide accurate information but also to hold leaders accountable.

“We have, in recent times, [heard] about disturbing reports that the pandemic is being used as an excuse to crack down on journalists and also perhaps hindering their ability to do their work,” said Fleming. “But even, you know, there have been some, some disturbing reports of imprisonment and even retaliation against them and we’re really calling governments out on this and speaking out.”

The UN is collaborating with the global fact-checking network First Draft for Verified, an initiative that provides a daily feed of verified content for “information volunteers” to share.

In 2020, Global Fact 7’s public track will run from June 22 to 26. It includes 24 free panels on the challenges of fact checking in different regions, the latest research in the field, the efficacy of fact checking methods, and more.

The private track, which is open to registered participants, will take place from June 29 to 30.

Rappler has been an official signatory of the IFCN since 2017. – Rappler.com