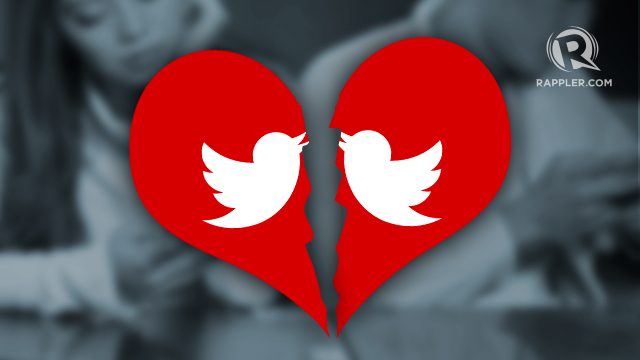 A study entitled “The Third Wheel: The Impact of Twitter Use on Relationship Infidelity and Divorce” by Russel Clayton of the University of Missouri suggests that “active Twitter use leads to greater amounts of Twitter-related conﬂict among romantic partners, which in turn leads to inﬁdelity, breakup, and divorce.”

The study asked 581 participants to answer questions such as: ‘‘How often do you have an argument with your significant other as a result of excessive Twitter use?’’ and ‘‘Have you physically cheated on your signiﬁcant other with someone you have connected or reconnected with on Twitter?’’

The study found that it doesn’t matter if you’ve been part of the cozy twosome for years or if you’re a fairly new couple. You’re just as prone to conflict over Twitter.

But don’t worry. All hope is not lost. According to the same study, “recent reports have shown that SNS (social networking site) conflict can be reduced when partners share joint accounts.” You can also avoid conflict by moderating use, says Clayton.

The author of the paper previously co-authored an article investigating the relationship between Facebook use and conflict in relationships entitled “Cheating, Breakup, and Divorce: Is Facebook Use to Blame?” The study found that unlike in the Twitter study, fairly new relationships are more susceptible to conflict over excessive Facebook usage versus couples who have been together longer. – Rappler.com