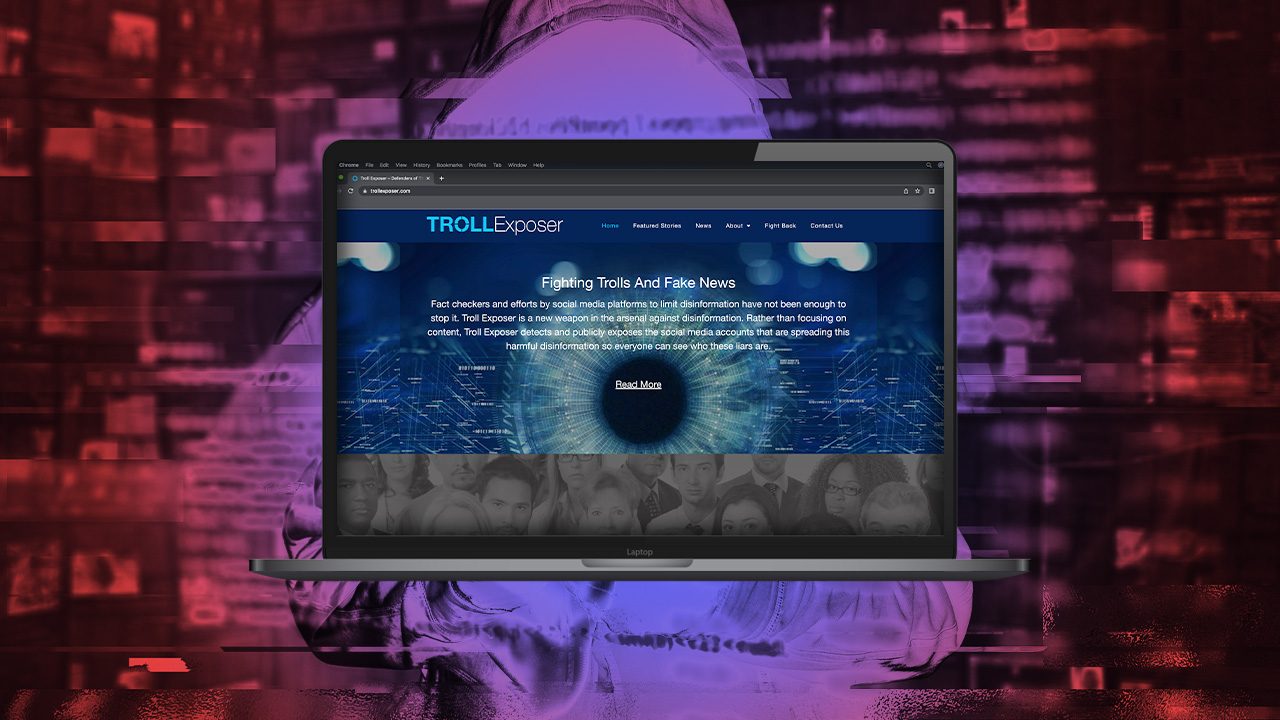 The US Filipinos for Good Governance (USFGG) announced on Tuesday, May 3, Philippine time, the launch of trollexposer.com, a website “dedicated to exposing troll pages, accounts, and groups on Facebook.”

The group, composed of dual citizens of the Philippines and the US, has called it a new weapon in the arsenal in the fight against disinformation. It named presidential candidate Ferdinand Marcos Jr. in its press statement, mentioning how “rampant disinformation clearly favors him” while he continues to deny his use of trolls. Experts have said that Marcos Jr. has been reaping the benefits of years of disinformation while rival Leni Robredo has been found to have been a top target of disinformation.

The group said it has found a hundred Marcos trolls who have “coordinated with each other through fake accounts, to spread fake news in sustained malicious attacks” against Robredo.

“Our country has become extremely polarized through vigorous troll activity” said Eric Lachica, USFGG Washington DC coordinator. “Trolls have found fertile ground in weakly regulated social media to saturate the public with disinformation. These lies have been allowed to spread through Facebook for years. Having the presidency decided based on lies that rewrite history and hide the fact that much of this troll activity is state-sponsored would be a tragedy,” he said. “We hope it is not too late to detoxify the minds and hearts of our people.”

The group also said that part of its reason for creating the troll exposer website is that it has found Facebook’s actions against disinformation lacking. It said it has, in the past, called the platform’s attention towards accounts that are exhibiting troll behavior and inorganic content-sharing behavior, but said the platform hasn’t addressed their concerns.

“TrollExposer.com provides analysis of the troll networks and activities, and the direct links to the troll Facebook accounts so that the public can explore the pages of the trolls themselves. Now people don’t need to trust sources they might view as biased. They can literally do their own research to discover the activities of the trolls, and find out if the content they view online is actually the result of a covert influence operation, rather than authentic narratives from real people,” the group said in its statement.

“If we can’t get social media platforms to enforce their own community standards, then we need to act ourselves. It is the right of every person to defend themselves from being manipulated by false information,” said Loida Lewis, US Filipinos for Good Governance national chair. “That’s the reason we turned to Troll Exposer. The spread of harmful disinformation, manipulated narratives, and false propaganda needs to stop,” she said.

“We’re calling on Mark Zuckerberg and Meta/Facebook to immediately take down these fake posts and disable the trolls identified in TrollExposer.com to reduce the disinformation on his platform in the lead up to the May 9th election.”

The group also warned that the Philippine situation might mirror the US Capitol riots on January 6, 2021, fueled in part by hateful messaging on social media and claims of electoral fraud in the US 2020 presidential polls.

“The vitriol and divisiveness created by these trolls is making a January 6th-type event in the Philippines more and more probable, regardless of the outcome of the election. Meta/Facebook must act immediately to help protect our democracy by removing the lies that have divided us,” the group said. – Rappler.com