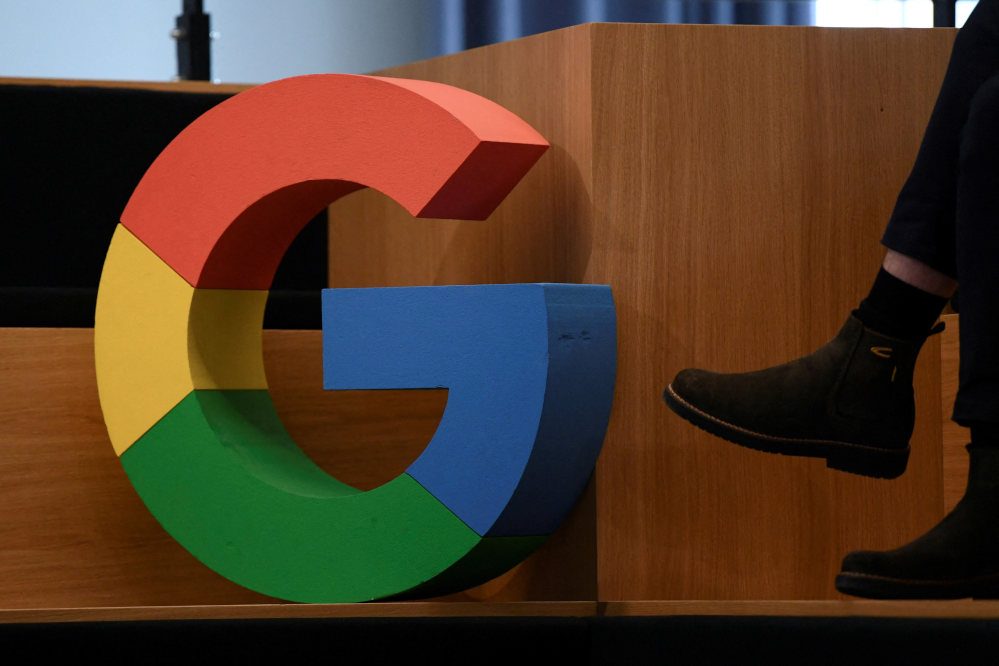 Facebook Twitter Copy URL
Copied
The US government says Google should be forced to sell its ad manager suite, tackling a business that generated about 12% of Google's revenues in 2021, but also plays a vital role in its overall sales

WASHINGTON, DC, USA – The US Justice Department accused Alphabet Inc’s Google on Tuesday, January 24, of abusing its dominance in digital advertising, threatening to dismantle a key business at the heart of one of Silicon Valley’s most successful internet companies.

The government said Google should be forced to sell its ad manager suite, tackling a business that generated about 12% of Google’s revenues in 2021, but also plays a vital role in the search engine and cloud company’s overall sales.

“Google has used anticompetitive, exclusionary, and unlawful means to eliminate or severely diminish any threat to its dominance over digital advertising technologies,” the antitrust complaint said.

Google, whose advertising business is responsible for about 80% of its revenue, said the government was “doubling down on a flawed argument that would slow innovation, raise advertising fees, and make it harder for thousands of small businesses and publishers to grow.”

The federal government has said its Big Tech investigations and lawsuits are aimed at leveling the playing field for smaller rivals to a group of powerful companies that includes Amazon.com, Facebook owner Meta Platforms and Apple Inc.

“By suing Google for monopolizing advertising technology, the DOJ today aims at the heart of the internet giant’s power,” said Charlotte Slaiman, competition policy director at Public Knowledge. “The complaint lays out the many anticompetitive strategies from Google that have held our internet ecosystem back.”

Tuesday’s lawsuit by the administration of President Joe Biden, a Democrat, follows a 2020 antitrust lawsuit brought against Google during the term of Donald Trump, a Republican.

The 2020 lawsuit alleged violations of antitrust law in how the company acquires or maintains its dominance with its monopoly in online search and is scheduled to go to trial in September.

California State Attorney General Rob Bonta said that Google’s practices have “stifled creativity in a space where innovation is crucial.”

Colorado Attorney General Phil Weiser said that Google’s dominance had led to higher fees for advertisers and less money for publishers with ad space to offer. “We are taking action by filing this lawsuit to unwind Google’s monopoly and restore competition to the digital advertising business,” he said in a statement.

Google shares were down 1.9% on Tuesday.

In addition to its well-known search, which is free, Google makes revenue through its interlocking ad tech businesses. The government asked for the divestiture of the Google Ad Manager suite, including Google’s ad exchange, AdX.

Google Ad Manager is a suite of tools including one that allows websites to offer advertising space for sale and an exchange that serves a marketplace that automatically matches advertisers with those publishers.

Advertisers and website publishers have complained that Google has not been transparent about where ad dollars go, specifically how much goes to publishers and how much to Google.

The lawsuit raises concerns about certain products in the ad tech stack, where publishers and advertisers use Google’s tools to buy and sell ad space on other websites. That business was about $31.7 billion in 2021 or 12.3% of Google’s total revenue. About 70% of that revenue goes to publishers.

An ad tech divestiture “may not be a game changer but it could be sneaky important to Google’s ad targeting capability,” said Paul Gallant with the Cowen Washington Research Group.

“It connects to all of Google’s other businesses and ties them together. I think Google might be more concerned about losing ad tech down the road than people might think,” Gallant said.

The company made a series of purchases, including DoubleClick in 2008 and AdMob in 2009, to help make it a dominant player in online advertising.

While Google remains the market leader by a long shot, its share of US digital ad revenue has been eroding, falling to 28.8% last year from 36.7% in 2016, according to Insider Intelligence.

The Justice Department asked for a jury to decide the case, which was filed in the US District Court for the Eastern District of Virginia.

The lawsuit lays out a number of Google’s attempts to dominate the advertising market.

The complaint discussed header bidding, which was a way that companies could bypass Google to bid on ad space on websites.

It lays out a series of projects including one dubbed “Project Poirot” named after Agatha Christie’s master detective, Hercule Poirot. The project “was designed to identify and respond effectively to ad exchanges that had adopted header bidding technology.”