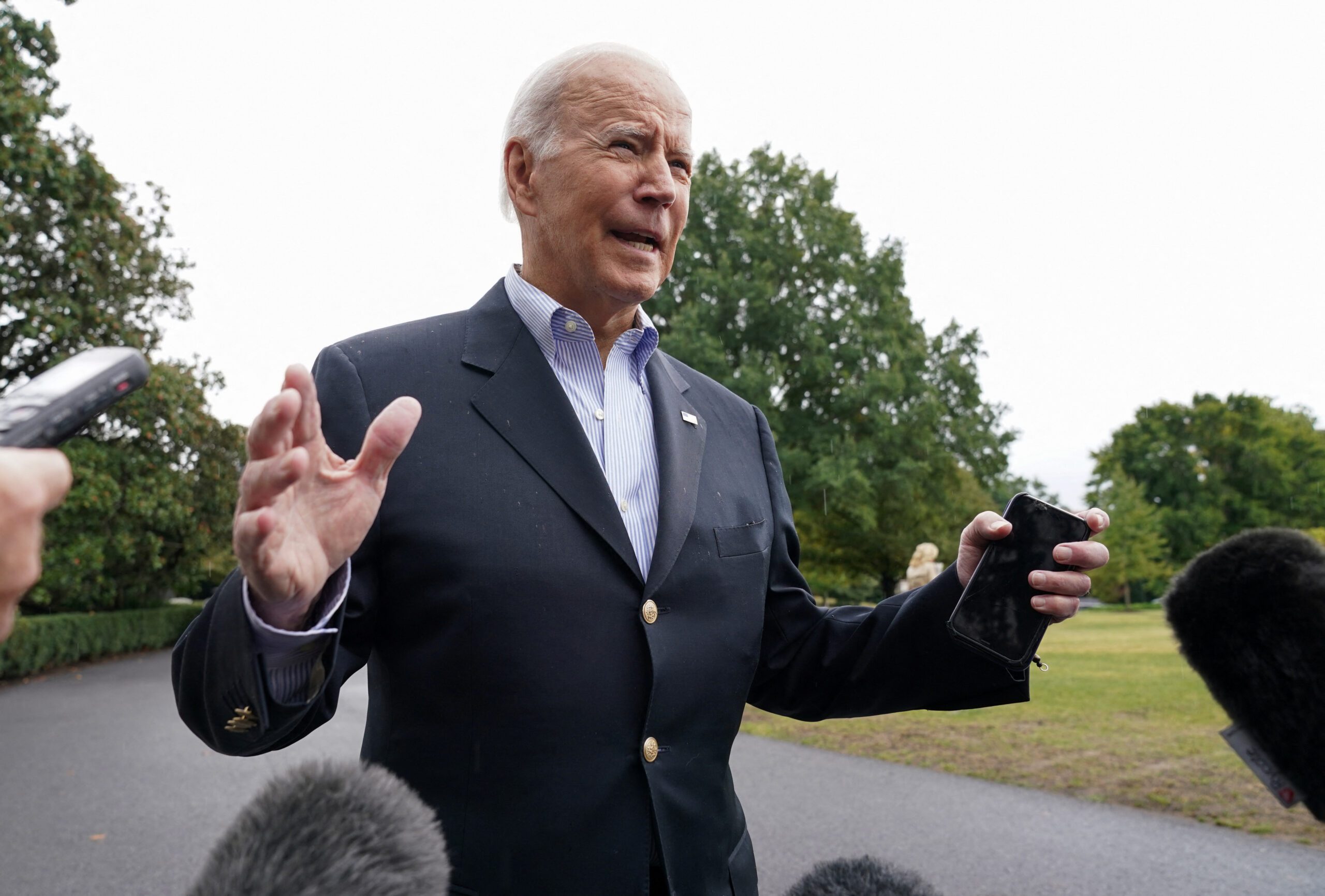 BIDEN. US President Joe Biden speaks to reporters as he departs for Puerto Rico from the White House in Washington, US, October 3, 2022

The White House on Tuesday, October 4, proposed a non-binding Artificial Intelligence (AI) Bill of Rights that it said would help parents, patients and workers avert harm from the increasing use of automation in education, health care and employment.

The Biden administration’s proposal joins hundreds of other guidelines and policy frameworks released by tech companies, industry associations and other government agencies over the past few years.

Like the others, the White House version suggests numerous practices that developers and users of AI software should voluntarily follow to prevent the technology from unfairly disadvantaging people.

In some cases, algorithms for administering healthcare have not prioritized the needs of Black patients, and facial recognition has been deployed for policing in schools despite its potential for underperforming on darker skin tones.

“These technologies are causing real harms in the lives of Americans, harms that run counter to our core democratic values, including the fundamental right to privacy, freedom from discrimination and our basic dignity,” a senior administration official told reporters.

Some companies have introduced ethical safeguards into practice. But administration officials said they were concerned that new problems with AI are emerging.

The Biden administration’s move comes at a time when the European Union is moving toward regulating high-risk systems while the United States has not come close to a comprehensive law to regulate AI.

The pro-business US Chamber of Commerce warned that the non-binding proposal could hurt American businesses if they became rules.

“There are some recommendations in the AI Blueprint that, if enacted into rules by policymakers, could handcuff America’s ability to compete on the global stage,” said the Chamber’s Jordan Crenshaw in a statement.

Tuesday’s announcement did not include proposals for new laws. Instead, officials said regulators including the Federal Trade Commission would continue to apply existing rules to cutting-edge systems.

The White House’s proposal says everyone in America should be protected from unsafe or ineffective systems, discrimination by algorithms and abusive data collection. They also should be entitled to notice and explanation concerning AI programs they encounter.

The Bill of Rights also asks companies, government agencies and others adopting AI to conduct significant testing and oversight and publicize results, so stakeholders can understand what a “reasonable starting point is” for action on issues, senior administration officials said. – Rappler.com