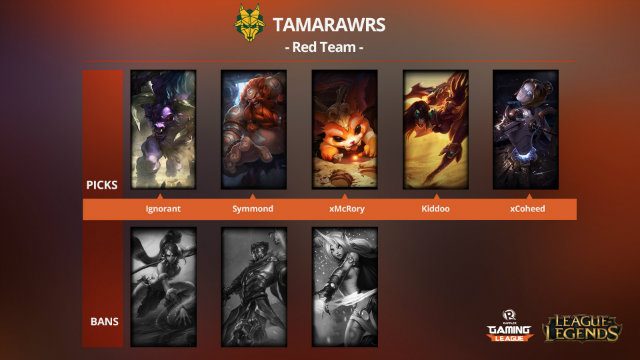 Ateneo Azure Eagles, on the other hand, plans to dance with FEU’s raw force with their split-push, and disengage advantages. Their utilities bait out aggressive engages, and the Evelynn pick allows them to sneak behind enemy lines. Bans on Nautilus, Fizz and Rek’sai give them less of a headache in protecting their Jinx.

AZE soars high throughout the game. Flawless Dark Bindings from AZE.Celestial Mikoz-Morgana secures quick picks and is able to swiftly assert their dominance. Tamarawrs.xMcRory-Gnar shifts the pace with a well-timed teleport, shutting down AZE’s roamers, leading to FEU’s first dragon. AZE.foopie-Shen and AZE.King of Motus-Evelynn wise use of spells aid them in securing clutch kills and counter-engages. But while either are absent in clashes, the Tamarawrs started stampeding down the mid-lane to destroy the inhibitor. FEU’s demise comes when their all-in tactic falters because of a well-protected AZE.Tenno-Jinx blasting them from the backline. It’s the switcheroo for Game Two. This time, the Eagles bare their talons with a strong engage, and flank while having protection for their Jinx.

Tamarawrs tread lighter with a Tristana in their line-up and a high-utility composition for that protection. Shyvana rests more comfortably in her jungle camps with their hard to gank lanes. A respect ban was set for King of Motus’ Evelynn.

The Azure Eagles draws the First Blood thanks to AZE.Zen is such a qt-Gragas’ early gank on the unwarded bot lane. Teams answer each other’s kills quite well throughout the game. The tilt comes thanks to Tamarawrs.Ignorant-Alistar being a good team mascot in the frontlines. Eagles, however, have their eye on the objectives better. AZE.Celestial Mikoz-Soraka just heals up the damage that FEU lays, while the Tamarawrs absorb too much damage before they could set. Tamarawrs.xMcRory-Morgana’s deep 3-man Soul Shackle and clutch Zhonyas, fail to snag King of Motus. FEU gets caught by the Eagle’s Shockwave instead, herded for butchering, to end the game. 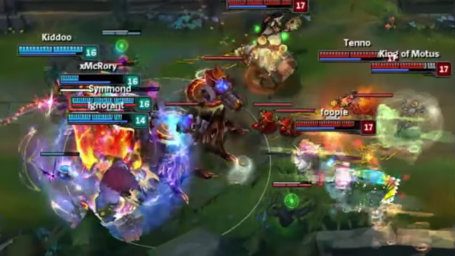 Want to see more epic plays? Highlights of the series can be viewed here.

Rally with us this August 8 2015, Saturday, for the next battle between Asia Pacific College (APC) Rams and Mapua Institute of Technology (MIT) Kryptonite, 6 PM, at twitch.tv/rapplerdotcom! – Rappler.com